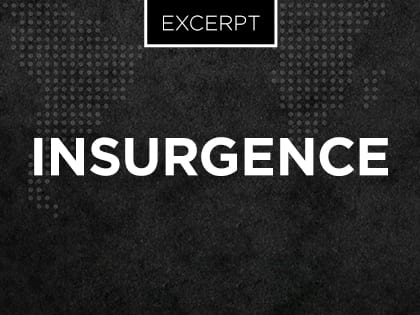 The modern version of the gospel we’re preaching doesn’t have the power of the first century gospel that we need to recover.

Excerpted from
Insurgence
By Frank Viola

With rare exception, the gospel that was preached in the first century doesn’t exist today. I realize that’s a searing statement, but I have hopes of reclaiming that gospel.

The gospel that John the Baptist, Jesus, Paul, Peter and the rest of the apostles unleashed on the world was so titanic, so overwhelming, so radical and so utterly uncompromising that it made the strongest of men quake.

The early apostles ripped the earth apart by the seams bare-handed, by the power of the gospel they preached and lived. They were firebrands, rare breeds, unlike anything that most of us have ever encountered. They left all to follow Jesus Christ and live for his kingdom. Their devotion was resolute, total and utter.

Their gospel overturned the status quo, regardless of the country in which it was proclaimed. It was so revolutionary and subversive that it got those who dared preach it into boiling water.

It got John the Baptist beheaded. It got Jesus crucified. It got Peter imprisoned. It got Paul killed. It incited riots. It provoked misunderstanding. It caused division, strife and conflict, even among friends and family. The claims of Jesus Christ regarding his kingdom are so absolutely total that they threaten our closest relationships.

This gospel brought persecution, hatred and disruption wherever it was announced. This is true today, even in countries like the United States of America, where there is freedom of speech.

This gospel was so powerful that Paul of Tarsus could walk into a Gentile city empty-handed, and pagan Gentiles would turn away from their idols and immorality to give their complete allegiance to Jesus of Nazareth as this world’s true Lord.

From Outreach Magazine  What to Do When Your Outreach Event Flops

Paul could leave that city after being there for only a few months, abandon it for a year, and return to find those same ex-pagan Gentiles still following Jesus Christ.

Because of the revolutionary message of the gospel, it was a terrifying thing to be a Christian in the first century. You were an insurgent to the present order. A revolutionary. Someone viewed as dangerous.

The gospel of the kingdom is a gospel of spiritual violence. It shakes nations to their foundations and provokes either obedience or rejection. It’s so powerful it will upset every generation that hears it, altering the lives of those who submit to its claims.

This is true even in societies like the United States of America where “freedom of speech” is the norm. The gospel of the kingdom, when preached without compromise and in its original purity, sounds treasonous.

Those who obey this gospel stand unmovable on this earth. You can throw anything at them, and it won’t shake them from their devotion to the true King, the Lord Jesus Christ. The gospel of the kingdom calls the world to account, and the world is forced to reckon with those who proclaim it. Including the world of religion.

Again, the gospel I’m describing hardly exists today. And this is why we are losing masses of young people to Western consumerism, to gangs and to terrorist groups. The latter preach a counterfeit gospel and a counterfeit insurgence. It’s also why modern-day Christianity is so weak and ineffective.

It is high time for the gospel of the kingdom—the true gospel and the true insurgence—to be recovered today. 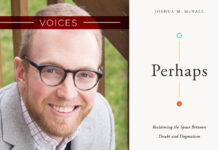