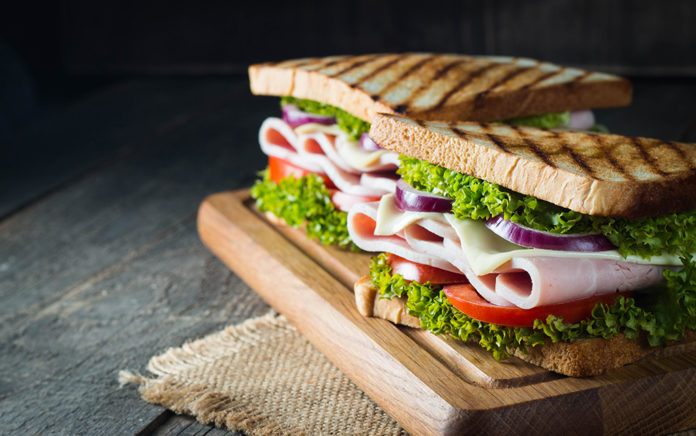 Is it possible that something as simple as inviting a person to lunch after church could save their life?

It has long been known that faith plays a protective role when it comes to suicide. Those who believe in God are between four and six times less likely to commit suicide as those who don’t.

The way a local church does life together can provide the connection and hope a person desperately needs. More specifically, how members of a church community love one another through hospitality could be the key to keeping a person from taking their own life.

At the root of hospitality is hospital. Hospitality heals. Below are five practices to help you bring healing through hospitality to the depressed and anxious in your church.

How does your church welcome newcomers and make members feel at home? I recall preaching at a large church in Michigan, where about 11,000 people attended the multiple services that day. The person leading the worship music had flown in from England. He was fantastic. At the end of the last service, the church emptied, and he and I were left standing alone. No one invited us to eat. We decided to have lunch together and pick up anyone we saw hanging about. Five of us eventually made our way to a restaurant.

I still remember the feeling of loneliness when everyone cleared out—and I was the preacher that day! What must someone who is just visiting for the first time feel like, especially if they are already depressed, anxious, or suicidal? Consider ways you might alter your ministry to welcome others through genuine acts of hospitality.

In the parable of the sheep and the goats, when Jesus separates the people of the nations into the damned and the saved, the first thing he mentions is being offered a meal and a drink by those who didn’t recognize him. He also says, “I was a stranger and you welcomed me.” In addition to this, remember that the damned forgot to offer food and drink, and he says to them, “Depart from me!”

A median-sized church in America has 75 people in attendance on a Sunday. Each Sunday, someone should have the task of inviting visitors home to eat or inviting them out for lunch. They should also be on the lookout for church members who need company. Make sure you pick up the tab when you are with them. And absolutely, positively be certain to pick up the bill when you are with non-Christians. Jesus said they would know his followers by their love for one another.

From Outreach Magazine  Pursuing Greater Things for Ourselves ‘In Jesus’ Name’

When my wife Nancy and I first moved to Kentucky, we joined a small church. Nancy taught at the local Christian college, so we usually sat with a group of students in a couple of pews toward the back. Around midterms, Nancy noticed several students looking particularly worn down, so she asked if any of them would like to join us for lunch after church. Surprise! They all said yes—two pews full of students! Our family jumped into action: After the last “amen,” we rushed home, added more stock to the soup simmering on the stove, sliced a fresh loaf from the bread maker, and set the table for twelve. As a result of that spontaneous invitation, our couch became a welcome landing place for one of those students when she felt particularly down, and our table became a gathering spot for a regular “homemade bread and spread” game night on Friday evenings for a bunch of lonely undergrads.

PEOPLE WHO ARE SINGLE, DIVORCED OR WIDOWED

A high-profile journalist once confessed to us that Sundays are the hardest day of the week. Newly single after a divorce rocked her world, she traveled and spoke on national news shows throughout the week. On Sundays after church, she craved Christian fellowship, but her weeks were too busy and unpredictable to initiate plans. She shared her struggles with depression and suicidal ideation, especially after the death of her mom. Though she dined at fancy restaurants all week long, on the Sabbath her heart longed to share supper with a family or to go on a hike and have a picnic with friends. God has given all of us eyes to see and ears to hear those who are single, divorced, and widowed among us—those who are longing for companionship, especially on Sunday afternoons.

Some of the healthiest churches where I have preached eat together weekly. The meal can take place before, between, or after services. Eating does not have to involve anything dramatic. Sandwiches can do, but remember, you might be welcoming the Lord. And don’t forget to invite the pastor!

BREAKING BREAD WITH THE HOMELESS

I have also preached at churches that offer a meal and worship service one evening a week for the homeless. The homeless population has a higher than average concentration of people suffering from depression and suicidal ideation. Treating these people with dignity over a shared meal is a very practical way your church can nourish bodies and spirits while possibly saving lives.

The early church was made up of people like you and me. After Jesus was captured by the authorities, his followers scattered. When Peter was asked if he was one of Jesus’ followers, he swore, “I never knew the man!”

Yet only a short while later, Peter was willing to stand up to anyone, even if they beat him to death. Why? Because he had seen a man come back from the dead with his own eyes. This is what gave him and others the courage and hope to spread the gospel.

We need to see men and women come back from the dead too. This is what will happen when you and your church get involved in others’ lives through simple acts of hospitality.

Jesus died so that we can have life, and life more abundantly. Let us live in such a manner that the lonely and hurting among us can have hope.

Dr. Matthew Sleeth, the executive director of Blessed Earth, was recognized by Newsweek as one of the nation’s most influential Christian leaders. This article is adapted from his forthcoming book, Hope Always: How to Be a Force for Life In a Culture of Suicide.