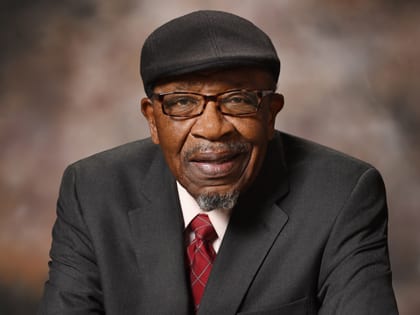 “The problem of reconciliation is much too big to be wrestled to the ground by plans that begin in the minds of men.”

Parting Words to the Church on Race

I’m eighty-seven years old. I’ve lived a long life, and I’m full of gratitude for the opportunities that I’ve had to serve a wise, merciful, almighty God. I’m continually in awe of how far he has brought me, a poor boy from Mississippi with only a third-grade education. I grew up in a sharecropping family in Mississippi and dropped out of school between the third and fifth grade. Yet, by God’s grace, I’ve lectured at world-renowned universities and received honorary doctorates.

My older brother Clyde, who served his country in the Army in World War II, was shot and killed by a deputy marshal soon after returning home. I have been spat upon and brutally beaten by police. Yet, by God’s grace, I’ve worked tirelessly to help build good relations between local police and urban communities. I’ve ministered in country towns, inner cities and before large crowds. I’ve traveled across Europe, Asia, Africa and Latin America. I’ve had the privilege of teaching wide-eyed emerging leaders as well as foggy-eyed accomplished pioneers.

For more than sixty-five years, I’ve known the love of a wonderful woman. Together, Vera Mae and I have raised and loved eight children, thirteen grandkids and eight great-grandkids. We’ve witnessed the miracle of birth, but also experienced the pain of losing our oldest and youngest sons.

At my age, I’m thankful to God for a mind sharp enough to keep studying his Word. I’ve given most of my life to the cause of reconciliation, fighting the battle in the trenches and working with community development organizations.

Over the years I’ve developed the 3 Rs—relocation, reconciliation and redistribution—to offer a process to help communities work together to balance some of the inequities of life in America. By God’s grace, much good work has been done; and I’m humbled to have been a part of it.

But as I come closer to the end of my journey, I am aware that community development can only take us so far—because this is a gospel issue. The problem of reconciliation in our country and in our churches is much too big to be wrestled to the ground by plans that begin in the minds of men. This is a God-sized problem. It is one that only the church, through the power of the Holy Spirit, can heal. It requires the quality of love that only our Savior can provide. And it requires that we make some uncomfortable confessions. G.K. Chesterton said, “It isn’t that they can’t see the solution. It is that they can’t see the problem.” I believe this statement can be applied to the lack of reconciliation within the church today. We’ve not been able to arrive at the solution because we haven’t seen or acknowledged the problem.

From Outreach Magazine  What Are Pastors’ Views on Illegal Immigration?

The apostle John talks about that: “If someone says, ‘I love God,’ and hates his brother, he is a liar; for the one who does not love his brother whom he has seen, cannot love God whom he has not seen” (1 John 4:20). We’ve taken out these key parts: reconciliation and the requirement for justice, essential and crucial parts of the gospel.

For most of my life I have been working hard to help us fill in this deep, gaping hole by insisting that we admit to some hard truths. From our early days as a country we adopted the practice of slavery and demonized the slave as inferior, subhuman and deserving of exploitation. For this wicked system of slavery to survive there had to be distinctions made between normal folks and this new breed of people that would be treated like animals. This is where the idea of race came into play.

From Outreach Magazine  Francis Chan on Evangelism and Culture

In many ways this is a short book about everything I want the church to know before I leave this place. You can have a conversation with a person, talking for hours, but it seems like the last words are what finally speak from their heart. Last words are important. There’s an urgency about them. But the urgency is not only on my account. We have only to look at the signs of the times to realize that the church may not have long to get this right. We may not have much time left to offer the world a glimpse of this unity that will point the eyes of the watching world to the power of our great God. Yes, there’s an urgency. Time is running out … for all of us. But while we still have time, let’s reflect on the heart of Jesus, who prayed earnestly that his church might one day be one. This is what I want you—the church—to know. This is my manifesto.

Taken from One Blood: Parting Words to the Church on Race by John Perkins with Karen Waddles (©2018). Published by Moody Publishers. Used by permission.