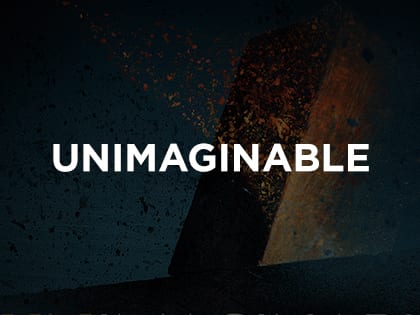 Our society is fractured by modern-day racism. Christians today must lead the way in the same spirit of our Christian ancestors and work tirelessly to see the stain of racism removed.

My wife and I first met Sujo John less than two months after he survived the 9/11 terrorist attacks. Sujo was at work that morning, on the eighty-first floor of Tower 1 of the World Trade Center in New York City, when the first plane struck just two floors above him. Sujo and others raced down the stairs, but just before he could vacate the building, the tower collapsed and he was buried in debris until finally escaping. Sujo had flown to our city to share his survival story with the church where we served on the pastoral staff. To say his story is powerful would be a significant understatement. Over dinner the night before our Sunday services, Audrey and I found it difficult to eat, even breathe at times, as we listened to Sujo recount his firsthand experience with the grim events of 9/11.

Sujo’s story of survival and abiding faith in God while facing certain death continues to capture the hearts and minds of men and women all over the world, but he is not defined exclusively as a 9/11 survivor. Sujo is now using his gifts and global opportunities to combat a far greater evil than extremist terrorism: human trafficking and slavery.

Sujo and his wife, Mary, parents of three beautiful children, founded an international human rights organization called You Can Free Us, which is fighting human trafficking around the world through advocacy, rescue, rehabilitation, and prevention. Over 45 million people are enslaved in the world today—more than any other time in history. What’s more, 80 percent of those enslaved are used in sexual exploitation. Women and children make up 95 percent of modern-day slaves.

Of course, slavery is hardly only a modern-day problem. It was ubiquitous in Roman times and even further back in Greek history. Plato’s will revealed that he had five slaves, and Aristotle had fourteen slaves when he died. However, Plato did not consider an individual wealthy unless he owned fifty slaves. Yet it might shock you to learn that slaves are much more affordable (even accessible) today than in the Roman Empire. In Roman times, slaves cost up to 175,000 denarii. Hundreds of years later, during the transatlantic slavery period, slaves were still quite expensive, selling for what amounts to an estimated $40,000 in today’s economy. Sadly today, slaves can be purchased for ninety dollars, or the equivalent cost of a pair of Nike shoes. My own home city of Houston is one of the busiest hubs for human trafficking in the United States. During my interview with Sujo, he pointed out that in 2009, human-trafficking was a $32 billion industry worldwide but had recently surged to over $150 billion. The problem is real. It is the evil of our time.

Sujo showed me a video filmed inside a modern-day brothel, where child prostitutes were caged in cells. The feeling I experienced while watching that video clip matched what I felt just one other time in my life, when I visited a concentration camp. I was reminded of how Jesus showed his love for children when he told his disciples, “Let the children come to me, and do not hinder them; for to such belongs the kingdom of heaven.”

From only one religion or belief system historically emerged the conclusion that slavery was absolutely evil: Christianity. In contrast, Islam does not consider slavery to be a sin. Muhammad personally owned and sold slaves. The Qu’ran, Hadith and Sira (Islamic trilogy) contain the most elaborate and comprehensive slave code in the world. According to author Bill Warner, Islam has enslaved more people than any other culture and still practices it in areas of Saudi Arabia, Mauritania and the Sudan.

Christianity has successfully abolished slavery not once, but twice before—in late antiquity and again in the 1800s, with the elimination of the transatlantic slave trade after the American Civil War. Much more could be said (and has been written) about the efforts of Christian leaders like William Wilberforce and John Wesley, who tirelessly worked in the eighteenth and nineteenth centuries to abolish slavery. More recently a third wave of Christians are at the forefront of ending slavery in the marginalized world.

It should be noted that Wilberforce and Wesley lived during the so-called Age of Enlightenment. Were secular philosophers of the time “enlightened” to the evils of slavery? The simple answer is no. As Baylor University professor Rodney Stark reports, a “Who’s Who” of major enlightenment figures supported slavery: Thomas Hobbes, John Locke, Voltaire, David Hume and Edmund Burke, among others.

Many evils are overlooked when it is deemed certain men and women have no right to exist. May we never forget that ordinary Christians courageously and vigorously opposed slavery. I am inspired by Dr. Stark’s assertion that the “potent capacity of monotheism, and especially Christianity, to activate extraordinary episodes of faith have shaped Western civilization.”

What Stopped Racism Then? What Can Stop It Now?

As far back as our available sources take us, philosophers, politicians and playwrights expressed racist opinions and dogmas. But starting in the fourth century, widespread racism ended for hundreds of years. Why was this?

That’s when the Christian movement emerged as a dominant cultural force in the Roman Empire, and the bold socio-theological statement “There is neither Jew nor Greek” took hold. Unfortunately, racist ideology, and with it justification for slavery in the West, reemerged in the eighteenth and nineteenth centuries. The influential voices that spouted this new racist ideology—all of them European—were atheists who explicitly rejected the notion that humanity had been created in the image of God. No, said the atheists, there is no God, and humanity therefore was not created in God’s image. Humanity is not special. Human beings are not equal. Humanity is not one, but is made up of various races or subspecies, some of which are inferior to White Europeans. It was in this post-Christian thinking that the ugly racism of antiquity made its comeback, laying a foundation on which the horrors and tragedies of the twentieth century could take place.

Our society is fractured by modern-day racism. Christians today must lead the way in the same spirit of our Christian ancestors and work tirelessly to see the stain of racism removed. It must begin in our homes and churches. Will you make a fresh commitment to end racism in your community? As followers of Jesus, we must come to the aid of anyone who is marginalized or victimized through racism. And make no mistake, silence is support. We cannot and must not look the other way.

Adapted from Unimaginable by Jeremiah Johnston, copyright © 2017. Used by permission of Bethany House, a division of Baker Publishing Group. All rights reserved.