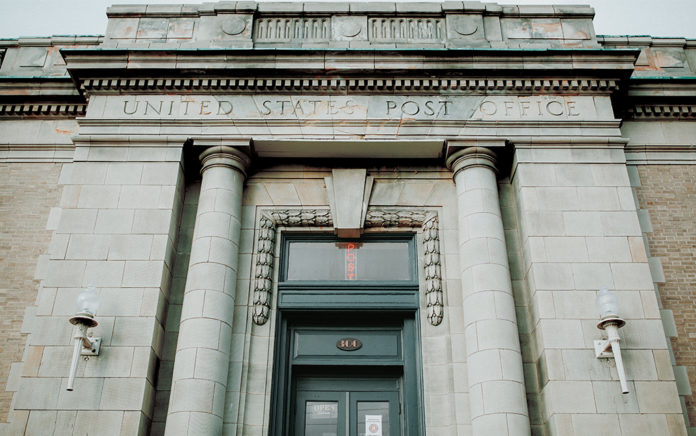 Hugh Halter revitalizes Alton, Illinois, with nothing but an old post office.

The world changed, so ministry changed. While for some churches having services online was nothing new, other ministries found themselves scrambling to do something they never thought they would—going virtual. With orders to stay home, the importance of people finding a virtual place to worship and connect with others became of utmost priority.

It didn’t take many days hunkered down at home for us to also realize we have a deep hunger to be with people outside of our nuclear family. Created in the image of God, we long for deep, close community. We need to be able to open our homes and be in public spaces, to be with people. While virtual community is important, it can sometimes lead to isolation. People can have thousands of friends online and still feel alone. We need communities to meet these neglected relational needs.

Millennials are especially looking for that connection. And they aren’t finding it in church. We know this partly because church attendance has been on a steady decline the last two decades and thousands of churches across America are closing their doors every year. While older generations highly valued “loyalty,” today’s young adults care about meaning and want to be a part of something that makes a difference. If the church maintains the status quo, America will soon become as unchurched as much of the rest of the world.

In 2002 Hugh and his wife, Cheryl, started a small group community in Denver prompted in part by their son Ryan’s severe epilepsy. Because of his disability, the Halters couldn’t leave the house much. Their home became the front line of their mission work; they had to create simple, reproducible rhythms so people could come do life with them.

Twice a month, the Halter family’s community would gather to study the Bible. Once a week, they would throw a party; and every week or so, they would serve the neighborhood together. In just two years, they had 45 people in four groups. They didn’t advertise. They just used natural ways of meeting people—at the place they had coffee every day, in their neighborhood, at their kids’ hockey program.

From Outreach Magazine  How to Have a Conversation on Racism

“I always tell people, don’t add anything to your life. See everywhere you are as a mission field and then just invite people to do life with you,” Halter says.

Eventually Ryan moved out-of-state to an adult assisted-living center. Hugh and his family never thought they’d leave Denver, but they moved to Alton, Illinois, to be close to Ryan. Halter had no idea what he was going to do in the Midwest, especially in a small, struggling community. Alton is a post-industrial river town with a rich Civil War history, located just outside of St. Louis. Its population has gone down from 90,000 to just 27,000 in the last 50 years, so there are a lot of deserted spaces. And with an average annual household income of $24,000, the area is very poor.

When Hugh and his family arrived, there was no coffee shop in the downtown area. No place for breakfast. No space for the multiethnic community to come together, and no relational space for personal or business development. Hugh and Cheryl felt a calling to bring beauty back to the broken town of Alton. And now being empty nesters, they could invite even more people into their home for small group community.

The Halters began to meet people in Alton, one of whom was a local businessman who cared deeply about the community. He took Hugh on a drive to show him different parts of the city. He pulled up in front of an old federal post office and after some small talk, told Hugh, “I think you should have this building. I feel like you will know what to do with it.”

Hugh was blown away by the generous offer. With funds donated by individuals and the city, he, his family and the community began transforming the 12,000 square feet of the former post office into Post Commons, a space that now serves as the living room of Alton.

On the main floor of Post Commons is a coffeehouse, kitchen, co-lab working spaces and an events center for arts and music. The floor beneath is home to Lantern Network. This nonprofit facilitates three microworks in the Alton community: microefforts, microbusinesses and microcommunities.

Dating back to the Civil War, Alton has been a prominent player on both sides of civil rights issues. A terminal for the Underground Railroad, Alton was a place of security and hope. The goal of microefforts is to promote reconciliation and restore hope, building bridges to bring residents together in caring for one another.

Obviously Alton cannot reproduce the steel plant of the industrial boom days, but microbusiness can serve as the incubator for new businesses in the city. These businesses are based not solely on profitability but also on serving others and intentionally developing relationships with people.

Microcommunities are for the individuals already connected and served through microefforts and microbusinesses. They are taught and encouraged in personal spiritual formation and find connection in Christ-centered community.

Hugh hopes Post Commons can be an example to other struggling communities on how they can work together for the common good. He encourages church planters to find out what the city needs and fill the gap, to be a part of redeeming the city to get to the hearts and minds of the people before doing anything else.

“It’s a way of doing church we will all have to do someday,” Halter says. “This is what Jesus meant when he said love your neighbor. It’s a hard sell to traditional churches. But if the church keeps declining like it is in the U.S., there won’t be many options left. It may be the only way that works 20 to 30 years from now.”