Home Resources Barna Research: Why Do Christians Regard Sharing Their Faith as Optional? 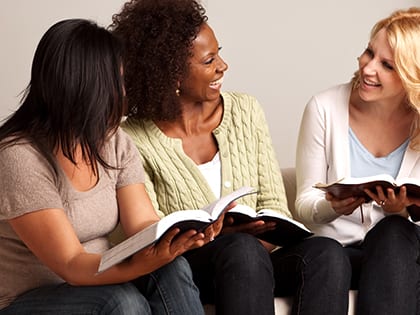 An increasing percentage of Christians don’t think it’s their responsibility to share their faith. Here’s why that might be the case.

When was the last time you had a conversation about God? For most people, the unfortunate and surprising answer to that question is not very often. Spiritual conversations are exceedingly rare for most Americans, and even for Christians, who are at best reluctant to have them.

In 1993, Barna partnered with Lutheran Hour Ministries to research reasons why people did and did not engage in intentional outreach. A lot has changed since that initial study, so 25 years later we asked follow-up questions to see if talk of faith has become labored in a culture that is more digital, secular and contested than ever. The resulting report, Spiritual Conversations in the Digital Age, is now available for purchase.

SHARING FAITH: THEN AND NOW

A growing number of Christians don’t see sharing the good news as a personal responsibility. Just 10 percent of Christians in 1993 who had shared about their faith agreed with the statement “converting people to Christianity is the job of the local church”—as opposed to the job of an individual (i.e., themselves). Twenty-five years later, three in 10 Christians who have had a conversation about faith say evangelism is the local church’s responsibility (29 percent), a nearly threefold increase. This jump could be the result of many factors, including poor ecclesiology (believing “the local church” is somehow separate from the people who are a part of it) or personal and cultural barriers to sharing faith. Yet the most dramatic divergence over time is on the statement, “Every Christian has a responsibility to share their faith.” In 1993, nine out of 10 Christians who had shared their faith agreed (89 percent). Today, just two-thirds say so (64 percent)—a 25-point drop.

From Outreach Magazine  The Joy and Crown of Pastoral Ministry

From 1993 to today, the content and approaches of faith conversations have also changed. Given the popularity of evangelism “programs” or “strategies” in decades past, researchers were surprised that Christians today who have talked about their faith are more likely than those in 1993 to say they use the same basic entryways and content each time they engage in a conversation about faith (44 percent vs. 33 percent). The most common approaches, a majority says, are asking questions about the other person’s beliefs and experiences (70 percent) and sharing their faith in the way they live rather than by speaking about it (65 percent). These were common among Christians in 1993 as well, as the chart shows, but a majority of Christians 25 years ago also reported emphasizing the beneficial aspects of accepting Jesus (78 percent)—a strategy that today is less common (50 percent). Also less popular now is quoting passages from the Bible (59 percent in 1993 vs. 37 percent today) and challenging the other person to defend their beliefs (43 percent vs. 24 percent).

In addition, most conversations today (61 percent), as in 1993 (75 percent), happen unexpectedly. Yet compared to 25 years ago, Christians today are more likely to say they are proactive about looking for or trying to create faith-sharing opportunities with non-Christians (19 percent vs. 11 percent in 1993).

Read the full article at Barna.com/Research/Sharing-Faith-Increasingly-Optional-Christians.

Excerpted from “Sharing Faith Is Increasingly Optional to Christians.” Posted May 15, 2018. Barna.com.