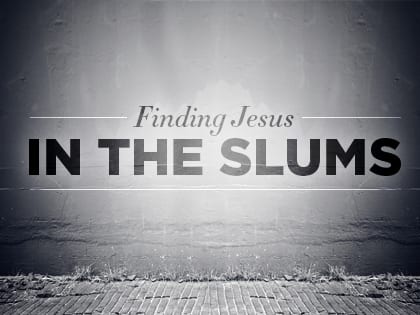 “Jesus would welcome the men and women we had been meeting, the most despised and least welcomed people in the city.”

After six years of living in a tiny Asian slum shack, our arrival in Vancouver was a rude shock for the whole family. Our children refused to wear clothes, preferring instead to run around naked like their friends in the slum. At night, they pushed the unfamiliar blankets and sheets to the floor, even though it was Canada’s coldest winter in decades. We were all used to a sweaty, tropical climate, not slushy snow and freezing temperatures.

This beautiful city of high-rises and high finance was, on the one hand, a playground for the comfortably rich and famous—a kind of Hollywood of the north, with movies filmed daily on the streets. A TV show was shot at our kids’ school, and celebrity sightings were not uncommon.

Spectacular ski slopes were less than an hour’s drive away, and both residents and tourists flocked to the gorgeous beaches and parks sprinkled throughout the city.

Yet in the heart of the city, nestled between North America’s second-largest Chinatown and the popular tourist destination of Gastown, we found the Downtown Eastside, a tiny inner-city neighborhood described by the U.N. as “a two-kilometer square stretch of decaying rooming houses, seedy strip bars and shady pawn shops.” It was also home to five thousand crack cocaine, meth, and heroin addicts, hundreds of women trapped in prostitution, and thousands of homeless people.

Knowing we couldn’t move into this slum by ourselves, we took several months to travel around to churches and share the vision. Eventually we managed to convince a handful of others to join us in forming a small Christian community. My mentor Charles—a theology professor and longtime missions advocate who had a white goatee and little Gandhi glasses that made him seem even wiser—advised us against moving directly into such an intense neighborhood. “Take another year to gradually work your way in. Take your time, Craig. Slowly but surely.”

But when temporary housing gigs in other neighborhoods ran out one after another, we grew frustrated, and I became impatient. Nay, the kids (then two and three years old), and some of the others in our community moved into a Salvation Army halfway house several miles outside the inner city.

From Outreach Magazine  How to Bring Mental Illness Into the Light

I schemed up a faster way to get to know the people of the Downtown Eastside neighborhood. My fellow community member, Jason—a thin and bespectacled aspiring theologian who was prone to bouts of allergic sneezing—always carried a well-read Bible and was terribly afraid of bees. He also had spent eight months in the library studying everything the Scriptures say about suffering, so, at least in theory, I thought he’d be up for my suggestion—as long as there were no bees involved. “Let’s you and me go sleep on the streets of the Downtown Eastside for a while. We need to get a taste of what the poor in this affluent city face.”

“Let me think about it,” Jason hedged. Thoughtful decision-making was an infuriating strength that Jason brought to our community.

Later, as I discussed the plan with Nay, she expressed concern for our safety and worried that we would be breaking the law. But as usual, I was impatient. “It’s not illegal to be homeless. Relax! It’ll be fine. We’ll be fine.” I’ve since learned that most women don’t appreciate being told to relax. Nay swallowed her irritation. “It’s Jason’s birthday next week. You’ll be sleeping rough on his birthday.”

“All right,” I sighed, “let’s meet in a cafe. Bring the kids and we’ll have a little celebration. But other than that, Jason and I will be outside.”

Jason nudged his glasses farther up his nose and sneezed. The cardboard between us and the concrete did not keep the cold from seeping into our aching bones.

The words of Jesus, “Foxes have dens and birds have nests, but the Son of Man has no place to lay his head,” played ruefully in my mind as Jason and I tried to wrap the tiny, thin blankets from a local homeless shelter around our shivering bodies that first night outside.

This was not quite as exciting as I had envisaged. But Nay and the others had prayed and commissioned us to be there, to learn something of what it was like to be homeless in the Downtown Eastside. I’d look like a fool if we slunk back after just one night in the cold. Nay would probably tell me to relax! Then she’d turn me around and push me straight back out the door.

So we persevered. Long sleepless nights, shaking and coughing in the cold, were followed by tediously boring days, hanging out in run-down parks and homeless drop-in centers. We felt groggy and dazed as we shuffled from place to place, trying to pass the time and connect with other guys on the streets.