Home Resources Chuck Colson: Taking the Gospel to the Captives 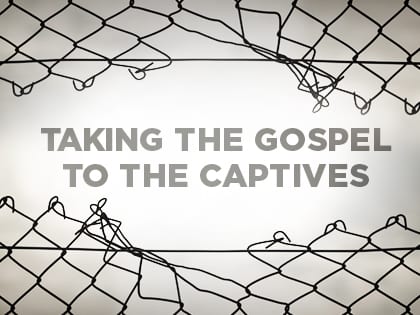 “It was during the period in which he lost his own dignity that his desire to promote the dignity of others roared to life.”

The Colson Way: Loving Your Neighbor and Living with Faith in a Hostile World
By Owen Strachan (Thomas Nelson, 2015)

A 2015 OUTREACH RESOURCE OF THE YEAR
Category: Evangelism

Chuck Colson was afraid. Clad in his familiar Brooks Brothers suit, he paced the floor. He was unsure about this visit. It scared him in a way others did not.

Talking with inmates was not a new experience for Colson. By this time in his ministry career, he had entered thousands of prisons and spoken to thousands of prisoners. Over and over again, Colson had gone into jails, venturing boldly into places many Christians wanted to pretend did not exist.

Despite Colson’s boldness, this visit was a tough one. This was unusual because that prisoner in question was not a 6-foot-6-inch gangbanger but a tiny, physically harmless shoplifter. Her name was Bessie Shipp. An African-American woman, she sat by herself in a rocking chair, far from other prisoners, shivering, a blanket wrapped around her, as Colson later recalled. Bessie was alone not because of bad behavior in the jail. She had AIDS. It was 1985, and America as a society was terrified of the disease. Rumors flew of people contracting HIV, the virus that led to AIDS, from toilet seats, handshakes and door handles. It was a time to fear, and Chuck Colson was not immune to it. Could he be risking his life by this momentary visit?

Where other chaplains and visitors had refused to go to Bessie, however, he ventured ahead, feeling “absolute terror,” as he later recalled. When he reached Bessie’s cell, he thought about a television clip of Mother Teresa, the diminutive nun, hugging AIDS victims without hesitation or personal concern. Replaying that moment in his mind, he went into Bessie’s cell. It was small and dark, and Bessie was not well.

Colson spoke calmly with the dying woman, getting to know her briefly. Then he turned the conversation to spiritual matters:

After chatting a few minutes, I came right to the point.

“I want to,” she replied softly. “But I don’t always feel like he’s there.” And her voice trailed off.

“Would you like to pray with me to know Christ as your Savior?” I asked.

Bessie looked down, twisted a Kleenex in her thin hands, and finally whispered, “Yes, I would.”