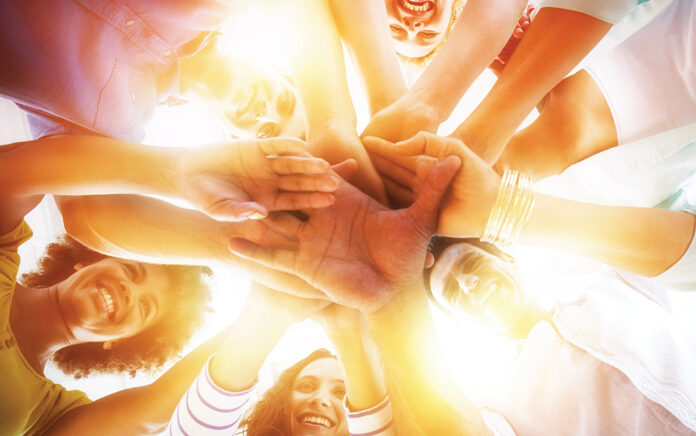 Learning to spot the signs of relational disunity and drift

When it comes to understanding what makes ministry teams tick, Chris Sonksen can claim the experience of observer and practitioner, of coach and participant. Sonksen is the founder and lead pastor of South Hills Church, a multisite, multi-state church based in Southern California. And as founder of the church coaching and resourcing organization Church BOOM, he’s coached and provided resources to hundreds of leaders seeking help growing their churches, and in some cases, urgent help saving their declining churches from shutting down altogether.

Sonksen’s latest book is Saving Your Church From Itself: Six Subtle Behaviors That Tear Teams Apart and How to Stop Them (Baker). Here, he talks with Outreach about how leaders can spot danger signs in order to restore relational health, preserve unity and foster stronger relationships that glorify God and build up his kingdom.

You lead a thriving church, and you coach other pastors through Church BOOM. Where does your experience with team conflict come from that allows you to coach others toward ministry team health?

You can’t be in ministry as long as I have and not have some pain. It just comes from conflict or unhealthy situations that happen. It comes from natural experience. And at Church BOOM, we coach, on average, about 150 to 200 churches a month. We have a lot of pastors who come to us saying, Hey, I’ve got a staff member, a board member, a leader, who’s going a little sideways on me. How do we deal with it? So you can’t have coached all these years and not have walked many, many people through how to deal with that.

Explain what leader drift is, and why you’ve used the term to define the crux of the problem when it comes to relational health on ministry teams.

People are going to drift. So as a leader, you have to be aware of the subtle behaviors that indicate team members may be drifting. They might be drifting away from the vision or from you as a leader. Pride can get in the way when they start to have success themselves. It’s very dangerous if they start feeling things would be better if they were in charge. Whenever that subtle behavior starts creeping in, you have to recognize it and stop it before it becomes an obvious behavior. Because when people do start to drift, they don’t automatically come back on board. You’re going to have to have the difficult conversation. I always say you can pay now or pay later, but if you pay later, you’ll always pay more.

What if the senior leader is toxic? Does leader drift apply to them, or just secondary or even tertiary leaders?

I’ve been in a place where I was under a senior leader who I didn’t think was the greatest leader on the planet, and there were some challenges. Now if the guy is turning into David Koresh or Jim Jones, that’s a whole other thing. But that’s not normal ministry conflict. I’m talking about a leader who’s not really into it, who’s not really growing, not really developing. Maybe he’s kind of lazy. But it’s not your job to replace what God put in place. It’s your job to say, Look, I can have an honest conversation, and then I maybe need to leave if I feel as if my leader is the problem or I can’t get on board with his vision or ministry philosophy.

Let’s talk more about pride, since leaders in particular can be so susceptible to it. How can we make sure our teams guard their hearts against pride, which can itself tear teams apart?

It’s a big issue. When you look throughout Scripture, pride always enters in. When you think about when the Enemy met Jesus during his fasting, it seemed like the underlying theme was pride. Well, if you’re really the Son of God, then jump off this cliff. I find it fascinating that of all things the Enemy would tempt Jesus on, he chose pride. One of the very first things Jesus does when he returns from 40 days in the wilderness is he preaches about pride. It’s one of the greatest sources of temptation. With leaders, it’s very dangerous when you start taking the credit or seeking the fame when you begin having some success. You forget where that came from, or that you had help getting there. Just because you’re standing on third doesn’t mean you got a triple.

From Outreach Magazine  Innovation in the Church

And part of what makes it so dangerous is it’s insidious, right? It doesn’t have the physical manifestations that a sin like substance abuse or lust might have. It’s all an internal heart issue.

When you think about any problem or disagreement you’ve had in the church, whether it’s a split or some sort of toxicity, who creates it? Is it the guy in the 10th row? No, it was a staff member, the senior leader, a board member or a key leader. It’s never the guy who just attends the church. It will always be the leader, and that’s why leaders need to keep their guard up. The Enemy knows. He knows where it’s going to come from. All he has to do is find an open door in one of those people’s hearts, and if they don’t keep their guard up, he can get in.

“You can pay now or pay later, but if you pay later, you’ll always pay more.”

The Bible says a kingdom divided against itself won’t stand. How is the Enemy going to tear the church apart? He’s either going to keep resources from us, or he’s going to get inside the heart of a leader, which leads to a split in the church. That’s how he keeps the church from moving forward.

What can a leader do to foster an environment that discourages negative behaviors and misalignment?

They have to be aware of subtle behaviors and have the willingness to deal with it. That’s the big thing: to have the tough conversations. Pastors and leaders also have to stay close to their team members. I don’t know if everybody does that. Not everybody is relationally charged. So because they’re not, they’ll kind of let that go a little bit.

Leaders also need people to whom they are responsible, who have oversight over them. The healthiest pastoral staffs don’t have 100% autonomy, but have legitimate accountability to elders or some form of overseers.

The bigger the church grows, the fewer people you personally pastor. You’re not dealing with 3,000 people; you’re dealing with 10 staff members. Keep them close to you. Build the relationships, and don’t be afraid to have the difficult conversations. Don’t be mean, but don’t live in artificial harmony.

What’s your best advice for a leader who needs to have that tough conversation but is dreading it?

It’s hard to make someone an extrovert or a guy who suddenly doesn’t fear conflict. But we have to be realistic about the cost of avoiding it. I understand conflict is difficult. It’s not fun, and it’s uncomfortable. But the cost of not doing it is going to go up every day. It’s a cancer, and cancer spreads. And one of the worst things you can do for the strong members on your team is to tolerate a bad one. If you don’t deal with the conflict, you’re losing equity with your strong leaders, because they know about it. They’re not stupid.

The health of the American church today is a complex issue, and reversing the decline doesn’t come down to any one (or even two or three) answers. But where does the issue of ministry team relational health fall into all of that?

Yeah, churches are in decline. In fact, our Church BOOM organization has a whole initiative called Church Rescue where we’re trying to rescue churches that are dying and give them the free coaching and resources they need to win, because we’re losing too many. It started in 2014, when we lost more churches than we opened, and the gap has gotten wider and wider. That’s already a problem.

But let’s add to that the fact that if a church team is not healthy, if they’re fighting for relational health, if there’s a crisis of toxic people, toxic leadership, of disunity, then it speeds up the failure. Crisis always speeds up failure. The crisis of an extremely unhealthy staff will only speed up where that church was headed. That’s why it’s so important—it’s speeding up the decline and making it worse.

“One of the worst things you can do for the strong members on your team is to tolerate a bad one.”

Disunity also sets a horrible example for people on the outside. I’ve heard more than once, “[Christians] are not really nice to each other sometimes.” You know, there’s no doubt we’re going to disagree in the church. There’s no doubt leadership is going to butt heads. But man, we have to do a better job displaying love, unity and light.

Relational health on our teams would save a lot of churches. It would help the church’s reputation. It would make us a better, unified front for the world to see us. We have to be the bride of Christ where people look at us and say, “You guys are amazing. You guys are unified, you love each other, you love the community. How do I sign up for that?” We’re so united, we so love each other, we’re so focused, we’re so healthy, that people just stand in line to be a part of what we do. What if it were like that? I wish we could be more unified, and it starts with our own teams.