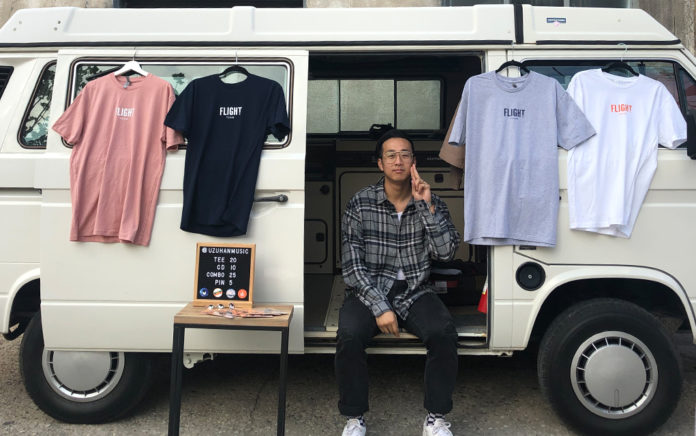 Uzuhan is using his hip-hop platform to create content that inspires the next generation.

Uzuhan (age 30) is a Korean American rapper and video producer who writes and performs songs that inspire people across the world to create dances and videos. As an indie performer and tastemaker, Uzuhan, born James Han, has been able to profess and live out his faith for a global audience. His song “Never Change” received over 1.5 million views when it first released on YouTube. We caught up with him to discuss how he developed his love for hip-hop, and how he’s using his influence to point young people to Christ.

How did you develop your passion for hip-hop?

Growing up in Silver Spring, Maryland I often felt like a nobody. In school I was not the best student, best athlete, nor the best looking—I was pretty average—which ultimately meant I felt invisible.

One day my friend showed me “Stunt 101” by 50 Cent and G-Unit and it kind of changed my life. Something about the music and the way these rappers exuded confidence piqued my interest. This kindled my deep dive into the world of hip-hop.

I soon discovered artists like Eminem, Nas, A Tribe Called Quest, Immortal Technique and Lauryn Hill. I bought their albums, researched their histories. I wanted to know everything.

At school, I would meet other hip-hop heads and we formed a tribe together talking about our favorite albums and discussing other elements of hip-hop, such as graffiti and break dancing.

My passion for hip-hop grew because I finally found something I was good at. I became an encyclopedia of hip-hop knowledge, and it gave me a sense of significance at school.

When I was a freshman in college, at University of Maryland, College Park, I uploaded a Facebook video of me rapping over Lil’ Wayne’s “A Milli” beat for fun. It gained some traction in our social circles and consequently helped producer/songwriter Sam Ock to discover me.

Soon after, we released a song together called “Never Change” which blew up on YouTube. It received 1.5 million views and put us on the map. I mean, to this day, it would be pretty difficult to find a Korean American 21–35 years old who doesn’t know about the song.

“Never Change” was the very first moment when I realized I had a special gift.

The significance I was dying to acquire was given to me by the Holy Spirit. The Father’s unconditional love was shown to me at Golgotha. Jesus’ sacrifice on the cross destroyed the cycle of death. God offered me a new beginning and a better way to live. Thus everything I do in this life is an attempt to offer genuine worship unto the Lord.

“And we know that in all things God works for the good of those who love him, who have been called according to his purpose” (Rom. 8:28).

In all my highs and lows, the biggest questions I usually ask God go like “Are you truly good?” or “Do you have a good reason for this?” I like this passage because reminds me of all the times God has been good to me and to those around me. I’ve read this Bible verse during lots of tough times to remind me of God’s everlasting kindness and goodness.

How do you see your passion interacting with your sense of calling or mission from God?

My desire is to authentically follow Christ’s teachings and example on this side of heaven. Right now, I have an indie musician platform and it allows me to be an entrepreneur and tastemaker. In the future, I might make a feature film. Who knows. All I know is that I want to stay curious, grow my skills and be present with my family. However God chooses to use me is up to him!

Give them permission to be curious, to be disappointed, to feel angry and to make mistakes. Be someone who can listen. Nobody wants to talk to someone who always tries to fix everything. Don’t try to be everyone’s friend. It’s impossible.