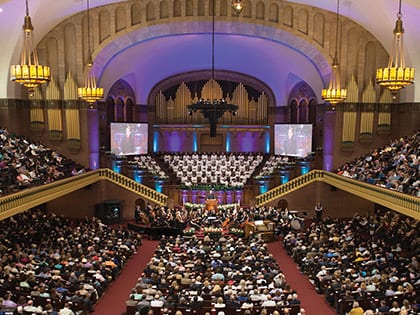 For all churches, large or small, my exhortation is to think biblically about how the church might make much of Jesus.

As former head of LifeWay Research, I did the statistical research for the Outreach 100 Fastest-Growing and Largest Churches lists for a number of years and always noticed two things: First, God was doing amazing things through many of these churches. Hearing stories of how the megachurch reaches a region with the gospel is one reason I loved what I did. Second, controversy was often a part of our work. Some people said we should not do the lists at all, while others were upset when we accurately reported their numbers. One person even complained we were “hurting Jesus” by not allowing them to alter their numbers so that they would look like they had grown.

Obviously, for too many pastors, church attendance is connected with personal self-worth and value. They make numbers an idol instead of a metric. However, milestones are important for observing impact—that’s what we are trying to do here. To learn so others can learn and to celebrate so others can be encouraged.

I have the privilege of serving the oldest extant megachurch in the world: Moody Church in Chicago. And I preach once a month at Christ Fellowship in Florida—probably the largest church you’ve never heard of, with almost 10,000 people weekly at nine campuses across Miami.

Moody Church is widely known. Christ Fellowship is not—although it has a wide impact. What they have in common is that God has worked in them powerfully for many years. They are actively making disciples, preaching the gospel and faithfully serving their communities. I can take no credit for the size of either church, but they remind me just how interesting the megachurch world is, behind the scenes. Which leads me to these reflections:

Grow an oak, not a mushroom. Moody Church is an oak, having preached the gospel for more than a century. My hope is that you won’t desire trendiness, but rather the longevity of faithful gospel ministry.

Don’t be obsessed with numbers. At Christ Fellowship, our passion is that people might know the name of Jesus rather than ours. Nicolaus Zinzendorf once argued for the mission and against ambition by saying, “Preach the gospel, die, and be forgotten.” And that’s my prayer for every church and every pastor represented on these lists.

Health matters more than size. Contrary to myths that megachurches are filled with mindless automatons unengaged in ministry, statistics show that the people who attend megachurches often have a higher level of engagement. This is indicative of health. It’s harder to understand that than to count people in the pews, but it’s necessary. In both cases, their focus on making and growing disciples is more important than butts in seats.

I can say with certainty that the megachurch is not going away. Each year more appear on the scene. For all churches, large or small, my exhortation is to think biblically about how the church might make much of Jesus, multiply and grow disciples, and, ultimately, die and be forgotten.

Ed Stetzer serves as interim pastor at Moody Church in Chicago, is an Outreach magazine contributing editor and holds the Billy Graham distinguished chair of church, mission and evangelism at Wheaton College and the Wheaton Grad School, where he also directs the Billy Graham Center.

From Outreach Magazine  Shawn Johnson: 'Our No. 1 Priority Is Reaching Spiritually Lost People'
Share on FacebookShare on Twitter 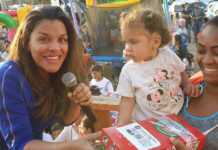 Kenia Santana: A Voice for God in Chile