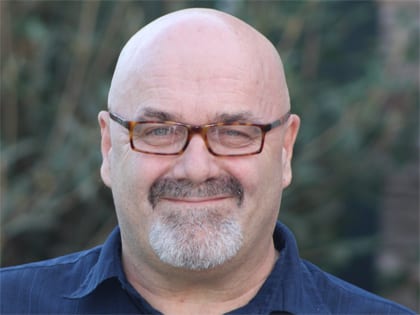 “A church must first establish a culture of love and effective relational disciple-making.”

In 2015, as a part of Discipleship.org, I convened a gathering of the nation’s most respected discipleship leaders. We concluded that the two biggest barriers to effective disciple making in North America are our current model of doing church, as expected by tradition and consumer Christianity in North America. We are often too focused upon attractional gatherings on Sunday morning that require 80 percent of the energy of church leaders, and the expectations that pastors do all the important ministry work.

The second barrier is the mindset of pastors. Pastors have not been taught to make personal disciple-making their priority. The biggest thing that will create more effective disciple-making in North America will be influential pastors who make the shift and show a new way of doing church.

The millennial generation has caused the church to shift from a focus on evangelism to a focus on social engagement, or missional Christianity. Evangelism is less and less popular in the church today and into the future because we fear the concepts of hell, the exclusivity of Jesus for salvation, intolerance and judgmentalism. Add to these elements the fact that fewer and fewer people are actually reading their Bibles, and people are engaged less and less in church (because they are so busy).

A church must first establish a culture of love and effective relational disciple-making. The culture must be both for those in the church and also for those in the community who the church touches. If a church truly loves people, has effective relational disciple-making systems and is known for their missional services to the community, then it will help nonbelievers to be open to their message. The dual focus on love and disciple-making creates a redemptive culture that simultaneously is so focused upon Jesus, it is naturally redemptive in our current culture.

Sexual identity issues, gender and taxation on churches will continue to be more of a conflict into the future. More and more evangelical pastors will avoid the hard topics and seek inspirational teachings. Social justice issues will increase in focus because millennials have been socialized to make that a big deal. Churches will have to face ethical issues around cloning and debt and technology gone wild that they are not prepared to handle. A return to in-depth disciple-making is the only way forward.

Todd Wilson is the founder and director of Exponential, which is the largest gathering annually of church planting leaders on the planet. Todd joined with me to create Discipleship.org because we both believe that disciple-making has to come first.

Bobby Harrington is the co-founder of Discipleship.org, the founding and lead pastor of Harpeth Christian Church in Franklin, Tennessee, and the author of several books, including The Disciple-Maker’s Handbook: 7 Elements of a Discipleship Lifestyle (Zondervan, 2017).