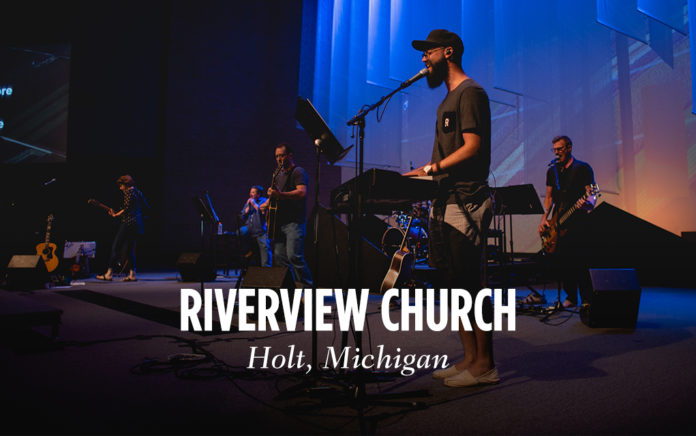 Riverview Church stays strong with a healthy culture of succession.

Riverview Church in Holt, Michigan, originally started in 1977 when 12 young people from Ames, Iowa, packed up their belongings and drove to Michigan to start a church on Michigan State’s campus. The moment they arrived, they began sharing the gospel with a high school student, who was a professor’s daughter. That day she found Christ. Today, that woman is married to one of the pastors at the church.

“I think that’s a pretty cool story that two of the 12 people who started the church are retired from vocational ministry but are still on our team today,” says Noel Heikkinen, pastor at Riverview.

Sadly, nine of the original church’s church plants failed as there was a lot of zeal but not a lot of planning in those early days. Twelve years of rapid church planting were followed by 12 years of no church planting. Then, Heikkinen and his wife caught the church planting bug and in 2001 opened the doors of their first building. Within 18 months, attendance had grown from 250 to more than 1,000, half of whom were young adults. Heikkinen had a buddy who was running a church planting network at the time. The man told Heikkinen, “With this group of people, you could plant 100 churches before you die, but you’d have to be willing to be released and be a church-planting guy.”

That was in 2005, and the church hit the ground running, pouring all their energies into church planting. Pre-COVID-19, they averaged between 3,000 and 4,000 each Sunday across all four campuses. Though times have changed, their goal remains in the next five years to continue faithfully planting churches.

From Outreach Magazine  5 Early Trends From Churches That Are Reopening

“We’ve gone into our church and revamped our entire leadership development structure,” says Heikkinen. “We’re building the infrastructure now to build church planters. We think it will take five years to get the engine fully moving, so our hope is to plant one to three in the next five years, and then starting in Year 5 plant one to three churches every year going forward.”

Heikkinen says he stopped looking at church attrition numbers because it was too depressing.

“If we are to stem the tide of people leaving the faith or leaving the church, we have to plant multiplying churches that are evangelistic and young,” he says. “If we don’t do that, we’re toast.”

He explains that there is a natural bell curve of a church plant in that when they are first launched, they grow rapidly before plateauing. In the season of plateau, there tends to be an establishment of, “This is how we do things” in which older members control the narrative. From that point it slowly goes downhill, Heikkinen says, until there are more funerals than weddings, more deaths than births.

“The key is culturally engaging young people in a way that hands them leadership,” says Heikkinen, noting that when he was in his 20s, the senior leaders of the church saw him bumping up against the glass ceiling (i.e., them). He admits that the graceful passing of that leadership takes remarkable humility.

“There are two things you can do at that point,” says Heikkinen. “You can either throw that young leader out, and say, ‘Go create your own glass ceiling,’ or you can open a skylight and let that person pass through.”

From Outreach Magazine  Offering a 'Middle Step': First Church of God in Indiana

He notes that a good leader fades into obscurity by the time they pass the baton and that nobody even realizes it has been done because it has taken place over time.

“Now it is my turn,” says Heikkinen, who is 48 years old and preparing to do the same. “Too many older leaders stay until retirement, and then what do you do? We want to have a good combination of both sending our best leaders to plant churches and keeping the best leaders and giving them power in the church so that they can lead while we are still there.”