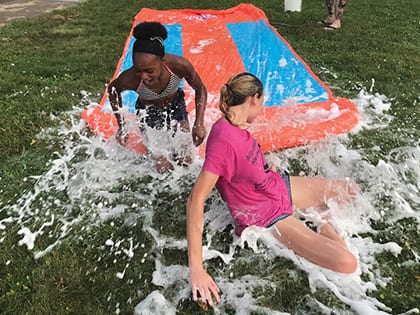 The congregations’ differences, especially ethnicity, have been the catalyst for embracing diversity and connection.

THE CHURCH
Word of Life Church in Rock Island, Illinois
THE CHALLENGE
Bring down barriers that keep communities separated, and increase the serving power of a community’s ministries.
ONE BIG IDEA
Merge two ministries so their strengths are bolstered, resources shared and diversity celebrated.

Word of Life Church of Rock Island, Illinois, had hit a growth plateau. The 125 or so regular attendees—mostly white—were good people, says Pastor Tanner Payton, who assumed leadership of the church in 2012, but outreach to the urban neighborhood wasn’t a priority of the church. Payton wanted to change that.

Nearby, Heart of Hope Ministries Church was smaller, at about 25 attendees who were mostly African-American. The church was linked to Heart of Hope outreach center, both founded by Pastor Linda Sargent, an African-American woman several decades older than Payton. They were doing good things in the community, but Sargent was struggling to operate both the church and the outreach center on her own.

So when the churches merged last July and became Word of Life Church, both Payton, who serves as senior pastor, and Sargent couldn’t have been more thrilled.

“This is a natural fit for us to combine our resources and do more for the building of the kingdom of God,” says Sargent, who still heads up the outreach center, which retained its Heart of Hope name.

The congregations’ differences, especially those around ethnicity, have been the catalyst for embracing diversity and encouraging connection. The outreach center gives members the opportunity to serve their neighbors, and people from a wide variety of backgrounds are finding their way to the church. Despite losing some members to the merger, the new congregation has grown in both attendance and diversity.

From Outreach Magazine  The Paleo-Baptist Option

“We look at this as an opportunity to bring down barriers and to allow the love of God to be our guiding force at a time that is very vital in our nation,” Sargent says, citing how the church was a united front during the Charlottesville, Virginia, rally last August.

“Pastor Linda and I got up together in front of the church, and we were able to discuss what Jesus says about racial reconciliation,” Payton says. “We had an arm around each other, and I feel like that brings validity to the conversation. We’re not just standing around talking about reconciliation. We’re actually practicing it.” 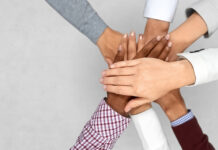