“It is much easier to focus on outreach in only one language, but God’s call is bigger than that.”

In North America, it’s not uncommon for a church to share its facility with one, two or even three other churches—perhaps consisting of language groups like Spanish, Chinese or Arabic. Overseas, this idea is often pushed even further. The record I’ve found is in Kuwait, where more than 40 different churches—representing almost as many ethnicities—hold regular worship services on the same campus (Lighthouse.Churchos.ca).

But what happens when you have just one church that is worshipping across multiple languages? How do their leaders work together to truly function as “one church”? How do the various language groups share the facility and align around a central vision?

From One to Six—With a Few Bruises

In Kuala Lumpur, Damansara Utama Methodist Church, known locally as DUMC, draws 5,000 people on any given weekend—but it’s distributed across six congregations, each having a different language. English is widely spoken in this multicultural capital of Malaysia, and that language group makes up the largest congregation at just over 3,000 people. The next largest language groups in the church are Chinese and Burmese, each consisting of 700 to 800 people. The Bahasa (Malaysia’s official language) congregation has 150 to 200 members, in addition to 100 people in the Tamil and 70 people in the Nepali congregations.

But these numbers don’t tell the whole story. The emphasis at DUMC is more concerned with the cell level than the size of the public gatherings. The church has more people in cells than in attendance on the weekends. The Myanmar congregation has 133 percent—or 1,000 people—in cells, while for the English congregation, 50 percent—or 1,500—are in cell groups.

The church, founded in 1980, wasn’t always so multilingual. “We started as an English-speaking congregation,” says Bernard Lee, executive pastor. “We noticed that as people came to church, they’d bring their parents who often didn’t speak English. Interested in their spiritual well-being, we asked ourselves, ‘What could we do to cater to them?’”

By the launch of the church’s third congregation, leaders noticed that the outreach was exacting a toll. It took a lot of work to coordinate worship schedules, special events and finances. For example, the Myanmar congregation’s regular meeting hall is just right for the 700 to 800 people they currently draw. But when they do a major event, they go into the auditorium, needing different support people. That means there is a necessity to train volunteers from each congregation to use the sound system, general facilities and other equipment.

From Outreach Magazine  Resolving Conflict? Do This First

Transportation issues also vary among the congregations. The Myanmar congregation meets at midnight on Tuesdays, not because of scheduling challenges, but because many are employed at restaurants and get off work at 11 p.m. Being a lower economic group, few have cars. But public transportation is limited at that hour, so the church hires buses. Church leaders also challenge people from the more affluent English congregation to offer rides—not only for pickups around 11 p.m., but also for a return to their homes after worship in the wee hours of the morning.

Focusing on the “Why”

DUMC has one senior leader, plus the equivalent of a campus pastor for each congregation (language group). Therefore, it has one united vision, one message and—as much as possible across language groups and culture—one DNA.

“It is much easier to focus on outreach in only one language,” Lee observes, “but God’s call is bigger than that for us.”

Through teaching, preaching and firsthand experience, the congregation has learned that the mission has changed. People are coming right to the church’s neighborhood. “Our nation is a multiethnic society coming together,” says Lee. “What has helped us is trying to bring the church together, recognizing that God has given us a unique call. We pray, ‘God, give us your heart,’ since we know others need the gospel as much as English speakers.”

But the church doesn’t just pray that people will come. “Our prayer is that they’ll take the gospel back to their home countries,” says Lee. “The Myanmarese are often refugees, waiting to be moved. The Nepalese will spend a few years working here, and then they’ll go back home to their extended family. Likewise, many students come from other parts of the country, so the church’s challenge is that when they finish their studies, they’ll go back, taking Jesus with them.”

Once a year, the entire congregation comes together for mixed-language worship, preaching and announcements.

From Outreach Magazine  Choosing Between Jesus and My Muslim Father

That service is actually only a minor challenge. The bigger challenge, according to Lee, is trying to keep anyone from feeling marginalized. “This manifests itself in many different forms,” he says. “We spend a lot of time working on getting rid of the second-class mentality.”

One pathway that helps is that all the lead pastors meet four times a year. They look at overall metrics of the church, working on areas they can bring to alignment. They also tackle scheduling and concerns. “That helps everyone get on the same page,” Lee says. They also bring it down a level with a monthly operational meeting for Lee and his counterparts.

Being one church across six congregations has heightened everyone’s awareness that there are people out there yet to be touched by the gospel. “All these people are at our doorsteps, if we would only open our eyes more and be more intentional in reaching out,” Lee says.

Thus, the challenge of how to be salt and light to the surrounding community is never ending. “That’s why we no doubt will have more congregations to come,” says Lee. He predicts the next one will start as a cell group with people from the Middle East. “Who knows what will happen as they start bringing their friends?” he muses. 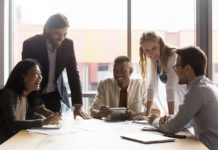 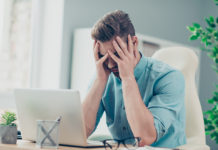 4 Keys to Staying Focused in a Downward Ministry Period 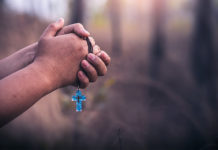 3 Characteristics of a Religiously Self-Deceived Person