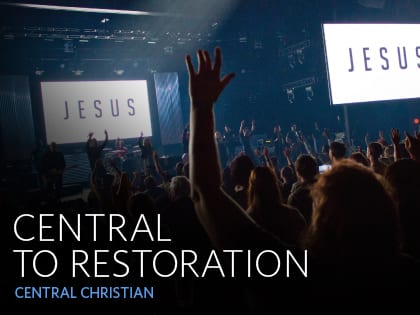 A Las Vegas church engages the lost and the broken

When Senior Pastor Jud Wilhite took the reins of one of Sin City’s largest congregations a decade ago, Central Christian Church had 6,000-7,000 members.

“It was already really large and doing great things and had been led very well,” Wilhite says. “And I successfully grew the church down to about 5,000-6,000 people. We were going the wrong way. That’s when we really started asking, Who can we help? Who is hurting that we can reach out to? That is when we really began to dial in the ministry philosophy of our two pillars: radical grace and radical alignment.”

At the time, the multisite megachurch didn’t have any ministries to address addiction, codependency and other “hurts and habits,” Wilhite says.

“We had nothing, which is kind of crazy being in Las Vegas,” Wilhite says.

So the church created an unusual mix of ministries to reach out to the hurt and broken: Celebrate Recovery, God Behind Bars, People of the Second Chance and an outreach to female strippers in the city, among others.

“My philosophy is if you speak to the broken you’ll always have an audience,” Wilhite says. “I want to not only speak to the broken, but have ministries that reach people at their point of pain and brokenness—and we’re all broken at some level.”

Today, church services are shown in seven Nevada prisons, and Central Christian offers transitional housing to newly released inmates through God Behind Bars. The People of the Second Chance ministry is a “blog and a movement” that “takes the message of second chances and radical grace to anyone who will listen.” The church also serves as the state’s largest food dispensary, giving out hundreds of thousands of pounds of food on a regular basis to families in need.

These new ministries helped to reverse the church’s downward growth trend within a few years. Then when the Great Recession hit Las Vegas especially hard in 2007, donations dropped 52 percent. But the church grew explosively.

“We were growing like crazy because there were so many hurting people and so much need, and we were doing it on less and less staff and less and less resources,” Wilhite says. “It was one of those seasons where we were just so dependent on God, and as I look back I don’t actually have any idea how we survived it. We just got through but by the grace of God.”

Today, about 20,000 people attend the church each weekend. The church has 12 campuses worldwide with a total membership of 25,000.

A recent survey found that more than 90 percent of the congregation felt God “saved their lives” through the church.

“That was amazing to us,” Wilhite says. “God has done such an incredibly redemptive work in their lives, and I think that’s because so much of our ministry is targeted to hurting and broken people. In those places of transition and pain, people are very open. We want to be the first responders.”