Home Features How to Develop a Healthy Multicultural Team 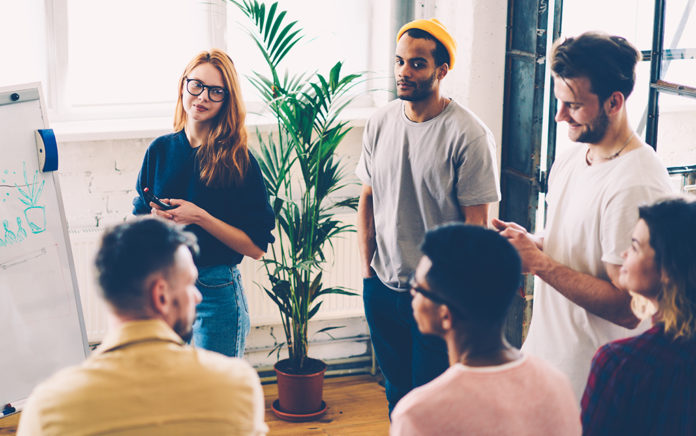 Playing a healthy and contributing role on a multicultural team in cross-cultural Christian service is increasingly part and parcel of the normal requirements of serving Christ well.1

Over the years many have noted both the benefits and the challenges of multicultural teams:

• On the plus side, they demonstrate the multicultural nature of the Kingdom of God. They also are less prone to get stuck in “cultural ruts” or become enclaves (or even ghettos) for those of one nationality to seclude themselves from their hosts. When working well, the creative energy of multicultural teams is multiplied, and leadership among local believers is less likely to follow the unexpressed values of those from outside the host setting.

• On the minus side, multicultural teams can get bogged down in unhealthy team dynamics in which one set of cultural values or expectations is played off against another set. They can be so focused on getting the team to a healthy stage that the ministry efforts of the team as a whole suffer.

As I have examined, explored, and served on multicultural teams over the past several decades, I have noted how their development parallels in several ways the process of culture adaptation that individuals go through when they cross from one culture to another. For healthy cross-cultural teams, that process often comes in four phases: 1) the Honeymoon phase; 2) the Shock phase; 3) the “Third Way” phase; and 4) the Effective Synergy phase.

During the honeymoon phase, the initial excitement of being a new team together is the dominant emotional framing. Members have goodwill towards each other—and what is different in this phase is exciting rather than exhausting. Team members experience multiple ‘aha’ moments of discovery and delight in finding out cultural values and preferences of their teammates.

Although team members largely follow their own cultural practices, the cultural value differences (and associated practices) tend to be tolerated or overlooked. Differing understandings about time, about rules of turn-taking and conversational give-and-take, of focus on projects and/or people, of direct or indirect communication patterns, of what constitutes harmony and respect, of face, of planning, and so on are all framed by cultural values.

While differences are noted, and often framed in stereotypes (e.g., German time versus Latin American time), they are still tolerated. This is a time for members to ‘test the waters’ of the team, to discern team language and habits. It is a time when the goodwill of team members outweighs the differences.

Perhaps within weeks, or perhaps within a few months, goodwill, and toleration begin to wear thin. Teammates now ask questions of other teammates—perhaps out loud, perhaps silently—such as:

The differences that were enchanting during the honeymoon phase are now irritating or even worse. Leadership styles (“She needs to just tell us what to do”), decision-making methods (“Why do we have to vote?”), project orientation (“He talks a lot but never does what he is asked to do”) and the like are now not simply curious differences—they are impediments to team cohesiveness. They may even threaten the team.

Teams can get stuck in this phase. A surprisingly helpful resource on this phase is John Gottman’s massive study of couples in marriage.2 He found that those who practice four unhealthy approaches to conflict are far more likely to divorce than those who do not. To the extent that team relationships parallel marital relationships in many ways, it is easy to see how they apply to multicultural teams too. The four unhealthy approaches are criticism, defensiveness, contempt, and withdrawal. You may note that “anger” is not one of the predictors of divorce—it is how we handle our frustrations or anger that matters the most.

By this Gottman refers not to complaints (“You said you would come to the meeting on time, and yet you are one hour late”), but to complaints that have been shifted into universal statements (“You never do what you say you will”). A person who uses criticism of one or more teammates thinks of those team members in universal categories. “Never” and “always” are two English words which characterize this mental attitude.

We are defensive when we reject or battle over every complaint. We may blame shift or counterattack (“I came late because I got held up in traffic; what is your excuse for talking all the time?”). Defensive people are either unable or unwilling to see their own flaws. They may perceive each flaw as a point of shame that they must cover up or keep hidden from other.3 Whatever the reason, defensive people on teams are not willing to accept responsibility when things go wrong—they blame others or circumstances but do not admit their own role.

This is taking criticism a step further. Driven by anger, we hold people in contempt by speaking or acting as though our teammate has no value. When we feel contempt toward a teammate, we may believe that they have nothing to add to the team, they are the source of all the team’s problems, or they are worthless as teammates. People who hold others in contempt are angry and cannot talk about their own anger without directing it towards the object of their anger—demeaning that person in the process.

This happens when we remove ourselves emotionally from engaging. While we may be present physically, we are not present emotionally. We may refuse even to discuss what is happening. This may come across as simple disinterest or as angry rebellion. Those who withdraw imply their teammates are not worth their time or energy. They may withdraw into projects, into personal ministry, or into anything that pulls them away from the team.

Teams that take on these unhealthy approaches to conflict or challenges can get stuck and not move into the third phase of team relationships. Identifying when a team is stuck, discerning the underlying reasons, and having the courage to find ways to move forward despite cultural differences are challenges that each person on a multicultural team may have to face. Leaders bear the burden of helping the team move forward through emotional and cultural minefields—a daunting task. Without the work of the Holy Spirit in the leader and the team, navigating these minefields is an impossible task.

Once a multicultural team is able get beyond the second phase, they move into what I call the “Third Way” phase. By this I refer to the development of an actual team culture which is not identical to the culture of any individual team members:

• Team members now expect that teammates will be different, with differing values, goals, and approaches.

• They learn how to celebrate rather than merely tolerate the differences.

• They engage those differences with humor and energy, anticipating the bumps that will continue to come and dealing with them in healthy ways.

• They consciously allow for the differences and anticipate how such diversity actually strengthens the team rather than weakening it.

This team culture may be stable or may morph as members leave the team (for whatever reason) and new team members join. Through this phase team members are conscious that they are making allowances for each other but do so willingly to build team cohesiveness and energy. They focus on the strengths that teammates bring to the tasks or relationships rather than the perceived weaknesses. They choose to overlook flaws; they practice forgiving teammates for slights or other offenses.4

The final phase of team adjustment I call the “Effective Synergy” phase. In one sense it is simply an extension of the “Third Way” phase. The difference is that while the third phase requires conscious practices and effort, in the fourth phase people are “unconsciously competent”:

From Outreach Magazine  Idea: Get an Entire Community to Value a Local Church

• They have practiced valuing and affirming each other enough that they no longer are consciously aware of the effort it takes.

• They have absorbed the work of the Third Way phase and practice such things as affirming, forgiving, and reconciling without conscious articulation of each step.

• They are aware of cultural and personality differences but utilize them for the good of the team rather than try to change their teammates into their own image.

• They are constantly learning about each other and how to work well together—in addition to learning about the society in which they live and minister.

• They practice listening before speaking and exercise patience with their differences.

As a result, the team is greater than the sum of the individual parts—and they sense God’s presence and pleasure in the ministry they share together.

The two most significant challenges multicultural teams face in arriving at the Effective Synergy phase are getting stuck in the Shock phase and the ever-changing composition of the team.

Getting Stuck In The Shock Phase

Teams may get stuck because they cannot move beyond one or more of the unhealthy approaches to team relationships outlined by Gottman. Unfortunately, even one unhealthy team member can stall the entire team in the Shock phase. Teams stuck in this phase may need intervention—team leaders may be too close to see the dynamics or may not know how to resolve them.

This intervention may be from within the larger organization. For example, a team leader who is a peer to the stuck team leader may come alongside the leader to determine a path forward. Alternately, leaders above the team leader, whether country, regional or continental, may need to come alongside the team. In some cases, help from outside the organization is needed. A consultant—or even a counselor—trained in multicultural team dynamics may help the team get unstuck.

In some cases, a resolution may require removal of one or more team members. In the best-case scenario, the stuck member may simply need a new setting or environment. For more severe situations, the member may be so wounded that professional counseling may be required, provided the wounded person is open to this intervention. In the worst-case scenario, the member may need to be removed not only from the team but even from the organization, with the hope that healing can be found elsewhere.

Multinational teams in cross-cultural ministry are rarely static. Just when a team has reached the Third Way phase, new teammates are added, or current teammates are reassigned or go on home assignment for an extended time. How the remaining core of the team handles these changes will determine what happens next—progression towards Effective Synergy or regression toward shock.

Much more could be said about each phase and about getting stuck (and unstuck). I hope that this simple overview helps you put your own team(s) in perspective. Perhaps it makes it easier for you identify where you are as a team, and whether you are stuck or not. If you are, take the time to check out the resources noted in the article—they may provide just the thing you need to progress towards becoming an Effective Synergy multicultural team.