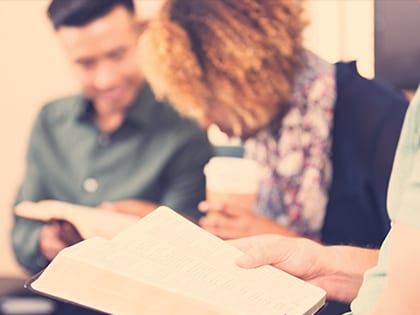 The multiethnic church movement has experienced considerable strain. This is cause for correction, not despair. Here are some first steps.

A recent article in The New York Times by Campbell Robertson was widely circulated and cited on social media. In “A Quiet Exodus: Why Black Worshipers Are Leaving White Evangelical Churches,” the author chronicles widespread and legitimate frustration among African-Americans who have attended churches appearing or claiming to be racially integrated when, in fact, these churches are systemically reflective of white culture. Disappointment and pain has been aggravated in recent years, Robertson explains, due in part to the failure of pastoral leadership in such churches “to address police shootings of African-Americans,” while otherwise quick to encourage “prayers for Paris, Brussels and law enforcement.”

“Then came the 2016 election,” she writes, and—as the title of her article suggests—for black worshipers in these settings, enough is enough. As one African-American leader put it, “We were willing to give up our preferred worship style for the chance to really try to live this vision of beloved community with a diverse group of people. That didn’t work.”

Even Dr. Michael Emerson, co-author of Divided by Faith and long-time proponent of churches that reflect the love of God for all people, seems to agree. In spite of what Robertson notes as “signs, however modest, that 11 o’clock on Sunday morning might cease to be the most segregated hour in America,” Emerson says, “everything we tried is not working. The election itself was the single most harmful event to the whole movement of reconciliation in at least the past 30 years. It’s about to completely break apart.”

Without question, the presidential election has tarnished efforts to advance reconciliation and racial justice within the evangelical church. The road to trust and transparency is again filled with potholes of suspicion and skepticism. And make no mistake—this is not on brothers and sisters of color. Collectively, white evangelicalism has been undermined not only by actions but perhaps, more significantly, by inaction.

From Outreach Magazine  The Path to Your Platform

But is everything we’ve tried really not working? Is the movement about to break apart? I don’t think so. Rather, corrective adjustment where needed can make this our finest hour.

In response to The New York Times article, sociologist Oneya Okuwobi, co-author of Multiethnic Conversations, states, “Correction is not cause for giving up. We can do this, church! Learn to give voice to people of color and their issues. Invest in becoming an antiracist institution.” Moreover, she writes, “The multiethnic church should have never been about blacks worshiping at white churches.” And she’s right. In every healthy multiethnic church the goal is accommodation not assimilation.

Sadly, when pastors prematurely, arbitrarily or erroneously declare their churches to be multiethnic based on mere percentages or as a marketing technique, they misrepresent the heart of the movement. and, as Emerson suggests, set it back. In so doing, they undermine the credible work of so many other pastors and ministry leaders today striving to build healthy multiethnic churches that view racial reconciliation, social justice and structural equality not as peripheral, but intrinsic to the gospel. Growing numbers of them are out there, laboring daily in difficult trenches, off the grid and out of the limelight, men and women who should not be denounced and are not commonly referenced in articles such as Robertson’s. I wish this article had included their collective voice, as well.

The painful encounters, collective frustration and systemic inequities all-too-commonly experienced by African-American believers and, more broadly, believers of color seeking to walk, work and worship God together with diverse others in churches such as the article describes are real, not imagined. As such, their concerns cannot be ignored and must no longer be dismissed by majority-culture leaders in positions of ecclesiastical authority. To do so violates New Testament mandates and expectations for the local church; that is, what the apostle Paul wrote about that extends to all people groups: “Do not merely look out for your own personal interests, but also for the interests of others” (Phil. 2:4).

From Outreach Magazine  Overcoming the Fear of Failing During a Crisis

I agree, then, with my good friend Santes Beatty, director of multiethnic ministries for the Wesleyan Church, who writes, “It’s no longer an issue of diversity; it’s an issue of discipleship.”