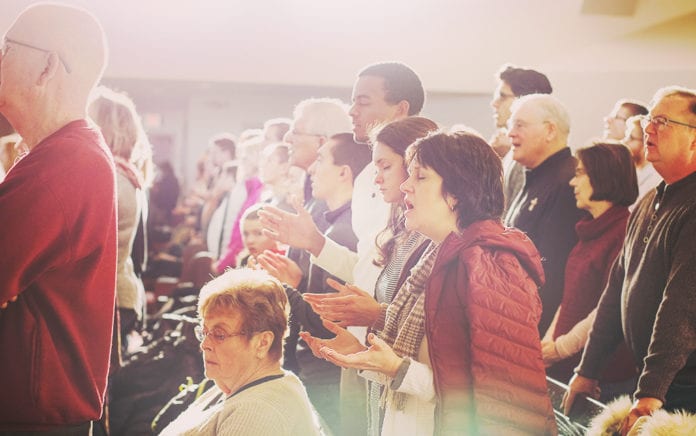 Here are the reasons we decided to reincorporate our satellite campuses into the original campus.

Mecklenburg Community Church is closing all of its satellite campuses and ending the multisite approach to growth we have embraced for nearly a decade. The sites are not being spun off into independent churches, but simply being consolidated back into our original campus through the planned expansion of weekend services and future building efforts.

The multisite model is not complicated to understand. The goal, at least for us, was never to simply make it more convenient for current Meckers to attend. The goal was to break down geographic barriers that might inhibit extending an invitation to an unchurched person. And I am sure that the multisite approach can and still does work for many churches.

But we’re now going to chart a different course.

It is not because our sites were failing; they weren’t. Most were growing.

It is not because the church as a whole is in decline. In fact, Meck continues to grow robustly and is now in one of its most accelerated seasons of numerical growth. We recently experienced the largest-attended slate of Christmas services in our history, the largest Easter weekend attendance in our history, and saw more than 400 people baptized in the last year.

So why are we ending our multisite approach?

It is because we practice what we preach when it comes to strategic church leadership. Namely, that methods must be ruthlessly evaluated in light of missional effectiveness. This not only means asking if they are still “working,” but how well they are working. And perhaps most importantly, how their degree of effectiveness compares to the potential effectiveness of other possible investments. If a method is found wanting, or there is a better method to pursue, then no matter what that method is, no matter what the outside optics might be, no matter how much time and money and effort has been invested to that point, there can be no sacred cows.

We have decided that it is time for the multisite approach, for us, to end and to have those resources and efforts be more strategically invested. And in so doing, we honor the hard work and prayers of those who helped launch our sites and worked tirelessly to serve their effort—those people are heroes. What they have done over the last several years mattered and was, to our thinking, the most strategic investment we (they) could have made. Marriages have been restored, families strengthened and eternities altered.

But it’s time to move to a different approach.

This will sound odd to many, as all things “multisite” seems to be one of the newer approaches to church growth. But it’s not, at least in the fast-paced nature of our modern world. The multisite approach came on to the scene in the late ’90s and early 2000s. The earliest books outlining the approach were written in 2005 and released in 2006 (e.g., The MultiSite Revolution by Geoff Surratt, Greg Ligon and Warren Bird). A two-decade-old approach is not exactly cutting edge.

But more to the point is that the entire multisite way of thinking predated the greatest shift our culture may have ever experienced to date—namely, the internet in our pocket. Lest we forget, the first iPhone wasn’t released until 2007. That very same year Facebook left the campus and entered the wider world, Twitter was spun off, Google bought YouTube and launched Android, Amazon released the Kindle, and the internet crossed one billion users worldwide—the tipping point to it becoming the fabric of our world. No wonder New York Times columnist Thomas Friedman once wrote, “What the h*** happened in 2007?” And all of this after—after, mind you—the multisite approach was conceived and began to spread.

Which brings us to the next point.

It’s a Physical Approach in a Digital World

We must engage the reality of our new digital world and the promise it holds, not to mention the changes it is creating with regard to pursuing the mission. I have been blogging about this extensively in recent months, see “A True Megashift: From the Physical to the Digital” and “The Phygital Church.”

The multisite approach is a physical approach in a digital world. Even worse, a physical response to a digital demand. Yet as my friend Carey Nieuwhof has written, “The internet is the venue in which the entire community you are trying to reach lives.”

We are finding that when someone is invited by a friend, instead of attending a physical campus, people first visit our website or some other online venture, and then—as a secondary step—attend one of our internet campus services. Our attendees even intuitively recommend that process. In fact, our internet campus is now our fastest-growing and second-largest collective venue.

Many years ago, I wrote the book Opening the Front Door, making the case for the weekend service being the front door to exploration. That is no longer true. The “front door” of the church is not even a physical place. The role of the multisite approach was to remove geographical barriers; today, those are not the barriers that need to be removed. The unchurched do not begin with geography—they begin online.

Which bring us to the third consideration.

The 20-Minute Rule Is Obsolete

Because of the new digital realities of our world, once someone is exposed to a church online—and, hopefully, intrigued—traveling beyond the “20-minute barrier” becomes largely irrelevant.

If you’re unfamiliar with the “20-minute” mantra, many strategists maintain that people will not travel more than 15-20 minutes from their home to attend a church.

That may have once been true, but no longer.

Ironically, the multisite approach itself, in light of a digital age, proves its obsolescence.

The multisite approach is based on a church having a regional appeal that allows it to establish a campus outpost outside of that mythical 20-minute window due to existing attenders in that 20-minute-plus area.

Translation: They already have people commuting from 20-plus minutes away.

Further translation: People most certainly will travel in the 20-plus-minute range for a church they are both attracted to and have come to experience and value.

In a pre-digital world, it was only the initial invitation that was thwarted by the 20-minute rule, because the only invitation to explore involved physical attendance. But in a digital age, you’re not asking people to explore things physically. They can, and even desire, to do it all from the comfort of their home. Once they are intrigued by a church through all things online, they think little of driving to experience what they saw online, even if it takes longer than 20 minutes.

The next reason for our decision is one that, granted, is not a factor for many churches. But the dynamic behind it may be relevant to enough churches to warrant its inclusion in this list.

When we began our approach, our lone campus was on an 80-acre tract of land that was purchased in light of the pending completion of an outerbelt around the city of Charlotte that would have a destination exit about a mile from that campus. We knew that with 80 acres, the “shoe” would never tell the “foot” how big it could get.

Yet the completion of that outerbelt took years longer to complete than anyone forecasted, with the final leg—the one that would serve our campus—not completed until just a few years ago in 2015. It has only been within the last several months that the secondary road infrastructure serving that exit to our campus has been completed.

This forced us into a multisite approach to serve the regional nature of our church community as major areas of Charlotte were a 45-minute or more drive away. Even suburbs considered in our immediate area involved lengthy drives. But now that the outerbelt has been completed and secondary roads have filled in, there are few places in Charlotte that are more than a 25-minute drive to our original campus. My oldest daughter and her husband recently bought a house from which five years ago it would have taken at least 25 minutes to drive to our original church campus.

Now it takes her less than 10.

In the final stages of our evaluation of the multisite approach, and it has been heavily under our microscope for months, we surveyed nearly a thousand of our attenders and found several confirming realities: 1) They were bypassing inviting friends to our newer sites, and instead were inviting them to the original campus (no matter where they lived); 2) if they weren’t inviting them to attend the founding campus, they were intentionally inviting them to online experiences such as our internet campus, or to listen to a weekend message on our app; 3) no matter where they lived in Charlotte, they didn’t feel sites near them were needed for reaching their unchurched friends; and 4) they were most comfortable inviting them to non-video venue events and services (Like most multisite churches, our sites were “live” in terms of worship, but used video for the message.).

In essence, we were putting a tool in their hands they didn’t ask for, didn’t feel was needed and, as a result, didn’t use—at least for the mission. They may have attended one of the sites out of convenience or a sense of duty, but they didn’t use it for their unchurched friends.

Oh, the Places We Can Go

There are other reasons churches might consider following our course, not the least of which are those outlined in a recent article you can read here on the challenges the multisite approach presents for leadership, pastoral oversight, moral train wrecks and more.

But for us, it was a missional decision many months in the making, and made from a position of health. As I said at the beginning, the biggest reason for ending the multisite approach is what we could do in its place with those resources and energies; meaning, the clear sense that there is a better investment. It’s a digital world, and we dream of expanding our digital footprint, making our website so much more than it now is (particularly making it work seamlessly with mobile technology), using social media to reach out in unprecedented ways, staffing our internet campus as if it were a physical campus, exploring the cutting-edge of physical engagement through “pop-up” events and so much more.

So might we one day return to some form of a multisite approach if our cultural context shifts again? Of course. And we wouldn’t be awkward or embarrassed about it. I would return to door-to-door visitation, Sunday school, revivals and a bus ministry if I felt they were most effective. Methods change; only the message, vision and values remain sacrosanct.

We are officially no longer “one church in multiple locations.” Instead, we will be trying to be one church in a digital world—which hopefully means one church steadfastly intent on staying on the front lines of reaching our unchurched, far-from-God community that we so dearly care about.

Thomas Friedman, Thank You for Being Late.

Leonardo Blair, “Why Many Multisite Churches are Now Moving Toward Autonomous Congregations,” The Christian Post, May 12, 2019, read online.