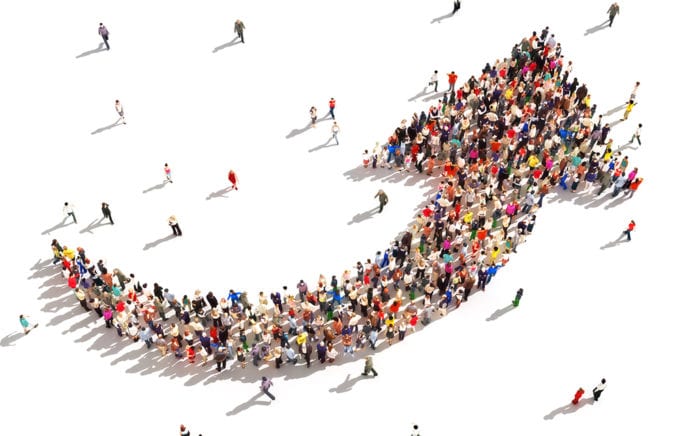 There is one primary thing that should be driving church growth. Here are four things that shouldn’t be.

Something’s driving your church. There are a variety of things that drive a church … the challenge for many church leaders is no one is really quite clear on what that is.

What drives your church is critical because it impacts everything you do. Ultimately, it directly impacts both your health and your growth as a congregation.

As I talk to leaders of churches of all sizes, I find different factors at work.

As much as we’d all love to say Jesus runs the church, the reality is that church is a partnership. God seems to delight in human interaction, and while God is in control, leaders have a role.

How we play that role can create health or dysfunction.

Here are four things that shouldn’t drive church growth (and one thing that should).

Small churches are almost always run or controlled by a single person. That’s rarely—if ever—healthy and almost always an impediment to growth.

The usual candidate for this kind of church is a matriarch, patriarch or the pastor.

Matriarchs and patriarchs often emerge in a small church as the one person that effectively keeps the doors open and the lights on.

Interestingly enough, the matriarch or patriarch doesn’t even have to be on the board to exercise their control. It’s just that everyone knows nothing gets done without the approval, blessing or consent of X.

The commendable side of a matriarch or patriarch is that the church likely wouldn’t still be in existence without them. They are deeply committed to seeing it exist.

The challenges outweigh the benefits though for a number of reasons. First, the church is programmed to stay small…one person leadership naturally stunts growth.

Second, churches run by a single person are usually in preservation mode—the goal is to keep it going.

Sometimes the single person who runs a church is the pastor. That’s also a bad idea.

It’s the pastor’s responsibility to lead the church, but not to run it.

Again, scripture makes it clear the role of a church leader is to equip people to do the work of ministry, each operating in their area of gifting.

From Outreach Magazine  The One Church Strategy That Always Works

Churches were never designed to be run by one person.

Being run by a person and personality are two variations of a similar theme.

Usually, in a personality-driven church, the personality of the senior leader functions like a magnet, attracting staff, volunteers and new people to the church.

The challenge is that both the growth engine and the loyalty in the church are to the senior leader. And that’s the Achilles heel.

The problem with a personality-driven church is that when you remove the central personality, the church falters.

It can also distract people from following who they should be following—Jesus.

No personality should ever compete with the centrality of Christ in the church.

God can use people to lead people (Moses and Paul were pretty imposing figures), but the goal of a leader should always be to point people to Christ.

Personality-driven churches are only as strong as their leader. And that’s an often fatal flaw.

By the way, it’s easy to assume that every large church is personality driven. That’s just not accurate.

That doesn’t always happen, but I’m thankful it has in these cases. Just because a pastor is well-known doesn’t mean the church is personality driven.

But if it is, that’s a bad strategy.

Nobody likes a hidden agenda. Except for people who have agendas.

If you’re not careful, an agenda other than the main mission of the church end up running the church.

This happens when an influential leader (staff or otherwise) gets the church to focus on something minor until it becomes a defining characteristic of the church.

The possibilities are endless. They include:
• Opposition to change (Nothing changes around here; everything stays the same.)
• A theological sub-point (How we do baptism becomes more important than why we do baptism.)
• A political viewpoint (This is a Republican/Democrat only zone.)
• A single, non-biblical issue (Our church is all about X.)

Churches that allow agendas to dominate usually only attract like-minded people who are more passionate about the cause in question than the gospel itself.

When only a small percentage of churches are actually growing and the church as a whole is lagging behind population growth, it’s no surprise that many churches are battling simply to stay alive.

Unfortunately, that can easily become the mission. When your mission is to merely keep the church alive, death is near.

You effectively end up saying “Come join our church so we can keep our church open.” That begs about 1000 questions.

As soon as you start to maintain what you’ve built, rather than build something new, you know the end is near.

The one good way to run a church is simple: Let the mission drive everything you do.

Mission-driven churches are the best churches.

First, the mission is bigger than anyone and anything. The true mission of the church has lasted 2,000 years and will endure until Christ comes back. If that doesn’t motivate you, nothing will.