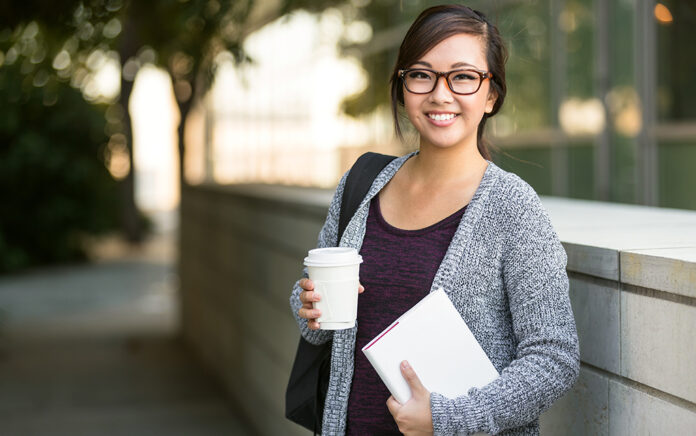 Creating an environment of mutual respect and love that helps people from every ethnicity be a part of your body.

Over the past two years our church, Hope Community Church in Austin, Texas, has seen a substantial rise in the number of incoming Asian American congregants. Their reasons for coming vary. Some simply want to live within a more multiethnic community. They are second- and third-generation immigrants, who grew up in Asian-specific churches, but never felt like they fully belonged because of generational and cultural differences. Others are coming from predominantly white churches where they felt misunderstood and uncared for. Though the reasons are varied, a recurring desire exists: Asian American Christians are seeking churches where they can flourish.

In many ways Asian Americans today are like the Hellenistic Jews of Acts 6. They are part of the body yet neglected. Asian realities are overlooked in the narrow Black-white racial divide. The stereotype of being the model minority prevents Asian experiences of racism from being taken seriously even though, for example, the Stop AAPI Hate center has catalogued over 9,000 incidents of racial violence against Asian Americans from March 2020 through the present. Asian culture, from the smells of our food to our different languages and communal values, is misunderstood, becoming the object of slapstick comedy or disdain; worse, Asian voices and leadership fall victim to the stereotype of the foreign threat.

We Need a Corrective.

As a pastor or local minister, if you live in a community with an Asian demographic, make it your goal to create space in your congregation for Asian Americans to feel welcomed, loved and celebrated. If there are Asian Americans in your church, you have a unique opportunity to receive the blessing that your Asian American brothers and sisters have to offer to the body of Christ while also addressing racial pain and working toward their flourishing. Here are five ways to do this.

Your church should be able to recognize the true diversity of Asian American people, interests, experiences, and perspectives. The Asian American population in the U.S. is estimated to be between 20 to 22 million. We represent 48 different countries in Asia as well as an Asian diaspora around the world, speaking hundreds of languages collectively. Take the time to know individual stories and what makes us unique. The Asians and Asian Americans in your pews need to be understood in their complexity. We are not just “Asian.” We are Indian American, Filipino American, second-generation Korean, first-generation Taiwanese, fourth-generation Chinese American, etc. Each of us is like all Asians, like some Asians, and like no other Asian.

Asian Americans in your church will flourish when they feel known for their unique story and identity, including their racialized experiences as a minority in the United States. Thomas Yee, lecturer of music theory and a congregant of Hope, shares, “As an artist and storyteller, I am passionate about the persuasive role that storytelling can play in shaping cultural beliefs and values. It may be too easy to dismiss social justice slogans as secular platitudes or having an agenda; it is much more difficult to dismiss an individual’s story who has been hurt and scarred by implicit or explicit racism.”

As a church, we can make space for people’s stories by encouraging congregants on a Sunday morning and in communal gatherings to ask each other intentional questions such as:

• “What are your ethnic roots?”

• “What do you wish more people understood about you and/or your community?”

As pastors and as a staff, we can include these questions when getting to know new congregants too. You can also include designated sermon series on cultural identity (Here is the series our church is currently going through.) and church town halls where congregants can have more focused opportunity to explore their cultural identities, share their stories, and create space for both celebration and lament.

2. Have Healthy Expectations for Asian Americans.

You should have the same expectations for Asian Americans as you do for any other congregant in your church: to love Jesus and be a faithful member of the church. Former director of creative arts at Hope Community Church, Jeff Johnson, explains it this way, “One thing I like to tell our Asian American congregants is that they have inherent value. Most of us Asian Americans come from honor/shame cultures. The honor or shame comes from performance or accomplishments. I like to remind them that they are valued at our church not based on what they do or accomplish, but who they are.”

It is imperative that we don’t fall into the trap of stereotyping Asians as only successful or useful in certain skills. For example, we cannot treat Asians like calculators, expecting them to mindlessly complete procedural tasks. Asian Americans should be given the opportunity to show their creativity and unique giftings. You should ask your Asian American congregants, “What do you think?” and “How would you do things differently?” Treat your Asian congregants as humans, not robots. Moreover, as Pastor Daniel Jung from Living Church, argues, when Asians do serve in your church, to seek their flourishing means ensuring that they receive equal pay, benefits, and compensation packages as the rest of your staff.

• How many Asians do you have on staff?

• Is it proportionate to the percentage of Asians in your congregation?

• Is it proportionate to the percentage of Asians in your community?

• How often do Asians preach from the pulpit?

• Even more significantly, how often do you quote Asian scholars and theologians in your sermons and Sunday school lessons?

There’s a wealth of Asian scholars and theologians to reference. Look up and use the South Asia Bible Commentary. Read and quote Havilah Dharamraj, Arthur James, Nijay Gupta, Jonathan Tan, Grace Ji-Sun Kim, Sydney Park, Sameer Yadav, and Jayachitra Lalitha, among others. Moreover, when you quote from them, have their quotes and headshots on the screen so the whole congregation can see their faces. That’s not a one-and-done solution to cultural equality for Asian Americans, but it is a powerful step in the right direction.

Speaking of Asian voices, it’s also important to note that Asian leaders bring a culture of listening. We wait for the pause. We aren’t always quick to jump in and share our thoughts because we are reading the room. This is an important skill in our fast-paced Western context. Instead of assuming our silence means disengagement or a lack of understanding, honor us by asking what we think.

Your non-Asian staff and congregants need to know, at the very least, a brief history of Asian Americans in the United States. You need to know about the Chinese Exclusion Act of 1882, the Chinese Massacre of 1871, and the internment of Japanese Americans during World War II. You need to know what happened to Indians and South Asians after 9/11, the way we became labeled as terrorists, and how this stigma continues in the present.

Your church needs to know about the stereotypes of the model minority myth and the perceived foreigner, so they can actively combat them. As a pastor, you need you to know who Vincent Chin, Balbir Singh Sodhi, Srinivas Kuchibhotla, and Vicha Ratanapakdee are and why they were killed. It is difficult to put the expectation on your Asian congregants to provide these kinds of historical lessons. Find time as a church, or as a staff, to watch the PBS docuseries Asian Americans or read Erika Lee’s The Making of Asian America.

Asian culture is not the same as White American culture. For example, in many traditional Asian homes, you typically only talk to the same sex. In some communities, a man and a woman who are not related don’t even look at each other, let alone shake hands. The leaders in your church need to know this when connecting with Asian American congregants. If you’re a non-Asian man, hesitate before going in to hug an Asian woman. Watch how she is engaging with you (are her hands tightly folded, are they open for a handshake, etc.). If you’re a non-Asian woman, be cognizant of whether an Asian man wants to shake hands or not, and honor Asian culture by not taking offense if he doesn’t. Also, when you visit the home of your Asian congregants, take your shoes off. Don’t even ask if you should take your shoes off (because then they will say, “No, you don’t have to”).

Communal gatherings at church are also a unique opportunity to usher healing for Asian culture. I can’t tell you how many Asians have been shamed because of the way our food looks or smells or the fact that we eat with our hands. I guarantee you almost every Asian in your church has been shamed because of their food. Don’t add to that shame. Instead, be part of the healing process by leaning in, inviting Asian congregants to bring their foods to church potlucks, trying our foods, and delighting in new flavors. Our posture should never be: Why do they do that? But rather: How can I join in?

Finally, whether on a Sunday morning or in mid-week gatherings, create an environment where Asians feel comfortable wearing their own cultural clothes. Acknowledge and affirm from the pulpit and elsewhere the beauty of different clothing. Perhaps say something like, “You are welcome to wear the clothing styles of your culture. At our church, there’s no required clothing style.” That would be a powerful statement for Asian Americans to feel like they can bring their whole selves into their congregation.

These suggestions and practical steps are not meant to be a burden for you and your church. Rather, I believe that the more we joyfully seek to live into these practices, the more we will be able to live into the beautiful picture of Revelation 7 where all people of all cultures can fully worship God together. May we seek the flourishing of our Asian American Christian brothers and sisters in our churches and communal life, and may this path lead to greater worship of our Lord God.