Home Features Leading Toward the Mission in Tumultuous Times 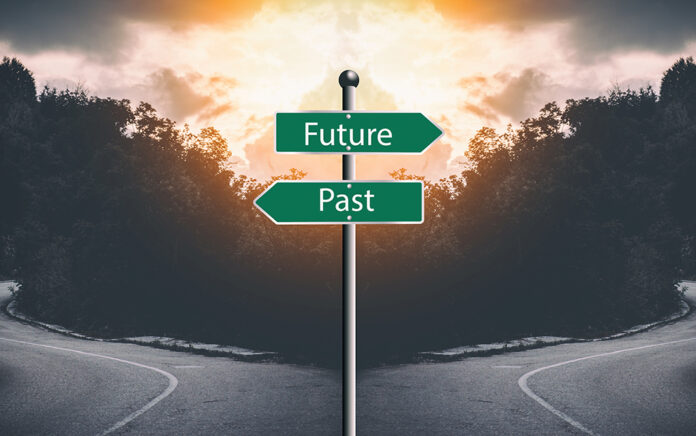 We engage the mission by keeping the focus on the gospel and reaching people. But we don’t do this in a vacuum separated from the larger cultural issues of our time.

Over the past year and a half, we’ve been through the wringer, and it’s significantly impacted leaders.

The pandemic not only took the lives of hundreds of thousands, it also exposed deep fractures in society. Masks, mandates, vaccines, politics and conspiracy theories all added to the tumult.

For those in leadership, the challenges have never been greater it seems. But this is where history may come to our aid. Put another way, we’ve been here before. And though history does not really repeat itself, it does tend to rhyme. We can lead better in the future by sometimes looking back to the past—particularly at tumultuous times like the one we face now.

In the 1960s, the hippie counterculture would seem like the last place God would choose to send revival. Young people marked by drug addiction, the sexual revolution and dropping out of society sounds more like a call for the judgment of God than a recipe for revival from God.

But in the middle of that incredibly divided time, God touched a generation. The Jesus People Movement came unexpectedly and led to a revolution in worship and the evangelization of many baby boomers.

It’s happened before; could it happen again?

Every 50 to 60 years it seems the United States goes through a cultural convulsion. We faced one in the late 1960s, another around the turn of the last century, and another half a century earlier with the Civil War. These seasons trigger upheaval and uncertainty, and are often marked by fear.

We are in the midst of such a convulsion. For many, the division we experience today seems unprecedented … unless we look back to the last cultural convulsion. In many ways, last year was a lot like 1968. The parallels between 1968–1969 and 2020–2021 are striking:

April 4, 1968: Martin Luther King Jr. was assassinated. More than 100 cities experienced protests and riots. That same year, Bobby Kennedy was assassinated, and the most intense protests of the Vietnam War to date came following the Tet Offensive.

May 25, 2020: George Floyd was murdered by police. Over 140 cities reported protests and riots.

August 26–28, 1968: The Democratic National Convention was held in Chicago in a time of unrest and protests, with the violence shown on national television.

There are three things I want to say about our current situation and its parallel with 1968. First, don’t expect to go back to normal when the pandemic ends.

I believe we will have a season of turbulence for another three to four years as Americans question their institutions, wonder who is being honest with them and search for clarity in a time of mixed messages by the media. The influence of social media and cable news will only extend this upheaval.

On the surface, we can easily be discouraged as there seems to be a dark cloud over our world that doesn’t appear to be breaking up any time soon. But we still have hope in the work of the Spirit to do new things. It’s not always the case, but tumultuous times can create the fertile ground out of which a new work of the Spirit can sprout and grow.

You can find such an example in 1968. A pastor of a small church in Costa Mesa named Chuck Smith began to be aware of the many unreached hippies in his area. And that year he met Lonnie Frisbee, who would become an evangelist who saw multitudes come to Christ. Calvary Chapel exploded into a megachurch and church-planting phenomenon. It is this church that, more than any other, has reshaped corporate worship.

Out of a time of deep division in our country came a movement exalting Jesus and invigorating worship.

Third, we remember the mission drives the church into society. We can’t solve all the issues of our time any more than Chuck Smith could fix all the crises of 1968. But we can do what he did: We can teach the Word, share the good news with those on the margins and create spaces for the coming generation to thrive spiritually.

In 1968, American society was trying to understand the counterculture. Churches like Calvary Chapel stepped into that space focusing on the mission to reach people and saw God do remarkable things.

Soon after Calvary Chapel built a new building, a board member who was not a fan of the hippies pouring into the church put up a sign before a service that said, “No bare feet allowed.” Pastor Chuck tore down the sign and told the board that if the choice was between the youth and the new carpet, the carpet could go. The hippies kept coming, and the church kept growing. In a cultural moment, the church must speak up for the marginalized for Christ’s sake. In a cultural moment that can create a lot of angst and vision drift, the church must keep its eyes on Christ.

I saw a sign in the yard of a church that said, “If you wear a mask, you are not welcome.” We need Chuck Smiths today who will say, “No matter who you are or what you believe, Jesus loves you, and we do, too.”

Speaking into issues with the truth of the gospel and sharing God’s love for all people in a divided time is not a problem; it is an opportunity.

What if today, while the headlines focus on the strife, God is quietly at work with the next Chuck Smith encountering this generation’s Lonnie Frisbee?

If we stay focused on the mission God has given and lead well through the crisis, we may soon find out.