Home Features 4 Reasons Christians Are Disengaging From the Church 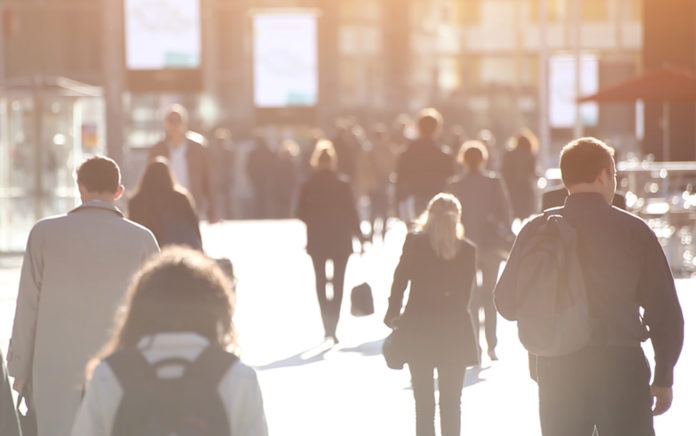 You’ve probably noticed. Leading a church is more confusing, frustrating and complex than ever.

In this article, I’ll share some surprising data that shows why it feels that much harder, and some observations and suggestions that I hope can help point you in a more promising direction.

Please hear the tone of this article. I’m a huge believer in the mission of the local church.

I continue to be part of the local church and am doing all I can to support our church and churches around the globe.

So as hard as the news is in this article (and the self-reflection it provokes), I’m believing in a strong, fresh future for the church, its leaders and people.

That said, the trends developing over the last year are more than a little alarming (I covered three other shocking statistics here).

Even if things swing back more positively in the post-pandemic church, these numbers are significant enough to make even the most optimistic leader pay attention and change course (I’m also an optimist).

While we won’t know the full impact of the disruption for a few more years, the steady decline of church attendance over the decades may be on the verge of becoming a new exodus.

First, though, the numbers.

The Barna Group polled the general population, practicing Christians and “churched” adults about their attendance patterns.

The main distinction between practicing Christians and churched adults was whether they considered themselves regular church attenders.

Even starker, though, is how practicing Christians and churched adults answered the question.

In 2019, 100% of practicing Christians and churched adults had gone to church within the past six months. Six months into the pandemic, 19% and 22% hadn’t gone to church at all—digital, physical or reopened.

Please let that sink in. One of five churchgoers have simply stopped attending all forms of church in 2020.

These numbers are also consistent with trends seen early in the pandemic when as many as 50% of millennials said they’d stopped attending church of any kind.

So there’s no easy way to explain these numbers away.

‘IS THIS REAL?’ MATTERS MORE THAN ‘IS THIS RIGHT?’

My guess is as you read through the data you’re alarmed, depressed and a bit angry.

One of the top responses I’ve seen here in the comments and on my social is leaders who are angry about trends like this, or who lament about how bad this is.

As a leader, you can ask the question “Is this right?” from several perspectives.

First, you can argue with the numbers … making up your own facts or looking at your own church as an exception to the rule.

If your church is growing, that’s amazing. But exceptions to the rule don’t change rules.

Second, you can argue that people are wrong in leaving the church.

That may be true … but just because it isn’t right doesn’t mean it isn’t real.

Both of these reactions are just that: reactions, not responses. Wise leaders spend their energy responding instead of reacting.

Yes, there are great arguments in favor of digital and in-person church participation. As you can see from other Barna research, anxiety and worry seem to be higher among people who don’t attend church or stopped attending church.

Still, that hasn’t stopped people from not attending church.

Here are four reasons I see people are disengaging from the church in record numbers right now.

In the early days of the pandemic, as almost every church pivoted to online, there was a lot of experimentation with different forms of ministry and connection.

Then a lot of churches abandoned experimentation in favour of adaptation.

Soon, most churches gave up doing almost anything other than streaming Sunday services or offering them on demand.

Yes, groups ran in the background and a few other endeavours were tried, but for most churches, the innovation stopped.

The problems associated with that are many.

First, people can get great content anywhere. So they do.

Second, the thing your church has to offer that others don’t is connection—real relationship.

Moving forward, rethink what you’re doing online to make it more about connection than consumption.

Connection leads to community and relationship—with God and each other.

I’ll have a lot more to say about this in future posts, but let’s leave it there for now.

2. An Obsession With Attracting, Not Equipping.

It’s great to get a lot of views, but the deeper question is what do those views produce?

In the same way a lot of us (myself included) love to see a full room, watching your view count can be a great dopamine hit (for more on what triggers you and why you love full rooms/large views/record stats, read this).

It’s just so easy to focus on attracting, not equipping.

To some extent, the pandemic era church revealed what we had produced: lots of attenders who, once the pattern was interrupted, stopped attending.

It was easy to assume we had cultivated devotion, but instead what we’d really done is created attendance habits that once the pattern was interrupted, quickly dissolved.

To reference the overused proverb, perhaps we took too many people fishing, but never taught them how to fish.

For years here we’ve talked about the need to focus on engagement, not attendance.

In the digital disruption that’s changed so much, the focus has to shift further from engagement to equipping.

With more people moving than ever before (just wait for 2021), the rise of location-independent churches, and the fragmentation that digital options create, it’s almost like you have to view the people you reach like a teenager who needs to learn to cook, clean and budget before heading off to college. Disciples who know how to follow Jesus endure much better than disciples who have church leaders (priestly, pastoral or celebrity) who do it for them.

From Outreach Magazine  Leadership You Can Make Happen

That was kind of the mission all along, but the recent crisis has brought it into even sharper focus.

This may be the year where almost everyone considered deleting their social media accounts. I know I did.

I searched for the right adjective to describe the tone of Christian posts I’ve seen this year, and the best one I could come up with was “mean.”

What many church leaders forget is that whenever you post, the world is watching.

That jab you took at someone you don’t like. That right hook you threw at someone who’s different than you. The cynical/angry/sarcastic rant you posted thinking you told everyone what they need to know.

You know those posts? The ones that get commented on and shared because the internet likes anger?

The unchurched are watching. And listening. And for the most part, you don’t even realize they are. But your profile is public. And they know … they’re connecting the dots.

And maybe, just maybe, while they’re watching and listening, they’re walking away.

2020 was not the Christian world’s finest hour on social media.

Time and time again, when the world needed love, Christians gave it judgment.

Ultimately (and this is my challenge to myself), any tone issue isn’t really a tone issue: it’s a heart issue.

Because out of the overflow of your heart, your mouth (and fingers) speak.

When our hearts heal, the church will heal.

I wonder if years from now we’ll talk to people who bailed on the church and realize the exodus during the pandemic wasn’t medically induced, but politically induced.

More than any other year I can remember, the evangelical church became inflamed politically and ideologically. Regardless of which direction you lean, it wasn’t pretty.

My hope is that Christians look, live and sound much more like Jesus than the political candidate of their choice.

The last vestiges of Christendom may be slipping away in America. And that’s not fatal to the church. Not in the least.

The church was the church long before Constantine and has often been at its best when the culture is indifferent or hostile to it.

And, contrary to what many believe, that is in abundant supply in many—if not most—churches.

The collapse of Christian culture should bring out the best in us, not the worst.

I pray they find him in our churches.