Home Features 7 Habits That Will Cripple a Leader 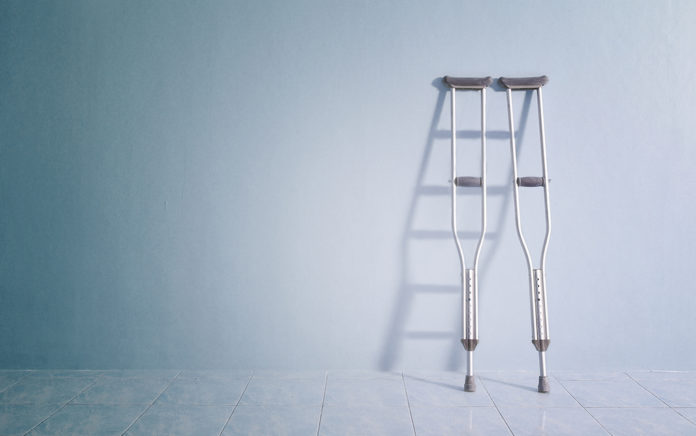 The things that may be stymieing your leadership

There are some things that can quickly cripple a leader.

I’m constantly thinking how I can help people on our team improve as leaders. Of course, in order for that to happen it means I must constantly be improving as a leader. I realize our team’s potential to get better at leading others is limited to the extent I am willing to become a better leader.

I’ve learned along the way to being a better leader that there are some things which simply keep leaders from being effective. I used the word “cripple” in the title and I don’t think that is too strong a word. The things I’m going to list have all crippled me during seasons of my leadership. There are some actions or characteristics which can simply derail a leader’s potential for success if not identified and addressed.

Understanding these and disciplining ourselves to avoid them can make us better leaders.

7 ACTIONS WHICH CAN CRIPPLE A LEADER

1. Trying to personally handle too much. Too many changes at one time. Or having too much on your plate. Refusing to delegate. You can only do so much and when you try to do more you almost always lose efficiency and effectiveness.

Years ago, I realized this as our church plant was growing quickly. I was trying to meet with people, be active in the community, lead our staff and organizational structure and still preach effectively on Sunday. Something had to give. I started giving some things away and it was amazing how much better my messages became on Sunday—and how much more effective I was in my other responsibilities.

2. Refusing to rest. Resting isn’t just a nice quote on a 10 commandments plaque. It’s a command for a reason. Our bodies and minds need time to rejuvenate and recover. Burnout is almost always a result of leaders who fail to say no or are never still.

I have had more than one hard learning curve in this area. Thankfully, I’ve matured and now I can say the more stressful the season the more I discipline myself to exercise and get away from the office. In the busier than normal season I don’t have to work harder, but smarter.

3. Allowing critics voices to dominate. You will always have critics. And, you shouldn’t ignore learning from them—even when you don’t agree with them. As leaders, we must remain humble and teachable. But, this doesn’t mean we allow the dominant voice to be those who aren’t even supportive of leadership or where we are leading. In my experience, most of the time there are some people that are critics regardless of who is leader.

I’ll never forget the time this one lady continued to blast me about the “satanic” music our church sang. It wasn’t satanic at all. In fact, we were careful with our lyrics on every song we used in our worship services. The problem was it wasn’t her style. For a while I let this haunt me every Sunday. I was paranoid what others might be saying. But then I realized there were lots of people who were better engaging in worship because of our style. Plus, there were plenty of other churches which might have more closely aligned with her preference. I couldn’t allow her preference to control what was leading a couple thousand other people in worship every week.

4. Ignoring the hard decisions. Leadership isn’t needed if we simply manage status quo. Leadership takes people to unknown places. This requires change—and change can be uncomfortable. Let me correct that—change is always uncomfortable—to someone. In my experience, leadership is often crippled until someone is willing to make the hard decisions. As leaders we must not lead to be popular, but to do right things to achieve the worthy, pre-established visions of our organization.

This has been true so many times as we have had to change or stop programming in an established church. I’ve learned “we’ve always done it this way” is rarely true. When a church is over 100 years old there’s nearly nothing done the same way it was when the church started. They’ve simply done it that way long enough to be comfortable. But, part of our success has been the willingness to move forward—strategically and cautiously—with needed improvements towards our vision. This has included hard decisions involving programming, but even harder decisions regarding people. (And, the people decisions are always the hardest—but, sometimes the ones most needed.)

5. Controlling everything. When the leader has to know everything happening in the organization or when they are paranoid because they don’t, we know there is crippled leadership somewhere—either with the leader or those being led. Most leaders don’t want to be surprised on major things, but when they have to be intimately involved in every decision and every detail it usually indicates they don’t trust their team. That’s crippling to any leader—and the team.

I’ve always been pretty good at delegating. It may have come when we bought a small manufacturing company and I was completely in over my head as a leader. I quickly realized if I was going to have any success I had to release control and trust other people—often people more qualified in areas than me. That learning experience has surely helped me as a pastor.

6. Impatience. Rome wasn’t built in a day. And, neither are healthy organizations. Leaders must learn to have patience and perseverance, even when those on the team are growing weary. Many times we quit just before the turnaround.

I have sat with so many pastors—especially attempting revitalization—who were short-term at their churches—not because the work was finished, but because they were not patient with how long the process of change was taking. The best leadership happens over seasons and years—not over days and weeks.

7. Developing a sense of entitlement. The leader who ever feels they’ve “arrived”, stops learning, or begins to take all the credit for success in the organization has become a very crippled leader. The team will no longer support the leader fully. They will trip on their own ego. It’s simply the quickest way to failure.

I could spend a whole blog post—and probably should—on how I have personally witnessed egos lead to moral, spiritual and professional failure. Chances are, however, you have witnessed this plenty of times also. Pride always goes before the fall.

Those are a few actions or attitudes which I have seen cripple good leadership. It’s always sad to me to see a good leader fail. My prayer is this could be a check for any leaders who may be struggling in any of these areas.

Check out our new leadership podcast where my son Nate and I unpack issues like this in a practical way.