Home Features How to Handle Three Types of People Online 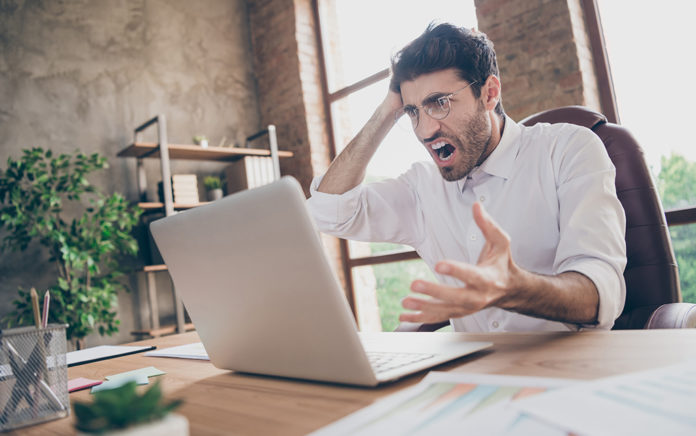 Wisdom for navigating the types of people you meet online

Ready or not, both you and your church are online more than ever before.

Handling the tech is one thing, but a question many don’t think of is how to handle the people.

As you’ve probably noticed, you’re getting more weirdness, trolls and criticism than you’re used to.

What do you do with all that?

As an online content creator, I’ve been wrestling this problem down for years, and while it’s not easy to deal with, if you think in categories it can save you a lot of time, heartache and a few sleepless nights.

So if you’re angry, caustic and mean … you’ll attract those kind of people.

On the other hand, if you’re thoughtful, kind and generous, you’ll find that most of your audience is the same way.

I’ll also be the first to say I feel as a content creator that I’m in the rare space of having a generally amazing, thoughtful and kind audience. For the amount of traffic we get, 95% of the interaction I see online via the blog, podcast, and social media are overwhelmingly positive.

But—and this is the catch—no matter how kind, thoughtful and generous you are online, the critics, trolls and weirdness will find you.

In this article, I’ll share a filtering system for handling online comments, direct messages and interactions that have helped me a lot. I hope they help you.

THERE ARE THREE BASIC KINDS OF PEOPLE IN THE WORLD

And basically, there are three kinds of people in the world.

It may seem too simple to divide the world into three kinds of people, and try as he might to avoid it, clinical psychologist and best-selling author Henry Cloud helpfully points out in his book, Necessary Endings that there are essentially three kinds of people in life and leadership:

After 25 years in leadership, I’d have to agree with Henry. Sure, people can move between categories. Wise people have foolish moments and we can all do things that can only be described as malicious or evil.

All day long, though, you hear from all three categories of people online.

Essentially the difference between wise people and foolish people comes down to how they deal with truth.

Wise people encounter truth and change as a result. For example, after getting a speeding ticket, wise people learn and slow down. After being told their words hurt someone, a wise person will try to understand why, apologize and work hard not to do it again. They’re open, not defensive, they learn and grow and tend not to make the mistakes over and over again.

Foolish people encounter truth and don’t change. Instead, they try to adjust the truth so they don’t have to adjust to it. Confronted with a problem, a foolish person will deny, blame, minimize, generate excuses and do anything in his or her power to avoid having to deal with reality.

They don’t learn and rarely grow. As Cloud’s frequent collaborator John Townsend puts it, foolish people have a flat learning curve. As a result, they tend to wreak a lot of havoc and cause damage in their own lives and the lives of others.

Foolish behavior means some broke people will always be broke, some chronic procrastinators will always be late and some people keep running into the same problems again and again. They may mean well, but their lack of learning means they keep making things hard for themselves and others.

Evil People. Finally, as hard as it is to admit, some people really act in an evil way. They intend to harm you. They want to take you down.

And as hard as it is to believe, they don’t have your best interests at heart and want to see you fail.

I found it hard to accept this early on in leadership, but I’ve seen it often enough times to no longer dismiss it.

For years, I kept thinking evil people would change and that foolish people will change.

Just because someone can change doesn’t mean they will change.

HOW TO HANDLE THREE KINDS OF PEOPLE

So what’s the takeaway?

If you want to curate a positive, helpful, honest and real presence online, my suggestion is to:

Amplify the voice of wise people.

Help and interact with foolish people (but limit their influence).

It can be difficult to discern who’s wise, foolish or evil in real life. It can be even a little harder online. But here are some characteristics to guide you and your team.

1. How to Recognize Wise People Online.

• Thoughtful. They actually add to the conversation and are mindful of other people.

• Considerate. They think about other people and often engage with others in a way that makes everyone better.

• Helpful. They make a positive contribution with their words and tone.

• Mutual. This one’s a little harder to put into words, but there’s a give and take, a back and forth. They’re open to new ideas and interested in what other people think.

• Generous. They’re kind with their words and attitudes.

• Humble. It’s not all about them, and they don’t mind saying sorry if they stumble into negative territory. They learn from their mistakes.

What do you do when you find a wise participant in the chat or comments? Amplify their voice.

Acknowledge them. Interact with them. Thank them.

Better yet, ask some wise people you know to be active early in the chat or comments to set a great tone. Wise people often hold back from the conversation, allowing, well, others, to dominate. Draw them in. Ask them to comment.

This is the kind of interaction we all long for online but which seems to be oh-so-scary.

When you find it, fuel it.

2. How to Recognize Foolish People Online.

Foolish people, as John Townsend says, have a flat learning curve. They don’t intend to harm themselves or others, but they do.

Here are a few characteristics of foolish people to help you recognize that kind of behavior in the chat:

• Selfish. It’s all about them.

• Single Issue. Because it’s all about them, they keep coming back to their pet issues.

• Unhelpful. They’ll keep talking about what’s on their mind, but instead of being open to others, they’ll link to the things they care about? i.e. “Have you heard about the latest discoveries about the Moon Landing in 1969? Totally run by aliens. Here’s proof.”

• Off Topic. Because they’re the topic, they have a hard time tracking with what’s happening in the stream.

• Not Humble. It is all about them. Sorry, did you say something?

Foolish people aren’t evil people, but the best practice in chat is to limit their interactions.

A great strategy when someone dominates the chat with their own issues is to invite them to an offline conversation. Hey Carey … thanks for being part of the chat. I see you’re really into Moon Landings. Jason on our team would love to connect with you. Can you send him a note at [email protected] and he’d be happy to hear more of your story there.

If you run a Zoom service, you can move that person off to a breakout room.

From Outreach Magazine  5 Signs of an Insecure Church Leader

The truth is people are lonely. They need connection, but sometimes the best way to connect is offline rather than in front of everyone in the group.

You’ll also notice that the characteristics above can describe the behavior of someone in crisis or deep pain. Not necessarily a foolish person at all, just a hurting person.

Again, the best way to deal with grief or pain is to help the person get the help they need. You can best do that offline.

What’s your method for taking online conversations off line so people can get the help they need?

Once you have that set up, your chat will get a lot healthier.

3. How to Recognize the Trolls and Haters Online (Evil People).

People who behave an evil way can destroy your online conversation in minutes. Be really careful.

As much as you want to help people, if someone is there to harm you, you need to take action.

The biggest differences between foolish behaviour and trolls and hater are tone and intent.

• Rude. Hater and trolls specialize in ALL CAPS, lots of exclamation marks, and being dismissive of other guests.

• Abusive. They lash out against the speaker or other participants in rude or obnoxious ways.

• Anonymous or Fake. Trolls and haters rarely use their real names and have fake account pics.

• Single Issue. The issue tends to be them or what they’re against.

• Closed. People who do something foolish often respond to correction. Trolls and haters don’t. They’ll keep going until you shut them down.

• Persistent. Even after you shut them down, some will come back under new, fake accounts.

• Vain. It is all about them. There is no other message or messenger other than what they’re communicating. (Note, usually people who start with “In my humble opinion” aren’t).

I wish we live in a world where none of this happened, but it does. And you have to be ready for it.

So, when I see someone like this on one of my posts, I’ll usually just delete their comment first, and if they are kind after that, I won’t ban them.

“Oh, now you’re deleting my comments??? THIS IS CENSORSHIP AT IT’S WORST!!!”

In the same way thieves don’t have a ‘right’ to come back into your house, you can decide trolls and haters aren’t allowed to steal meaningful dialogue from your channels.

Letting trolls and haters control your feed is like letting cancer grow untreated. It will eventually kill all good life.

The best thing you can do to a troll or hater is block, ban or delete them.

They’ll find another place to spew on the internet, it just won’t be on your site.

My guess is the compassionate side of you would probably like to give trolls and haters another shot. I get it. I’ve tried more than once.

Hate to tell you this, but it pretty much never works. A true troll has no interest in dialogue, learning or respecting others. Maybe they do need help, but if they’re only doing damage on your site, you’re probably not going to be the person who helps them.