Home Features Facing the Reality That People Will Leave 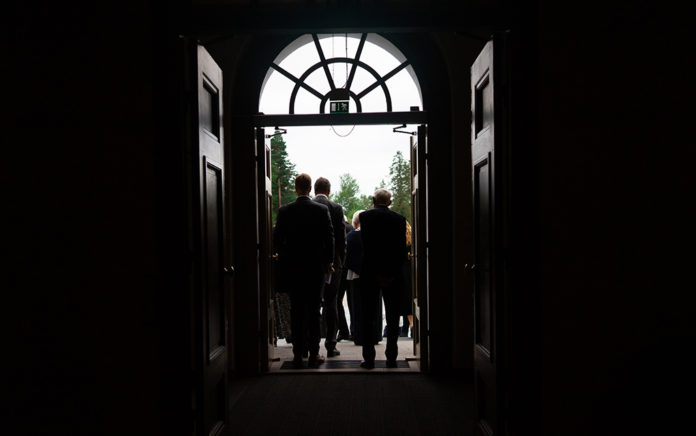 How to keep a level head when people take off

People are leaving your church. I’ve read that more people leave during the fall than any other season. This isn’t because people get wanderlust; rather, most physical relocations due to work or some other issue are made during the summer before the fall school season begins. It takes a few months to find a new church home, so fall is a heightened time of transition.

But I’ve also read that more people are leaving during the pandemic than ever before. There are lots of reasons the pandemic is accelerating people’s fall transitions.

They may have already been drifting, and this gave them the final push.

They may not have agreed with your decisions related to the virus, such as whether to stay “open” or “closed.”

They may have felt the freedom to “view” other churches online and decided another was better for them.

For whatever reason—fall or winter, summer or spring—people will choose to leave.

Many, many more will join. And the vast majority will willingly, gladly stay in place.

But back to the ones who leave.

I’ve been a pastor of a church for nearly 35 years. You learn a few things along the way. Here’s an important one: people leave. It doesn’t matter what you do or what you don’t do. People can and will leave.

It doesn’t even take a pandemic, much less the autumn.

It will always feel personal. Stuart Briscoe once said that there are three qualifications of a pastor: 1) the heart of a child; 2) the mind of a scholar; and 3) the hide of a rhinoceros.

None of us do well with the hide.

But here’s a second observation that I’ve had to learn: you have to own and lament the ones who left for reasons you caused.

And you should not simply lament, but repent.

But there are other reasons people leave, and when they do, you can be at peace with it.

For example, if you spoke out regarding a cultural issue that had deeply biblical implications and someone left because they wanted to adhere to a non-biblical perspective or simply felt churches should not address cultural issues when the Bible clearly does,

If you took a stand against sexism or racism, and someone left because they felt you were being “political” in addressing what was clearly a biblical issue,

If you taught the full counsel of Scripture, including its hard, moral truths on matters regarding the sanctity of human life or sexual morality and someone left,

If you made it clear that you accepted someone individually as a human being, but could not equate that acceptance with an affirmation of their non-biblical lifestyle and they left,

I hate it when people leave Meck. But I have always focused on the “why” of their leaving. Once I find out, and I learn it’s on me or the church, the call is always to repent. But when I can honestly—before God and Scripture—say that it was because they simply crashed into the transcendent truth of the living God, then okay. If that’s the reason,