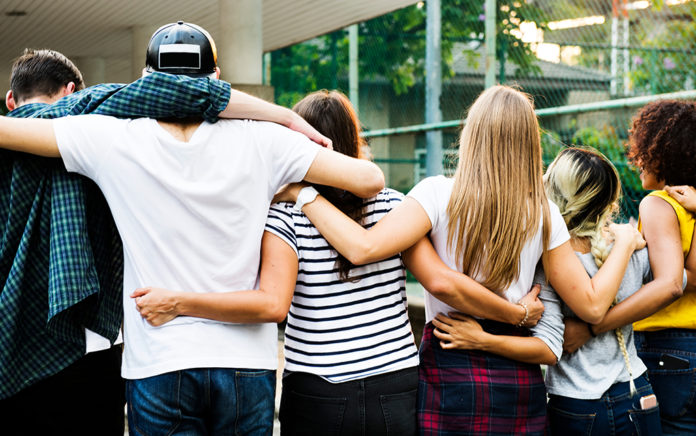 Insights for the church from a Gen Z thinker.

There’s no doubt that Gen Z has some different habits than previous generations.

Thanks to the internet and smartphones, the environment that we’ve grown up in is completely unique, and unlike any generation before.

We spend more time online, go outside less, and care about wildly different things than our parents did when they were kids.

I’m 22, and I still watch a ton of YouTube. Even post-graduation, my classmates still spend a ton of time on Instagram and TikTok. None of us plan on making any of these a smaller part of our lives.

So for the church: How do you become a bigger part of our lives online?

Well, first, I think you need to be aware of how and why we behave and think the way we do.

The internet has given me the freedom to watch exactly who I want, when I want.

So, the only reason my friends or I are watching your church online is either because our parents are making us, or because we deeply care about what you have to say.

There are just too many other appealing ways to pass the time for us to waste our time on something that isn’t helpful or fun to watch.

So what does this mean for teaching pastors and service programming directors?

Ten seconds of boring is enough to lose a Gen Z viewer.

Every second of online content you produce needs to add value in an efficient and engaging way.

2. If You Want Me to Follow You for a Long Time, I Need to Get to Know You.

Our spirituality is one of the most sacred and private things we have, and if you want Gen Z to trust you with our time and subscription, we need to trust you.

And, a weekly sermon just doesn’t cut it for us.

In this digital era, churches should be producing more personal content online, not less.

There are tons of Twitch streamers and YouTubers who are doing this well. As church leaders, it’s about time that we start learning from them.

The single best YouTuber I’ve found at building a feeling of community and trust is a guy named Matt Carriker. Matt (who happens to be a Christian) has built three massively successful YouTube channels that have a combined total of 15.26 million subscribers.

His OffTheRanch channel is a personal vlog, and his fastest-growing channel that allows his viewers to see into his family, his hobbies, his character flaws, his ideas, and his work. By taking us into his real life, it builds more trust and community within his audience.

I think churches could do something similar.

Lead pastors could take the vlog camera home and show some of how they parent, or the staff could bring the vlog to worship practice or community service projects to show how the church is run throughout the week.

It’s just an idea, but ideas like this are going to reach my generation.

If you want more on how to create videos that people love to watch and engage with, Sean Cannell’s Video Influencers would be another great channel to check out. Here’s Sean’s recent interview on Carey’s podcast.

3. I’ve Been Trained to View Myself as a Brand.

I don’t think this mindset is healthy, but I do think it’s accurate. And as the church, we’re called to reach people where they actually are, not where we would hope they’d be.

If you want to reach a “me-centered” generation, show us what’s in it for us.

One biblical angle to take with this is to change your church’s focus from the Sunday experience to what the church is doing throughout the week. Show us how we can join your movement and not just build your platform.

This might be a bit closer to how the church was designed to function anyways.

4. Gen Z Would Prefer to Avoid Our Parent’s Generation on Social Media.

When I look back at my time in school, new social media apps like Vine, YikYak, Kik, and TikTok would come up in popularity in phases.

The life cycle of a new app would look like this:

1. A new app would release.
2. It would become popular because our parents had no idea about it yet.
3. Our parents would find out about it and create an account or have the school block it.
4. We would all abandon it for the next app.
5. Repeat.

I think this is part of why TikTok exploded like it did, and why many of the young people I know are spending less time on Facebook and Instagram and more time on TikTok. It’s still cool to avoid our parent’s generation online.

So, for you and your church, I’ve got a few strategies to think about:

1. Even as new apps become popular, I still follow Craig Groeschel on Instagram and YouTube. I follow him because I trust him, and I’ll still watch him on those platforms because I know he’ll be there. If you’re a senior pastor, stick to where your people know you are, and double down.

2. For taking new ground on new apps (like TikTok), let a young staff member or young volunteer take the lead. Let the student ministry put effort towards experimental apps, and as the average age of an app’s users increases, begin to add adult-focused content.

3. No matter how old you are, don’t try to be someone you aren’t. If I see John Piper dancing on TikTok tomorrow, I’m going to be more concerned and less likely to follow him. No matter the platform, being authentically you is the best way forward.

A couple of years ago, Greg Atkinson told me that if you want to reach the next generation, having a diverse church isn’t optional. He’s right.

Our schools are diverse, our workplaces are diverse, and our friend groups are diverse. If your church isn’t at least as diverse as the school we grew up in, we will question you as an organization.

As Derwin Gray and Darryn Scheske pointed out on a recent ChurchPulse Weekly podcast episode:

If you want more on leading a diverse church, this interview is a great place to start.

One of the biggest issues facing the next generation is a sharp decline in mental health.

Here’s the strange part: We’re fully aware of the mental health crisis, and what’s causing it, but our phones are too good to give up.

The rewards of the internet outweigh the risks for us.

So, how can you help?

Sadly, a sermon series once a year isn’t enough to reach a generation plagued with anxiety. The church needs a better solution.

Maybe it’s opening a counseling wing attached to your church. Maybe it’s making mental health a regular focus of your young adult ministry or small group or something else entirely. Whatever it is, this is a felt need that we have year-round that the church can’t ignore.

7. When I Talk to My Non-Christian Friends About Church, I Usually Need to Lead With an Apology.

During my first couple of years of bible college, I was a server and bartender at a restaurant in downtown Omaha.

All but two of my coworkers were 16 to 30 year olds who were either atheist or agnostic, and almost all of them had stories about how the church had hurt them or their families.

So, if I wanted to have any form of evangelistic/spiritual conversation with them, I had to first apologize (for something I had nothing to do with) and convince them that not every Christian is judgmental or abusive.

This is true for most of the people my age.

I wish this weren’t true. And I wish it were just an isolated thing, but it’s not.

As evidence that this wasn’t just my experience, I posted a tweet last week in a moment of stress that I would not be so quick to post again. The tweet said:

“As a 22-year old Christian, too often it feels like I’m a Christian in spite of the Church rather than because of the church.”

Again, if I could go back in time I don’t think I’d tweet this again, but one thing that shocked me was the response I saw.

It was by far the most liked and retweeted tweet I’ve ever shared.

And you know who did nearly all of the liking and retweeting? …

“Oof, I feel this.”
“This is sadly true.”
“Same.”
“I would share if I didn’t think it would create a storm I’m not prepared to tackle.”

This massive response tells me that the emotion I was feeling when I originally posted the tweet is hitting a chord with the rest of my generation. It’s telling me that the tweet might be more right than I know.

As the church, we need to get ahead of this.

We need to follow Jeff Henderson’s advice and make sure our communities know what we’re for rather than what we’re against, and we need to apologize to those we’ve hurt, even if it wasn’t us who did it.

If we don’t do this, more and more irrelevance and hate await the bride of Christ.