Home Features Defining Reality and Inspiring Hope During the Pandemic 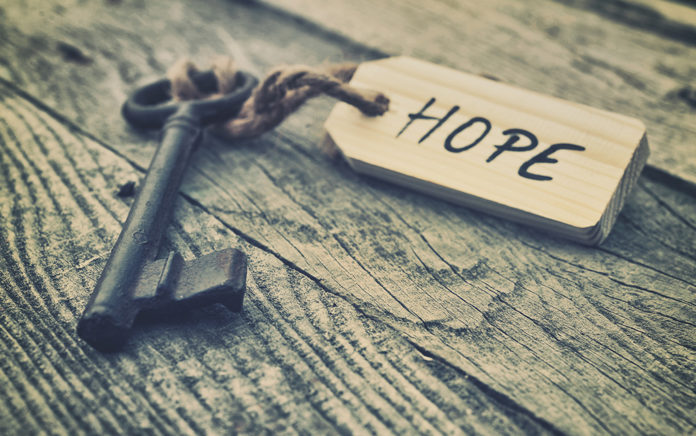 Several of the most famous quotes about leadership point to the paradox of embracing the challenge of the season and giving vision and hope in the midst of the challenges. Max Depree quipped: “The first responsibility of a leader is to define reality. The last is to say thank you. In between, the leader is […]

Several of the most famous quotes about leadership point to the paradox of embracing the challenge of the season and giving vision and hope in the midst of the challenges. Max Depree quipped: “The first responsibility of a leader is to define reality. The last is to say thank you. In between, the leader is both a debtor and a servant.” In other words—define reality and then thank people when the vision is realized. Napoleon is credited with saying: “The role of the leader is to define reality and give hope.” Leaders must confront the current context with honesty while also giving hope for what the future can look like.

Those are great and helpful quotes, but leadership typically means continually toggling back and forth between those two actions. Defining reality is not a one-time action. Nor is giving hope and thanking the people we serve alongside.

Leading in a pandemic has highlighted this truth for me. Defining reality has not been just once—when the pandemic began in March. The grief surrounding the losses people are experiencing in this season is not something we can deal with once and then casually move past. We must live with the understanding of the heaviness around us, or we are being insensitive to those we love. At the same time, we must constantly give hope and remind people of the vision or we will leave them with the weight of the reality without any optimism for the future.

I recently filmed a video for a conference for ministry and marketplace in Kenya, with our amazing partners there. I was asked to speak about leading in uncertainty. We are not the only ones to live and lead in a crazy season. When David faced uncertainty, while hiding in a cave from Saul who wanted to kill him, he penned multiple Psalms. One was an honest complaint, a defining of reality (Ps. 142). He complained about the context, but not the Lord’s character and continued to believe the Lord to be good and generous. The other Psalm was filled with hope-filled declarations that the Lord was pulling off a greater purpose (Ps. 57). Same David and same situation but one Psalm filled with “defining reality” and one Psalm filled with “declaring hope.” David was filled with multiple emotions in the same context, and so are we. As we are, here are my suggestions to leaders as you constantly toggle back and forth between defining reality and giving hope.

In a season of loss, if leaders run past the pain out of eagerness to get to vision then they are being tone-deaf. People are hurting and providing time and moments where the team can process what has happened and what they are grieving is a way to serve the team well.

2. Be Honest About the Context.

If leaders are not honest about their challenging context then they lose the most essential attribute of leadership—credibility. Being honest about the context may include helping people understand strong statements and the implications of those statements. Statements such as “We are now a start-up” or “Every one of our jobs has completely changed” are true in many contexts. To the level that an organization’s or church’s strategy has been altered is the level that people’s jobs have also been altered.

3. Remind People of the Lord’s Character.

The Lord is faithful. He has always kept His people and He will keep us. As we complain and struggle, we must be like David in Psalm 142 and not like the Israelites who died in the desert because they questioned the Lord’s goodness.

1. Jesus Will Build His Church.

The Lord always keeps His promises and the gates of Hades will not be able to overcome what the Lord is building. And we are part of His Church. Organizations will come and go but the Lord’s Church will endure.

2. Crisis Is When the Church Has Historically Advanced.

Not only does the Lord promise to keep us, but challenging times have historically provided Christians opportunities to serve people in the name of Jesus. Jesus has built His Church for these moments.

3. We Will Make the Best Use of Everything.