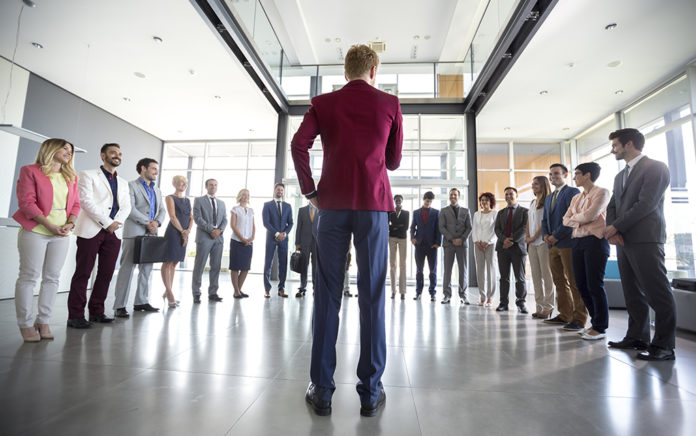 Good leaders assemble a team with leaders who are better than they are.

So you probably wish you had some better leaders on your team.

Want to know what the very best leaders do?

If you truly want to have the best team, that means you need to figure out how to attract and develop:

Small-minded leaders want to be the star of the show. The best leaders let other leaders be the star.

They’re not only not threatened by that—they encourage it.

The question is how do you do that?

After all, if you build a team of all-stars, everybody else could be working somewhere else and be making a huge impact there.

1. Deal With Your Insecurities.

Insecure leaders will always feel threatened by people they think are “better” than they are.

Get counseling. Get coaching. Do what you need to do.

And think about this: Leaders who can build a great team always have a higher value to an organization than leaders who want to be the greatest on the team.

Don’t cap your organization’s growth or mission because you’re insecure. Push others into the spotlight.

2. Give Away Responsibilities, Not Just Tasks.

If you want to repel high-capacity leaders, give them tasks, not responsibilities.

When you trust your team, it ushers in the opportunity for greatness.

From Outreach Magazine  How God Provides for His Children

If everything has to cross your desk, you will only ever lead a small organization (because your desk isn’t that big).

Want to get started on handing off more responsibility?

If you have to be front and center all the time, you create a whole host of problems, chief of which is that you’ll demotivate your team because you steal all the airtime, the attention or the credit.

Smart leaders will leave or never join your team in the first place.

Pushing other people into the spotlight is the hallmark of great leadership.

Leaders who hog the spotlight often do it because they want to be known. But you can (ironically) become well known and respected because you give away the spotlight.

I host a leadership podcast on which I interview some of the top people in leadership today.

It can be hard when you’re interviewing guests to not jump in and offer your own insights. But I made it a rule of thumb early on that I would try to be quiet and let the guest talk 90–95% of the time (sometimes I make an episode a roundtable, but most episodes, I follow this rule).

So when I’m on my game, I say very little. Other than to occasionally make a comment or ask the next question. I really want the guest and the listener to be the heroes.

From Outreach Magazine  Video: Jesus Is Not (Simply) a Role Model

Here’s the surprise: the thing I’ve probably become best known for is my podcast where I hardly talk during an interview.

4. Make It Your Job to Help Others Succeed.

The longer I’ve led, the more I realize that as a leader, I have a very small lane in which to exercise my gifts, and mostly my job is to clarify the mission, vision and strategy and clear obstacles for everyone else.

In other words, I’m not focused on me, but rather on something bigger than me (the mission) and on the team, trying to make sure they soar.

Worried you might lose out on what you want in the process?

As Zig Ziglar said, if you help enough people get what they want, you’ll eventually get what you want.

Helping others succeed will ultimately be your greatest success.

5. Create a Culture of Freedom

For years I struggled with control as a leader.

Then I realized that as much as I hate being controlled, so do almost all real leaders.

So I motivate myself with this thought: If you want great leaders to flee your organization, control them. They’ll leave.

If you want to attract great leaders, release them with a clear mission, vision and strategy (and give them input to shape it). As long as you micromanage everything, you will only have doers in your organization, not leaders.