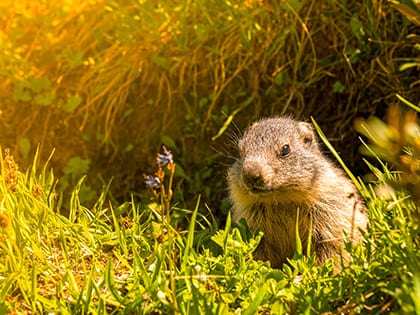 Brad Powell: “Leading a church out of a rut demands belief that the church’s future begins now.”

Q: I pastor a small church, and I feel like Bill Murray’s character in the movie Groundhog Day. Nothing changes. Every week, we have the same people. We’re not reaching anyone. As a pastor, it’s discouraging and frustrating. Is this normal? Is this the way it has to be?

A: Sadly, it is normal. Thankfully, it isn’t the way it has to be.

I’ve experienced the same mind-numbing and heart-wrenching circumstance described in this question, but I’ve also experienced the joy of leading the church beyond it. More importantly, God’s Word makes it clear that the church never has to stay stuck. Our reality is defined by the resurrection, not the tomb.

I want to encourage you and maybe give you a little kick to the backside if you are pastoring one of God’s smaller churches. The church may be small, but the privilege you’ve been given to pastor it isn’t. More importantly, the one who owns and promised to build it is definitely not small. As Ephesians 3:20 tells us, he can “do immeasurably more than all we ask or imagine, according to his power that is at work within us.” It’s time for us to believe—and act like it.

Leading a church out of a rut demands belief that the church’s future begins now. It’s not forever cursed to be like it was yesterday or is today. What our churches are going to be tomorrow begins today—with our choices.

To make the right choices today, we need to remember we already have the resources we need:

From Outreach Magazine  Breaking Free From the Enemy-Making Machine

In any culture, at any time, with any people, the church can be the hope of the world. History proves it. So the prospect of our local churches rests with us. What we are going to do with the church’s promise, purpose, power, potential and proof? It’s in our hands. Our choices today will determine what our churches become tomorrow.

From my 30 years of pastoral experience, I believe I’ve found the reason so many of our churches fall short of God’s promise. The problem is with us and the way we’re living and the choices we’re making—today.

Like the Corinthians of old, our choices are reflecting human nature rather than God’s. First Corinthians 3:1-3 says, “Brothers, I could not address you as spiritual but as worldly—mere infants in Christ. … For since there is jealousy and quarreling among you, are you not worldly? Are you not acting like mere men?”

Whether knowingly or not, the people in our churches are fighting for their values rather than God’s. They’re acting as if the church is their kingdom rather than God’s. Instead of reflecting God’s love, acceptance and hope, they’re reflecting the world’s selfishness, rejection and condemnation.

To overcome this, pastors and spiritual leaders need to recognize and fight it, and lead God’s people away from this tendency. We need to teach the difference between human nature and God’s nature.

Human nature tends to shut out those who are different. It establishes insiders and outsiders. It’s what Jesus fought against. Luke 15:1-2 tells us that the tax collectors and “sinners” were all gathering around to hear him. But the Pharisees and the teachers of the law muttered, “This man welcomes sinners and eats with them.”

The reason our churches start failing is because over time the church tends to turn inward—to focus on pleasing those on the inside. They stop reaching out to the lost and disenfranchised. As a result, the church becomes a comfortable museum of what God once did rather than an example of what God still does.

God’s nature is the opposite. God’s nature leads him to open the door to all people (John 3:16). The result is always positive. It led Jesus to leave heaven and give his life for us, the lost and broken of this world. It led him to open his arms to all people and invite them to come. It’s why we have hope.

We must get more excited about people finding Christ than anything else. After all, God does. Luke 15:7 says, “I tell you that in the same way there will be more rejoicing in heaven over one sinner who repents than over 99 righteous persons who do not need to repent.”

Yes, pastoring, whether in a small or big church, can be discouraging and frustrating. But it doesn’t have to stay that way. The church’s future begins today.