Home Features The Experience Economy and the Church 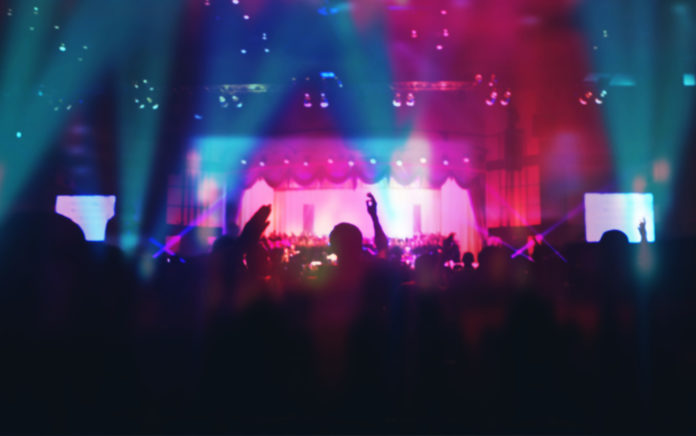 The changing behaviors of younger generations have clear implications for the church.

At the beginning of the new millennium, two authors put forward a book that can now only be deemed prescient. It is titled The Experience Economy. Their premise was simple: Experience is what people crave and what they will pay for. Every business is a stage, and companies must design memorable events. Successful companies will create experiences that engage customers in an inherently personal way. The goal is not about entertaining customers, but engaging them.

They were absolutely right, and we are seeing the experience economy take root as never before.

Consider shopping malls. Dying? No, rebirthing. And the rebirthing of the mall is experience-driven. What some have called the “post-shopping” mall is perhaps most typified by the American Dream mall in the New Jersey wetlands outside of New York City. From an indoor ski hill featuring 5,500 tons of snow to the largest indoor theme park in the Western Hemisphere (called “Nickelodeon Universe”), the 3-million-square-foot American Dream mall has less than half of its space allotted to retail—the majority is set aside for “an incredible collection of unique experiences.” As The New York Times noted in its coverage of the mall’s opening, the “psychic center of American social life has shifted from buying things to feeling them.”

This is why the latest entries into brick and mortar retail are, ironically, such companies as Amazon and Google. Even Apple is hard at work with a new set of retail stores that are designed almost entirely for experience. Their goal? Change “Meet me at Starbucks,” to “Meet me at Apple.”

But nowhere do people crave experience more than when it comes to spirituality. You think, “Well, of course.” It’s actually an interesting phenomenon; at least, in the West. Historically, people in the West have been “beliefs” people, so faith was largely about what a person believed. Not so much in the East. They have historically been “practice” people. So if those of us in the West tend to think our way into spirituality, those in the East tend to act their way into it. For them, experience is the gateway to belief.

One of the shifts we are experiencing culturally is that experience is becoming the new spirituality of our day. In other words, we are becoming more “Eastern” in our sensibilities.

This can be good or bad. On the bad side, it means people will delve uncritically into an experience for the sake of the lure of the experience itself, not realizing that it serves as an introduction to certain ideas, beliefs and worldviews that are deeply non-Christian if not occultic.

On the positive side, Christianity is obviously an experiential faith. We have the ultimate spiritual experience to offer. We worship a real God who wants a real relationship with us, that is both personal and powerful. The very power that resurrected Jesus from the dead is able to resurrect our lives, too.

Those churches that embrace the experiential dynamic of the Christian faith are also, as a result, the fastest-growing.

In their exploration of the rise of INC (Independent Network Charismatic) Christianity, sociologists Brad Christerson and Richard Flory note that the fastest-growing group of Christians in America from 1970 to 2010 attended either Pentecostal or Charismatic congregations. The growth is not due simply to the emphasis on the gifts of the Spirit, but rather to the overall spiritual experience itself. Without attempting a theological critique (and there would be more than a few things to engage with some of the specific churches they highlight), the promise is: 1) direct access to miraculous power; 2) opportunities for participation in public practices; and 3) a narrative of supernatural social transformation. Or, as one participant put the attraction, “I think energy and passion and seeing a faith that looks like it’s alive.”

A prominent INC leader offered the following assessment about their growth with young adults:

“They want authenticity, they want real power, and when we pray for the sick, the way we worship, it’s like, they want to encounter God, not just learn about God intellectually. … We’re seeing a wave of young people being attracted to our church because of that supernatural Charismatic culture that I think is more conducive for this generation than a traditional church setting where they just—maybe [hear] a good message, nice songs, but it doesn’t hit them, it’s the experience.”

From Outreach Magazine  The Economic Fallout for Churches From 2020

Paul wanted experience to be subject to truth and meaning. He wanted experience submitted to what served the body of Christ, not individual sentiments. Experience alone was never in the driver’s seat, but always subject to the settled truth of God’s Word as revealed in Scripture. But make no mistake,

… he wanted there to be experience.

And let’s go further. An experiential approach is more charismatic. But if you don’t come from a charismatic background (like me), don’t overreact to that word. Let’s call it “lowercase c charismatic.” As Carey Nieuwhof has noted, it’s more about “expressive worship, more emotional delivery in preaching, an openness to the work and activity of the Holy Spirit, and generally a warmer, more enthusiastic and expressing gathering” than the embrace of the theology of the charismatic movement.

• anonymity to a sense of belonging
• engagement of the heart, not just the head
• more variety of services than three songs and a message
• more passionate expressions of worship
• additional space during the service for prayer
• more thought in the service to the engagement of emotions beyond “hey we’re excited you’re here” (welcome and upbeat music) and “here’s something to think about” (the message)

I can wholeheartedly embrace those six shifts. This means that in an “experience economy,” I am quite ready to put forward,

B. Joseph Pine II and James H. Gilmore, The Experience Economy: Work it Theatre and Every Business a Stage (Harvard Business School Press, 1999).