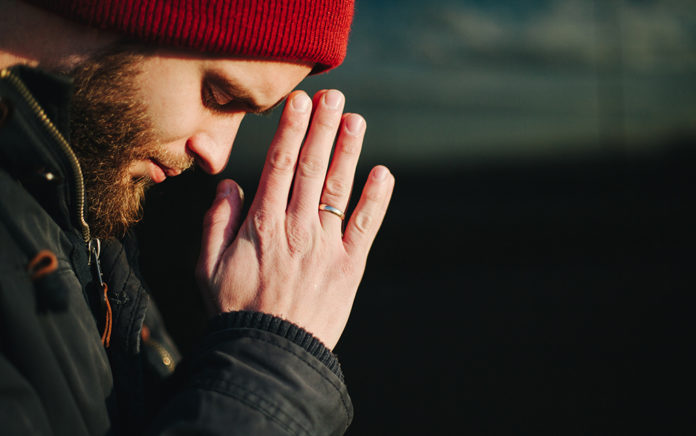 Keep an eye on these things during the pivotal first six months of a new ministry.

Getting a new church job can be scary. And pastors often overlook pitfalls in those new jobs. In this article, adapted from my newest book on onboarding for pastors, I list seven pitfalls pastors must avoid in a new church job.

A quaint story circulated among Methodists describes a young pastor fresh out of seminary who had just begun his first pastorate. As he drove up to the small church he noticed an old tree blocking the side doors into the building. In his exuberance he cut the tree down to show the congregation his decisive leadership. Unfortunately, no one told him that they believed that John Wesley, the founder of Methodism, had planted it hundreds of years earlier. He had one of the shortest pastorates on record after that.1 Even if this story is somewhat dubious, it captures what often happens in a new ministry when a new pastor is blind to potential pitfalls. Here are seven common pitfalls a pastor to a new church should seek to avoid.

Pitfall No. 1: Cookie Cutter—Thinking What Worked Before Will Work Now

“It’s a mistake to believe that you will be successful in your new job by continuing to do what you did in your previous job, only more so.”2 This pitfall reflects a one-size-fits-all approach to ministry. Such thinking not only could be a mismatch for the church, but could stifle learning new ways to do ministry crucial to your continued professional and spiritual growth.

Sometimes this pitfall shows up when we realize we’re talking too much about our previous ministry and our successes there. An occasional reference to your former ministry is fine. But when it becomes commonplace, your staff, volunteers and people in the church may hear you imply that your prior ministry was better than your current one. Don’t communicate buyer’s remorse, even if you feel it.

Pitfall No. 2: Smarty-Pants—Assuming You Know All the Answers

I still remember an embarrassing conversation with a leader in my first church where I was lead pastor. We disagreed on an issue and I recall saying, “I’m usually right on most things.” When I think back on that statement I cringe at the egotism I conveyed with that comment. I had failed to remember that Proverbs 16:18 warns that pride comes before a fall.

If those around you sense that you have all the answers, you’ll alienate them. Liz Wiseman, author of Multipliers: How the Best Leaders Make Everyone Smarter, calls these leaders “accidental diminishers,” leaders who in giving all the answers actually squelch ideas in others.3 When that happens others may withhold important information you need to know in your new leadership role. Getting correct feedback is crucial to successful onboarding, even if it’s not what you want to hear. A know-it-all attitude can stifle opposing perspectives you need to hear as a new leader. And failing to seek input from others can also convey a smarty-pants attitude. You don’t know what you don’t know and you will never know it unless you intentionally seek out hidden information.

Pitfall No. 3: Failure to Recognize the Former Leader’s Lingering Influence

Often people will fondly remember the former leader whose place you just filled, if he or she was well liked. Failure to realize the former leader’s influence is a potential pitfall you want to avoid. Seek out insight from stakeholders about the former leader’s strengths, weaknesses and leadership style. However, avoid giving the perception that you want this information to boost how others view you or that you are criticizing what he did. Rather, communicate to those you ask that such insight can help you serve the church better.

From Outreach Magazine  A Time to Grieve

Pitfall No. 4: Blindsided—Failure to Clarify Expectations or Prepare for Surprises

Here I use “expectations” to refer to what your boss or board expects from you. If you aren’t clear on their expectations, even if you think you are performing well in the early days, you may be in for surprise disappointment.

In the pre-hiring phase, the better you understand your job description and unwritten expectations, the less unmet expectations will blindside you. Get answers to your questions for anything unclear. Talk to your board or boss to further clarify what they want. And after you begin, continue dialogue with them to make sure you continue to understand and meet what they expect. Prioritize healthy communication with them.

Another way to avoid surprises is to avoid setting expectations too high. Guard against making lofty promises you can’t keep. It’s better to under promise and over perform. Yet, don’t set expectations too low because you may lose the support of some of your high performing people if they sense you are playing it safe by setting them low.

You will face surprises in those first few months. Clarify expectations early to minimize them. When they come, don’t panic. And when your enthusiasm and the church’s enthusiasm wanes after a few months, which is inevitable when the “new” wears off, don’t be thrown by that dip. Manage your response with God’s power.

Sometimes a new leader feels both a compulsion to do something quickly to prove his or her worth and/or takes too much responsibility for the ministry’s success. It’s natural to both want your church to believe they made a right choice and to put your stamp on the ministry. But trying to make a mark too soon without adequate information and buy-in may turn what seems like early wins into losses. Unless you have clearly defined reality and are listening well, acting too soon in big ways may send you down the wrong path. If you act too soon by focusing on tactics or move in multiple directions at once simply to create movement, you can confuse others about what’s truly important. Should this happen you may be saying yes to good ideas at the expense of the best ideas. I recommend that new leaders prioritize spending time with key influencers just to listen.

You’ll want to show visible movement during your first six months without wrecking things or losing support. And you’ll want to balance being with others with doing ministry tasks. As Abraham Lincoln said in his inaugural address as the U.S. was sharply divided over slavery, “Nothing valuable can be lost by taking time.”4

Minimizing risk and maximizing safety can become an unhealthy trait for leaders. J. Oswald Sanders who authored the book Spiritual Leadership quoted a Christian leader who noted, “The frontiers of the kingdom of God were never advanced by men and women of caution.”5 Great churches can’t play it safe, huddle and cuddle, strive for safety and security, nor guarantee comfort and convenience. While not throwing caution to the wind, great leaders and churches must take bold steps of faith.

Pitfall No. 7: People Pleaser—Saying Yes to too Many Things

Bad stuff happens to leaders who say yes to too many things. You can lose control of your calendar. You can work too many hours. Your family can suffer. Stress can become toxic. And ultimately, your walk with Christ and your leadership can suffer.

Saying yes is easy and saying no is hard because when we say no we almost always disappoint somebody else. And when we disappoint another, at least for a few moments, their disapproving comments or facial expressions can make us feel rejected. And rejection actually hurts because social pain registers in our brain in the same place where physical pain registers.6 Sensing another’s disappointment in us actually feels bad. That’s why we try to avoid it.

During your first six months it’s important to avoid adding unnecessary commitments to your already full schedule. Remind yourself that you don’t have to say yes to every invitation or new ministry idea even though each request may initially sound good. Learn how to say no gracefully. This self-leadership skill is perhaps one of the most important ones to help you manage your margins early on.

You may want to add other pitfalls to this list, but these seven cover some of the biggest pitfalls to avoid in a new church role.

Check out my newest book on on-boarding for pastors. It’s called Every Pastor’s First 180 Days: How to Start and Stay Strong in a New Church Job. It’s available at all on-line retailers.