Home Features How to Face Rejection as a Leader 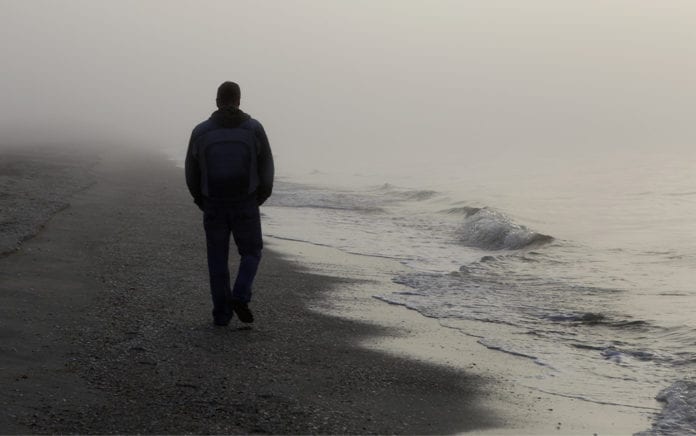 Some will like what they hear; others will not. Here’s how to respond.

We pastors and church leaders are a strange lot. We have been called and commissioned by God, empowered beyond our own resources and granted the privilege of caring for his flock. And yet we still struggle with fear and insecurity. We still wrestle with our own flesh. And we will always, it seems, face the reality of rejection.

Every Sunday I have the honor of standing before my community of faith and proclaiming God’s Word. I love my job. I love my call. I love our people. I was made to do what I do and cannot imagine doing anything else.

But every Sunday I am keenly aware that I am being evaluated as well. Some will like me and what they hear; others will not.

Some will leave after a service and think, How did that guy ever end up a pastor, and what in blazes is he thinking wearing jeans to church?

Others will make a beeline for me after a service and say, “That was the best message I’ve ever heard! You’re the best pastor I’ve ever had!” And I smile, not in cynicism, but in the knowledge that we humans (and I include myself in that we) are a fickle clan. I know how quickly any leader can go from awesome to awful in the minds of some.

I am always grateful for the encouragement and kind words, but also painfully aware of the fickleness of human nature. That very same person who patted me on the back initially may end up punching me in the emotional gut weeks, months or years later as they exit our church in a tizzy.

So here are some things I’ve learned about leadership along the way:

1. Guard your heart. Don’t be cynical. Don’t live in fear of rejection. Remember, Jesus too went from awesome to awful in the minds of many. He understands, so take your pain to him when you are rejected.

2. Grow through it. Without getting caught in a maze of self-doubt, ask yourself, “Is there something I need to learn through this bite?” Criticism has value if there truly is something I can discover through it. I tell our church on a regular basis, “I’m not perfect.” So what’s the point of pretending like I am? And why then would I immediately and without consideration reject criticism as if I never make a mistake? A wise imperfect person continues to grow when confronted with the opportunity to do so.

3. When it’s all said and done, shake off the dust and move on. Rejection hurts. Even the most spiritually mature feel at least a twinge of pain when it happens. But getting stuck there is stupid: (1) no one is perfect; (2) your criticizers aren’t perfect either; (3) the best thing is to grow and go; don’t spend too much time or energy worrying about what you can’t change. Sometimes we get derailed from the bigger picture by proud people who feel the need to smack us around. Don’t stoop to their level. Keep moving forward, and stay focused on the goal.

4. Speak well of the departed. This one is tough. Again, our human nature demands that we defend ourselves. We feel the need to put others in a bad light so that we look good. I really wrestle at times with a tendency to react rather than respond. Yes, there is a place for speaking the truth in love. Yes, there are times when we’ve actually done nothing to deserve the wrath we have received. And yes, sometimes we must explain or clarify something about the departed for the sake of the church. But make sure your heart and your motives are pure rather than polluted by your own pain.

5. Thank God for the blessers and the biters. Sheep bite. Of course, I’d rather be blessed than bitten, but the Word challenges me to give thanks always (1 Thess. 5:18), even when it hurts. Thanking God for the pain is an act of faith that declares, “I believe You can redeem, restore and renew any situation and anyone fully surrendered to You.”

From Outreach Magazine  10 Pastor Habits to Stay Young at Heart

In one of the longest chapters in the New Testament (John 6), Jesus miraculously feeds 5,000 hungry people, and as a result, they want to make him king. Later, he walks on water and blows the minds of his disciples.

But after a difficult teaching, one that ticked off a bunch of people, many disciples deserted Jesus. The very people who once thought he was awesome now rejected him as awful. Jesus felt the pain. He was God, but he was also human.

He turned to the Twelve, and I am certain with angst in his voice, he asked, “Do you want to leave me too?”

Peter replied, “Lord, to whom shall we go?”

I’m sure Jesus appreciated Peter’s loyalty at the moment, but he knew that one of them was a betrayer (Judas) and that all of them would eventually flee from his side in fear.

But you know what amazes me? Jesus loved these guys anyway. He never gave up on them. He never lost focus, and he never quit.

So, follow his example and stay the course no matter what.

And always remember this too, you’re not alone in your leadership journey.