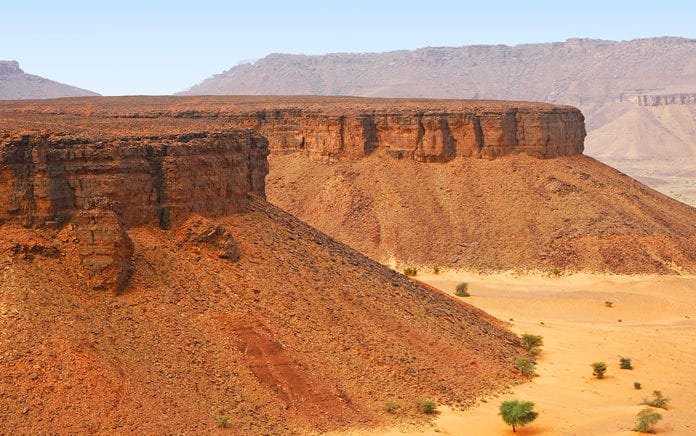 Organizations that are plateauing or shrinking need to be on the lookout for these common mistakes.

I talk to churches every week, which are in decline or plateau. Apparently, according to some statistics, this represents about 75–80 percent of churches.

I’m thankful to have served in churches and business in fast growth mode.

But, equally important in the formation of me as a leader is that I’ve had experience in leading through difficult days also. Most of my times with periods of decline as a leader were in the business world, although I have entered a couple churches in the midst of difficult days. So, I’ve led through periods of decline; and faced many plateaus in business and in the church. And, just being honest, those times are less fun than in the growth periods.

Much of what I’ve learned in this post though I learned through suffering through my own bad decisions as a leader during periods of decline or plateau. I’d love for you to learn from my experience.

7 BAD DECISIONS IN A DECLINING OR PLATEAUED ORGANIZATION:

1. Rejecting the Vision in Which You Previously Believed.

When the organization is struggling you can start to question the reason you once existed. There’s always a chance, of course, that it was an ill-conceived or short-sighted vision from the beginning. Something tells me, however, that’s not usually true and you’d be offended I even made the suggestion.

If you’re leading in a struggling environment now, perhaps more than ever, you simply need to get passionate again about that which you were once very passionate. Let the vision—the reason why you exist—drive everything you do.

Our natural tendency in periods of decline is to blame someone else for the pain. Who wants to own this, right? But the blame game never has a winner, and it produces a whole lot of losers.

Eventually, as leaders we’ve got to own the problems—they’re ours to deal with now—regardless of how they started or where the original fault rests.

Perhaps right now you need to just admit where the organization is struggling most. Own the problems, as hard as doing so can be, so you can start discovering—and owning—some solutions to move forward again.

This is so typical in periods of decline or plateau. We scurry. We scramble. We anxiously move from one idea to another. It’s not that the ideas themselves are bad, it’s that we go into them with no real plan and we never really locking down on anything solid. We are just punching in the air looking for any blow that lands. We will try anything and everything, but we never really implement any of them well. People get confused. We waste energy. Teams get frustrated. Nothing moves forward.

If that’s your story and I were sitting with you as a coach right now, I’d encourage you to pause, slow down, take as much time as you can in the tension of doing lots of things looking for a quick fix and do one or two right things, which help you get closer to your vision. You need to take some risks. You need to try some new things. But do them methodically. Do them strategically.

4. Not Taking Any Risks.

Of course, the opposite approach is also common. When things begin to slow or the organization stalls, we lock down everything. We play it safe. We hold on to what feels normal—our traditions and the way things have always been done. Afraid of losing what we still have, we stop investing in anything new. Often we go back to the same bad ideas we left years ago. We stand still hoping the earth will eventually stop shifting. Yet, it doesn’t. It just permits the earthquakes to keep trembling. People get bored. Tradition sings loudly as a tired, worn out system, but we are too afraid to change, and it causes further decline.

Again, if I were coaching you I’d encourage you as a leader to display courage. Take another risk. Invest energies into something new—even something a little scary. Get plenty of advisors. Don’t go rogue on your team, but make sure you are moving forward by faith into unchartered territory.

5. Failing to Admit There Is a Problem.

In times of decline or plateau we often make excuses. We pretend everything is awesome. We label everything amazing—even when it’s not and we wish it were. Leaders often think being cheerleader for mediocre will eventually produce a win. But, likely everyone already knows there’s a problem and are simply waiting for us as leaders to own it. Running never solves anything.

Call in your team. Admit where you’re at and where you are not. Solicit input. Often the answers are in the room if you ask. Rally the team. Get momentum going again. People are waiting for leadership.

6. Not Addressing the Real Problems.

Often we get rid of the low hanging fruit, but we never tackle the real root issues. Leading towards revitalization requires hard choices. These include the choices involving people—and those are always the hardest ones. Too often we address the easy cuts, but not the hard ones.

Again, serving as your coach let me say you can’t ignore the deepest problems in the organization. If the wrong people are on the bus, if you’re avoiding the change because it’s hard, you’re probably not going to turn things around. This is where leadership is needed most—and, likely why you’re the leader.

7. Focusing Only on the Losses.

Things are bad. You know it and so does everyone else. Some days it seems nothing could go right and you go home many days feeling defeated. (I’ve been there leader—it’s tough and I’m praying a general prayer for you as I type this.) And, granted, the decline may be the loudest story, but it’s not the only story. There are likely some wins occurring. Find them. And, make them the story. There are people who still believe in you and the vision and they simply need a leader who will re-energize them, create a good, strong, healthy plan and lead them out of the mess.

Start by celebrating something. Make it genuine, but look for some half-full glasses. They’re often hidden behind the cloudy ones. Maybe it’s simply the good vision and foundation upon which you were formed. Maybe it’s that there are some people who have weathered lots of storms and stayed in the boat. That’s worth shouting, Victory!

Leader, there is no time for belly-aching in decline or plateau. This is a time to get busy and lead. Good days can be just around the corner if you stay faithful, don’t act stupid and hold on for the return. I’m pulling for you leader.

(And, of course, prayer should not be absent. Pray and recruit others to pray with you.)