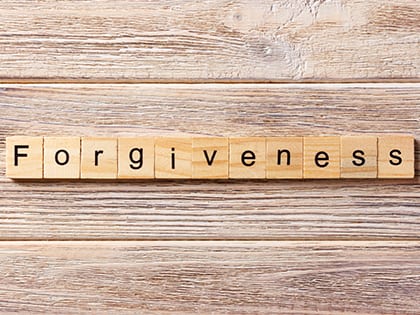 Leaders are human and there are many times when forgiveness is appropriate. But sometimes further action is necessary.

All leaders have areas of weakness. Sometimes it’s just the way a person is wired, or perhaps it’s a skill they lack, or sometimes it’s a blind spot. Good leaders work on those weaknesses, and if they can’t be fixed, they build a team that’s able to help in areas where the leader may not be strong. There was a point in my career when I realized that intricate details put me to sleep. Spreadsheets? Forget it. Budgets? They make me ill. Contracts? I’d rather shoot myself than read them. But all those areas are important, so I surrounded myself with people who are good at that stuff, which frees me to focus on my strengths.

However, some leaders refuse to make those changes, and instead assume everyone will forgive their weak areas. I’m all in when it comes to forgiveness; however, beyond a certain point it can become abuse.

Right now, sexual harassment is in the news because of the #MeToo movement, and that’s a good thing. However, we often forget that there are plenty of other ways a leader can take advantage of his or her team. For instance, I have a friend who works at a small company with a boss who—like me—isn’t a numbers guy. So he constantly makes mistakes with the payroll and his accounting is a nightmare. He asks my friend to forgive him because of the mistakes, but every week, my friend continues to be shorted on his salary.

My friend likes his boss, and doesn’t believe he’s taking advantage of his employees, but the truth is, the boss won’t use a proper accountant, and my friend is now thousands of dollars behind in being paid.

From Outreach Magazine  The Secret to Restarting the Evangelism Engine

Other leaders humiliate their employees and ask for forgiveness rather than change their behavior. Others refuse to deal with their tempers, so they ask forgiveness after every explosive tirade. Others show up late for everything, drink too much or take credit for their employees’ work.

Understand that there are times when forgiving people is appropriate, but in the case of serial incidents, the problem is with the leader. If they continue making mistakes or acting inappropriately—for any reason—and refuse to change their behavior or seek proper help, then withholding your forgiveness is the right thing to do.

Never be pressured into thinking it’s your fault because you won’t forgive your boss’s behavior, actions or mistakes over and over. There comes a time with every leader when they must take responsibility or step down.