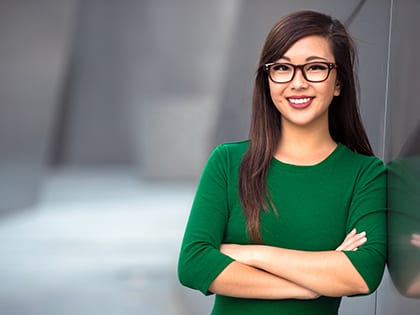 Depending on young leaders’ expectations, these might be hard words to hear, but they’re crucial for success in leadership.

I have some hard advice for young leaders.

Before I share, I feel the need to be clear, in case you’re a new reader or don’t know me well, I’m a supporter of young leaders. Ask anyone I work with, or look at decisions we’ve made as a church or the personal investment of my time into young leaders and you can clearly see I believe in the next generation of leaders. I only build my case of support, because this may be a hard word to receive.

To illustrate this principle, let me begin with one of my favorite stories.

When out oldest son, Jeremy, was in high school he was on the wrestling team. It was intense training. I loved the discipline and confidence it gave him, and I loved the wrestling matches. Although he was in the smallest weight class, he actually was pretty good.

When Jeremy would come home from a hard day of practice he wanted to bring what he learned in training into our family time. I had always enjoyed wrestling with my boys, but now he wanted to take our play time to a whole new level. We would start wrestling in the “assumed position” he had been taught, but then I would use my extra 70 pounds as an advantage and quickly pin him to the ground. He would often yell, “No, you’re doing it wrong! That’s not the rules!”

To which I would always reply, “No buddy, you’re on my turf now, you play by my rules—and I say there are no rules.”

And in that illustration lies a principle younger leaders need to learn as they enter the field of leadership.

If you’re gonna play leadership with the big boys and girls—you’ve gotta bring your big boy and girl game.

I’m not trying to sound cruel or disrespectful. If you made it to the “real world” you’ve surely earned your spite. But, the reality is some people enter the field of leadership having been given much of what they wanted and had few demands placed on them personally.

From Outreach Magazine  Does Sexual Purity Still Matter in the Church?

And, that’s not a generational statement, as much as it is a reality statement. My sons, for example, who are now grown, fully independent professionals didn’t necessarily have to get a job until they were out of college. They were blessed in that way. And, I’m thankful for that.

I should also point out I see some incredible young leaders today. Hard-working. Conscientious. Dedicated. Loyal. (My boys fit that category too.)

So this is an “if the shoe fits” post.

Yet when this is the case, when a young leader enters the field of leadership with no prior experience in it, I often see some unrealistic expectations. For example, they sometimes expect to receive equal reward without paying their equal dues.

What disturbs me most is when young leaders—or any leaders, for that matter, fail to live up to their full potential.

From Outreach Magazine  Modeling Evangelism for the Church
[These are] hard words, but they only sting if they’re true.

And, granted, all of these were probably true to some extent of every generation.

Young leaders be patient, teachable, humble, grateful and moldable as your enter positions of authority and are given responsibility. Don’t fail to learn all you can from those who went before you or to grow from your mistakes. Expect to work hard to achieve the things you want from life and realize things may not always be as you would want them to be. There are a few stories of people who stumbled into instant success, but those are rare.

Over time, as you are diligent, you will likely change some of the rules. I hope you do. Some of the rules of my generation need changing. I’m not afraid for you to teach this old dog new tricks. I want to learn from you.

I want you to have responsibility and authority. I want you to be fully rewarded and recognized for your contribution to society. I also want you to realize, however, that most things of lasting value take time and discipline to achieve.

The world of leadership can be tough, but you can make a huge contribution if you are willing to pay the price.

By the way, I gave this same advice to my sons as they have entered adulthood and the workplace.

ABOUT US
Sharing stories of outreach, helping Christian leadership discover the ideas, innovations and resources that will equip them to advance the kingdom of God through the outreach efforts of the local church.
Contact us: [email protected]eachmagazine.com
FOLLOW US
© Copyright - Outreach, Inc
WP Twitter Auto Publish Powered By : XYZScripts.com