Home Features What Can Eli Teach Us About Calling and Youth Ministry? 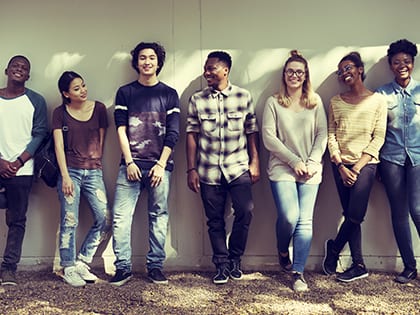 How can Eli’s experience can help youth ministers discern the call of God upon the youth they serve?

Recently, I was speaking with some students about what it means to be called by Jesus to ministry. I did with them what I have done for years, I began to speak about those throughout the Bible who were called by God. This was an attempt to have them identify with a call story and a leader in the Bible who was called by God. As we did this exercise, I saw the call story of Samuel in a different way. We often only look at Samuel because that is who God was calling in the story, but what about Eli?

The Prophetic Call of Samuel

Now the boy Samuel was ministering to the LORD before Eli. And word from the LORD was rare in those days, visions were infrequent.

Then the LORD came and stood and called as at other times, “Samuel! Samuel!” And Samuel said, “Speak, for Your servant is listening.” —1 Samuel 3:1–10

In the above Scripture passage we see Samuel being called by God in the house of the Lord. Samuel doesn’t know that God is calling him until the third time when Eli is also clear that it has to be God calling the boy. Here are three lessons about Eli from one of the first “youth ministry lock-ins.”

You cannot just be in the house.

You have to expect what God hasn’t done before.

The passage says that the Word of the Lord was rare in those days. They didn’t expect God to speak because God hadn’t spoken often. However, God did speak and not only once, but God spoke three times to call Samuel. In youth ministry, we have to expect the unexpected from God, that when we least think it will happen God can surprise us. Eli didn’t expect God to speak, and even told Samuel twice to go back to bed. On the third attempt, Eli realized that God was doing something that had not been done in a long time. We have to expect the unexpected from God.

You cannot always expect God to be calling you.

Eli was the leader and the teacher. God has a word for the land but God decided to use Samuel and not Eli. As the youth ministry leader can you be strong enough to know when God is calling you or when God is calling past you? What if God doesn’t want you but God wants the students you are leading? Can you support them in their pursuit for God and trust that your job is complete with them getting closer to Christ? Sometimes in youth ministry God sets us up as the guides to point to the path for the students to lead the way.

What lessons can you see in the call story of Samuel?

Russell St. Bernard (@PastorRuss09) is the youth minister at Reid Temple AME Church’s north campus in Glenn Dale, Maryland, and the founder of After the Music Stops, a full-service youth ministry resource company dedicated to assisting leaders and parents as they serve their students. This article originally appeared in Youth Ministry Hindsight: 5 Things I Wish I Knew When I Started.