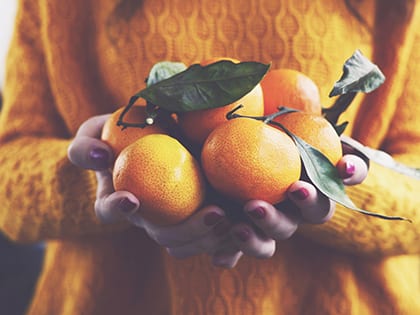 How should we respond when we discover the depths of a leader’s sinfulness? Does it discount the good they’ve done?

In light of the many revelations of respected Christians who were, in truth, leading deeply entrenched shadow lives, the “fruit test” has loomed large. And what is that test?

In speaking of false prophets, Jesus said that we will be able to recognize them by their fruit. Good trees, He maintained, produce good fruit, and bad trees produce bad fruit. A bad tree cannot produce good fruit (Matthew 7:15–20). From this has come a popular litmus test: If an individual’s ministry effort is bearing good fruit, they must be good. The “fruit” of their ministry clearly validates them as individuals. How can you critique someone when they are clearly doing so much good and changing so many lives? Isn’t that what the “fruit test” is all about? Don’t they have “fruit” because of God’s affirmation of them as faithful individuals?

This is what we believe. Which makes it all the more confusing when some of these leaders are revealed to have been anything but godly. Are we then forced to say that their “fruit” was not really “good”?

In his masterful exposition of the Sermon on the Mount, where this teaching from Jesus was contained, John Stott noted in his book Christian Counter-Culture that there are actually three tests to consider when thinking about a person’s “fruit”: 1) their character and conduct; 2) the actual teaching that is given; and 3) the effect their teaching has on others.

We think passing the third automatically means they have passed the first. It doesn’t. But it still leaves open the relationship between failing the first and passing the second or third.

Why did God use their teaching so powerfully?
Why did he give them such widespread influence?
Why did so much “fruit” flow from their leadership?
What does this now mean for that teaching and for that influence?

There are no easy answers here, and much lies within the mystery of the moving of the Holy Spirit. But if there is any lesson we can pull from church history, it is to draw a clearer line between the activity of God and the virtue (or lack thereof) of men and women.

Under the Roman emperor Diocletian, there was enormous persecution of the early Christian church. It began in 303 and didn’t end until the conversion of Constantine. During that time, Christian books were burned and churches demolished. Those Christian leaders who turned their books over to be burned were labeled traditores, which is the basis for our word traitor, which literally means “those who handed over.”

Then came the dilemma: once Christianity stopped being persecuted, did the traditores still have the right to function as ministers? Of particular interest were the sacraments. Did whatever grace and meaning involved in overseeing a sacrament depend on the person who did it or on the sacrament itself?

From Outreach Magazine  How to Assimilate Church Visitors

Two groups, with very different ideas, emerged. The first were the Donatists, named after their leader, Donatus. They felt that lapsed bishops were deprived of all ability to administer the sacraments or act as a minister of the Christian church. They had left the church and could no longer administer the sacraments properly. To their thinking, anyone who was a traditores under persecution needed to be replaced by someone who had stayed faithful, regardless of whether repentance was evidenced.

The other view was taken by a group that came to be known as the Catholics (not to be confused with the formalized Catholic church but rather “catholic” meaning “the church universal”). They felt like the person could, by their repentance, be restored to grace and continue in their role.

The two sides were at a stalemate until the towering figure of Augustine stepped in. He maintained that every Christian is a sinner, and that whatever holiness there is in the church is not found in its members, but in Christ. He argued that the Donatists placed far too much emphasis on the human agent, instead of on Christ as the One who works through such things as the sacraments.

So what does all of this mean when a leader’s shadow life is revealed? I have been reflecting on at least four things:

First, it should serve as a reminder that the popularized understanding of the “fruit test” is not particularly biblical. There can be good flowing from bad people or, at the very least, good flowing from deeply flawed people. “Fruit,” by itself, is no validation of the human agent. Anywhere you sense the work of God, it says more about God than it does the workers.

Second, as Scripture reminds us, every good and perfect gift comes from the Father (James 1:17). Is what God did through Bill Hybels and Willow Creek to be discounted because of what we are now learning about Bill Hybels? Is every word of his theological writings to be dismissed because of what we are now learning about the life of Karl Barth? Of course not. It leaves us saddened, disappointed, even disillusioned when any individual’s life is so deeply disconnected from their teachings and writings, but it does not make their teachings or writings inherently false or of no value. Yes, it blunts their edge considerably, as we cannot help but think of the hypocrisy behind so many of the words, but the value they brought to our lives should be seen as a gift from God independent of the source

Third, while we are all called to faithful and holy living, let’s be collectively grateful that the work of Christ does not depend on the faithfulness and holiness of any of us. No leader, no minister, is anything less than a sin-stained, sin-soaked, man or woman in desperate need of grace. It is beyond disconcerting when a deeply entrenched shadow life is revealed about someone we admire but, in truth, we all have a shadow life of some kind that God continues to work through. This does not justify the shadow life, and there are certainly degrees to which some have allowed the shadow life to operate, but shadow lives we all have.

Finally, faithfulness does matter. Do not fall prey to thinking that since God seems to use people given over to sin, you might as well not worry about fighting it too hard yourself. No, there will be judgment on their lives, “fruit” notwithstanding. Faithfulness is about love for God, not about how it plays into temporal levels of success. The “well done, my good and faithful servant” is all about the “well” not the “done.”

In other words, it will not be about how much was done, but how well it was done.