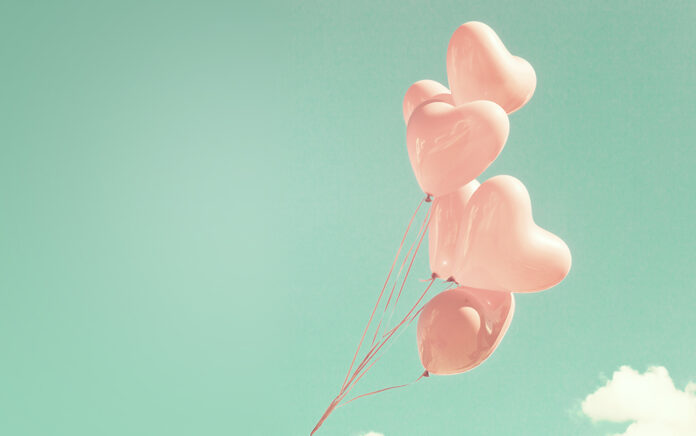 Onnuri Community Church in Seoul conducts outreach events in Japan that bridge deep cultural divides and heal wounds with the truth of the gospel.

Korea and Japan are called, “the closest but the farthest nations.” Yonhap News reports that only 16.7% of Koreans have positive feelings toward Japan, while 20.2% Japanese have positive feelings for Korea. The Japanese prohibition of hate speech has not extinguished the discriminatory actions against Koreans, and the anti-Japan campaigns in Korea seem to be a political strategy for more support from citizens. A deep gulf still exists between the two nations.

During the 36 years of colonization by Japan, Christians in Korea suffered persecution by the Japanese military government. The military government imposed Emperor worship on all institutions in Korea. After the resistance movement on March 1,  1919, more than 3,000 Christians were arrested and 50 of them were martyred in jail. Seminaries and Christian schools were forced to close, and some churches were totally destroyed.

Korean people went through other sufferings including deprivation of their properties, identity, education and lives. To make matters worse, Japanese churches participated in the political invasion and colonization of Korea under the wrong theology. Only half a century later, Japanese denominations confessed the wrongdoing officially.

With this background, the features of Christianity in these two nations are totally different. The Christian population in Korea is 19% of the total population, while in Japan it is about 0.8%. Koreans often identify their country as the “Israel in East Asia.” Japan, to the contrary, is known as the “graveyard of missionaries.”

Some Korean Christians try to help struggling Japanese churches in different ways. For example, Yoido Full Gospel Church, one of the world’s largest churches, started a mission campaign called “10 Million Salvations in Japan” in 1977. The primary method was through the TV program called, Invitation to Happiness, in which Yonggi Cho preached in Japanese. However, the result was not very successful after 18 years of effort. Yoido Full Gospel Church stopped the TV ministries in 1998.

Another example is Sarang Church which invited Japanese pastors and church leaders to the Discipleship Seminars for several years in the 1980s. The church sent a number of mission teams to help Japanese churches for decades. However, there were no visible results.

In 1999, Yongjo Ha, the senior pastor of Onnuri Community Church in Seoul, approached this difficult nation by establishing a Christian publisher Durranno Japan to supply good Christian literature for Japanese believers. He also planned to build Onnuri vision churches in Japan. In 2003, he started the first branch church in Osaka, which was followed by six other branch churches in different cities in Japan. Ha explained that the purpose for establishing branch churches in Japan was not to extend Onnuri influence, but to encourage the Japanese churches through their services. Later, when he realized TV ministries were influential in an age of mass media, he established Japan CGNTV in Tokyo and Osaka. This radically transformed the media ministries in Japan. Before CGNTV began, there were only several 30-minute Christian programs in minor cities. CGNTV provided 24-hour Christian programs introducing world famous preachers and programs from all over the world with translations. Still the Japanese Church situation did not improve. Finally, Ha discovered the potential of cultural events with Korean Christian celebrities. By this time Korean streaming was very popular among Japanese women to a level unknown in Japanese history. Thus, a series of culture-based evangelistic campaigns named Japan Love Sonata started in 2007 as a new mission strategy by Onnuri Church.

Japan Love Sonata is a multi-dimensional mission project including Revival Seminar for Christian leaders, Praise Night for youth, and Forum for social leaders, with Love Sonata as the main evangelistic event. Since 2007, Love Sonata programs were held 33 times in the major cities throughout Japan. All of them were successful in terms of participation. They rented the largest halls in each city, and the seats were all filled in most cases despite the suspicion of the hall managers. The total number of participants was 77,254, with 3,394 making a decision to accept Christ.

The Love Sonata programs are culturally oriented. The stage programs are highly seeker-centered with a lot of high-quality cultural performances including classical music, Korean traditional music, gospel choir, ballet and hip-hop dance. Ha advocated the cultural approaches for evangelism by describing the gospel as the water and culture as the cup: “Without a cup, people cannot drink. The shape of the cups may differ, but the water is the same. We have to use culture as the cup to hold the gospel so that people can drink the water (gospel).”  He also explains the challenges of contextualization:

Love Sonata is aware of the danger, and the cultural performance was utilized solely for a better presentation of the gospel.

Love Sonata, as the name indicates, is a project with demonstrations of warmth and love. For example, the Korean ushers stand from the nearest stations to the event hall in uniforms with welcome signs. The ushers are well trained beforehand and act with kindness and smiles. The culturally sensitive performances and testimonies of the celebrities often help the participants to open their hearts and be ready to listen to the message of the main speaker. At the end of the program, they offer a very dramatic finale utilizing colorful paper planes, balloons, handkerchiefs, flower crowns and pen lights. Japanese are generally conservative in expressing their emotion, but by this moment most participants would feel loved and are open to enjoy the dramatic finale.

The greatest impact of the Love Sonata program was the love Korean Christians demonstrated toward the Japanese. So far, 18,310 Korean Christians have come to Japan all the way from Korea just to serve in Love Sonata at the expense of their time, money, family and work. Most Korean volunteers do not even have a chance to see the stage programs. They prepare the materials, pray for the event and serve in different roles simultaneously behind the scenes. The very highlight of love expressed was the keynote speaker Ha’s message. He would start his message with an apology to the Japanese: “I am sorry, Japanese friends, for not forgiving you for a long time.” It is a shocking word for Japanese as they have a stereotyped idea that Koreans always demand an apology from Japanese people. Therefore, when a Korean pastor apologizes, it is a shocking and touching moment for Japanese. The message of the true love of Jesus Christ following an apology literally melts Japanese participants.

Japanese Christians, both ministers and believers, are often discouraged by the indifference and rejection of nonbelievers in Japan. By observing the sacrificial service of Korean Christians for Japan, they are encouraged and challenged in evangelism. Especially when they came to know that Ha had six liver operations just before the events, and was receiving weekly dialysis due to his illness, they were deeply moved by the commitment and dedication of Ha and his church members.

Ha passed away in 2011, but his love for Japan was succeeded by the next pastor, Lee Jae Hoon. He and Onnuri Church continue Love Sonata in Japan twice a year. The financial burden for one local church to carry out this series of events itself shows their sacrificial love for Japanese people.

With this love and mission service by Onnuri Church, Japan is changing slowly with 2,234 churches participating in Love Sonata and fellowshipping across denominational boundaries. The younger generation gather together and plan their own events. One of the few devotional textbooks in Japan is published by Durranno Japan, and CGNTV provides a devotional guide for it, inviting Japanese ministers as preachers every day. Programs such as Father School and Mother School are actively helping in the restoration of families; Quiet Time Seminar and One-on-One Discipleship are strengthening the faith of Japanese believers.

Reflection for the global church

With true forgiveness and lots of sacrificial love in Christ, Ha and Onnuri Church have helped to bridge the deep gulf between Korea and Japan. Today people in many parts of the world are suffering due to racial discrimination, exploitation, abuse, invasion, even genocide and the normal reaction of the victim is hatred, unforgiveness and revenge. The cycle of resentment will never end unless reconciliation happens. Only Christians who know the reality of sin in human beings, and who experience the true forgiveness of Christ can be the catalysts for such reconciliation. It is possible as shown in this powerful testimony of Ha and Onnuri Church, and what they did for Japan by the grace of God.

This article originally appeared on Lausanne.org and is reposted here by permission.

6. Yong-Jo Ha on “Church and Culture” in a lecture given at the Revival Seminar at Love Sonata Sapporo, 31 October 2007.