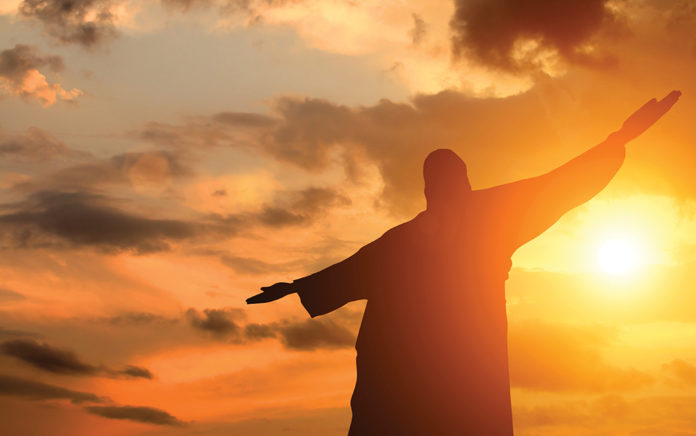 “I was a selfish man wanting to be a megachurch pastor.”

These words came from Fernando Pedro, a church planter in Brazil. He wasn’t a wolf in sheep’s clothing. Instead, he was a hardworking young pastor trying to grow a church. But he also was frustrated that it wasn’t taking off more quickly.

Ironically, many of the people that his church was reaching had dropped out—or been rejected by—megachurches in his area.

“Maybe half the people in our congregation weren’t accepted by other churches,” Pedro says. “They were broken or divorced. They smoked or had other addictions.”

These people didn’t fit in at prosperity-gospel megachurches. And the legalistic megachurches didn’t want them.

“The image of the church in our community has been eroded because of spiritual abuse and corruption,” he says.

And yet, Pedro still aspired to be a megachurch pastor. He dreamed of leading a new church that would be healthy, living out what it preached and focusing on a relationship with Jesus. And Pedro would be at the center of it all.

START WITH THE HEART

Pedro was part of a church in another city when a missionary invited him to start a Christian and Missionary Alliance church in Lagoa Santa, a town of 50,000 located more than six hours north of São Paulo. This missionary had developed a small group of 15 people that met in each other’s homes.

The new church launched in 2011. Over several years, it grew to 150 people. The congregation didn’t own a building—and didn’t even have a sign. “We grew mostly as people who were meeting with us invited their friends and relatives,” explains Pedro. “More than half were new believers. Many were people who didn’t want to go to an established church, given the poor reputation of churches in our city.”

As he looks back, Pedro admits that his motives at that time weren’t pure. He measured success too much by comparing himself with other pastors. The church had become too much about him.

From Outreach Magazine  How the Pandemic Is Revitalizing the Church

“Without help in addressing my heart,” he reflects today, “I would have become more arrogant with each passing year. I would be consumed by the guilt of not being a megachurch pastor. I would be driven by getting people to my institution and getting them on my membership list. I wouldn’t be a pastor willing to work with other pastors in my city, as I do today. In fact, for my first eight years, I didn’t make any friendships with other pastors. They were my competition—or so I thought.”

One key to Pedro’s transformation was mentoring. He joined two different networks designed for church-planting pastors. “Both have been essential,” he says. “When I first came to start the church, I had no idea how hard it would be.”

A pastor named Ricardo Agreste leads one of the networks. “Ricardo modeled humility and effectiveness,” Pedro says. “He taught me to be a pastor, not simply a director of a ministry. He helped me correct my direction, covering everything from how I treat my wife to the motives in my character. God used Ricardo to open my eyes and to help me abandon my dream of being a ‘big somebody.’

“I’m working with the right heart this time,” he adds. “I now experience much more joy and a new life for Jesus.”

DO WHAT JESUS WOULD DO

Today, Pedro has fun serving people in the community without them initially knowing that he’s the pastor. He wants to be just like everyone else in his church who shows the love of Christ in a practical way without judging or looking down on people. Then he looks for opportunities to invite them to church and to welcome them to ask spiritual questions.

“This approach helps them overcome negative stereotypes of a pastor as someone trying to abuse, manipulate or financially cheat them,” he explains. “It’s a relationship with Jesus that motivates us, not a list of behaviors that we are required to live out.”

RELEASE OTHERS FOR MINISTRY

“I grew up in a church where we didn’t learn how to manage people,” Pedro says. “So when I started the church, I didn’t know how to treat our people, or how to train them to be ministers.”

A good example is Aroldo, a man in his 50s who is very influential in Pedro’s city. He grew up in another faith, but was nominal in practicing it.

One evening, Pedro had decided to end the group. “It’s the same people there; nothing is happening,” he had decided.

But Aroldo looked at him and said, “Fernando, before we start tonight’s small group, I want to tell you that what you’re doing is important to me and our family.” He gave Fernando a hug. Since that time, Aroldo received Christ and been baptized. Today, he’s a leader of small groups in his house.

Most importantly, says Pedro, “Aroldo is in love with leading a group. He’s brought his niece and her boyfriend to the group and to church. I never imagined that he would become so engaged in the mission of Jesus.”

Pedro continues to learn to make space for people to grow as ministers and hero makers.

“Last year,” he says, “I was tired, stressed and unhappy. One of the people asked me, ‘Are you trusting us, or will you do it alone?’ I got the message. Sometimes I assume that they don’t want to do ministry, but I’m wrong. Whenever they do ministry, it’s incredible. Our leaders are bringing new people to the church and discipling them. It’s very exciting; it’s like a heavy pain was taken out of my back. It gives me much joy to see the people grow and become hero makers.”