Home Features Modeling a Missionary Heart for Our Children 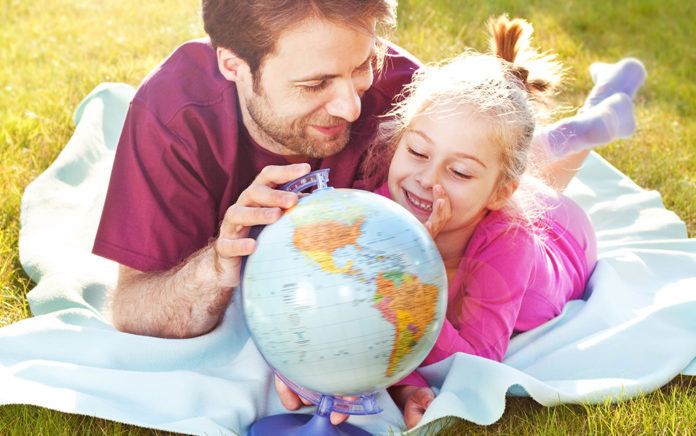 It’s funny how much being a parent changes your perspective on things. Everyone tells you it will, and you believe them. Then it happens, and you are still amazed at the difference it makes.

In recent weeks, I’ve stumbled across a simple book by Don Whitney called Family Worship. While the concept is not new to me, I wanted to see if this little book provided fresh insight or if it was one I could recommend on the subject. I’m happy to report that both are true.

Whitney provides a very quick walk through both Scripture and history showing the importance of this practice throughout generations of the church. In doing so, he brings an arsenal of citations from church history to the table.

One quotation in particular stood out. It’s a quote from John Paton, a renowned missionary, in which he recalls the significance of family worship in his own home as a child:

“How much my father’s prayers at this time impressed me I can never explain, nor could any stranger understand. When, on his knees and all of us kneeling around him in family worship, he poured out his whole soul with tears for the conversion of the heathen world to the service of Jesus, and for every personal and domestic need, we all felt as if in the presence of the living Savior, and learned to know and love him as our Divine Friend. As we rose from our knees, I used to look at the light on my father’s face, and wish I were like him in spirit- hoping that, in answer to his prayers, I might be privileged and prepared to carry the blessed gospel to some portion of the heathen world.” — John G. Paton: Missionary to the New Hebrides

Raised in Scotland, John Paton was a missionary to the South Pacific islands during the back half of the 19th century. Paton and his family spent decades working among a cannibalistic tribe that repeatedly made attempts on his life. He lost his first wife and several children to tropical diseases. And yet, by the end of his tenure, he saw an entire island profess Christ, translated the New Testament into their language, and trained enough missionaries from that island to send out to 25 additional islands.

To what did Paton attribute his earliest desires to serve Christ as a missionary? It was the example set by his father during family worship.

The fervent prayers of his father that the gospel would go to the nations were, in fact, answered through the obedience of his son. That calling in the son was formed and established by the example of the father.

Reading this as a parent, it struck a new chord in my own heart.

From Outreach Magazine  3 Signs of a Healthy Church Transition

DO I WANT MY DAUGHTER TO GO?

My first interaction with a calling to missionary service was my own. I was already an adult and had been serving in collegiate ministry when God, through the work of my local church, called me to an extended season overseas among an unreached group in West Africa. I remember the conversations with my parents, both godly leaders in their own church. They were largely supportive, even proud at times, but I could see the emotional toll it took on them. To sacrifice themselves for the Great Commission was one thing, but to let go of their only child was a different ask.

I’m now the proud father of a rambunctious little girl. She’s less than a year old, but she recently started crawling and she’s ready to take on the world. What I once saw in my parent’s eyes when discussing a calling overseas, I now feel in my own heart for my baby girl.

Do I want my daughter to go?

As a Christian, as someone who believes the gospel and understands my own desperate need for it, I know the answer must be yes. The Great Commission was not given to a select few. No, the call to make disciples of the nations is for all who call upon the name of the Lord. As Danny Akin is quick to say: The question is not why should she go, but why should she stay?

We as parents want her to do big things, and what more worthy cause exists than taking the precious news of salvation to those who have never heard?

Is it safe? Of course not, but safety is only an illusion we’ve duped ourselves into feeling in our largely comfortable and self-sufficient surroundings in North America. Will it be a sacrifice? Most certainly. It will be one for her, and it will be one for us. And yet, we must agree with the apostle Paul when he writes:

“This grace was given to me—least of all the saints—to proclaim to the Gentiles the incalculable riches of Christ, and to shed light for all about the administration of the mystery hidden for ages in God who created all things.” — Ephesians 3:8–9

MODELING A HEART FOR THE NATIONS

By this point, I hope we are in agreement. Our prayer for our daughter is that she would follow Christ wherever he leads and for her to hear the Bible’s clarion call to the nations.

From Outreach Magazine  How Can I Keep Trusting God If He Hasn’t Answered My Deepest Prayers?

In Paton’s writing, he reveals the significance of his parents’ example in discovering his call to international missions. He writes:

“As we rose from our knees, I used to look at the light on my father’s face, and wish I were like him in spirit- hoping that, in answer to his prayers, I might be privileged and prepared to carry the blessed Gospel to some portion of the Heathen World” — John G. Paton: Missionary to the New Hebrides

Parents, do not underestimate how much your concerns influence those of your children. If something weighs heavy on your heart, there is a good chance it will weigh heavy on theirs. And in order to model a heart for the nations, we must have one first. How much do you desire that the gospel go to the nations? Does that desire come to the surface as you parent? When was the last time your children heard you pray, in earnest, for the spread of the gospel to peoples and places far away?

Modeling anything requires both visibility and regularity. Quite simply, our children must see us doing something and see it often for it to ever be truly modeled.

This is not practicing prayer for show, a practice Jesus soundly rebuked (Matt. 6:5–6). Instead, this is authenticity in front of those who need to see it the most: your family. To be sure, we do model an approach to God, his word, and his call on our lives before our spouse and children. The question is not “if” we will do so, rather “which” approach we will model.

Finally, we must encourage the right thing. Children will lean into those things which we celebrate. This is as true of spiritual maturity and gospel-centered obedience to the Great Commission as it is sport or studies.

Paton’s words weigh heavy on my heart. Paton speaks of the admiration he possessed for his father and how it created in him a desire to lean into his calling. I find myself in agreement with Paton, admiring the example set by his father.

My prayer is that our daughter will see that kind of faith in us, that she will see hearts that beat for the spread of the gospel. I pray we celebrate in her most those things which Christ desires, and we would find joy in her obedience to him, even to the ends of the earth.

My hope is that you would pray those same prayers. Parents, let’s raise up missionaries.

This article originally appeared on KeelanCook.com and  TheUpstreamCollective.org and is reposted here by permission.