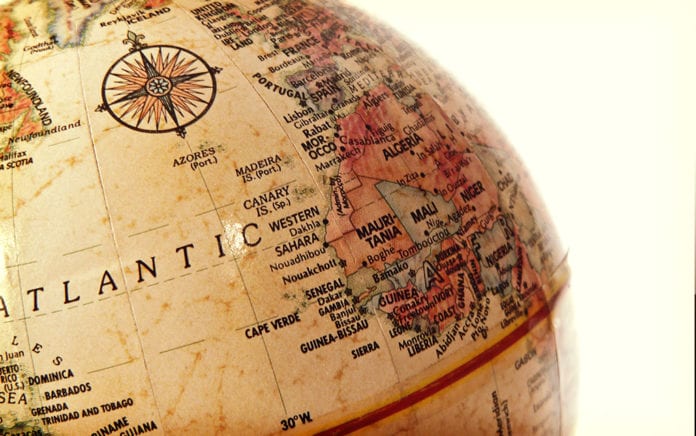 Though our society now is ambivalent about missions, the Great Commission compels us to keep going and sending.

People seem to be responding to the topic of missions or missionary work in one of a few ways today.

Recently, our culture has begun to see missions as a controversial reality. We saw this with John Chau and the aftermath of his journey to reach unreached people groups living in territory under the possession of India.

Chau’s story (including news of his death) was broadcasted all over the world. It was fascinating to see how the world responded to this incident in contrast to the news of Jim Elliott and his companion’s death so many decades ago. Elliott was heralded as a hero and had his story spread across the front cover of LIFE magazine.

He and those who journeyed with him to Ecuador spawned the growth of a whole new generation of young people eager to follow in their footsteps and reach unreached people groups with the gospel.

With Chau, the situation has been quite the opposite. Instead of being heralded for his courage and sacrifice, the media took a much more critical approach.

As a missiologist, I’m aware that Chau could have changed some aspects of his approach. That’s easy to second-guess at this point. But, for the most part, Chau was not the “crazed” and irresponsible adventurer that the media portrayed him as.

He did have many supporters—including the missions agency, All Nations, that sent him. They say that he spent time in careful consideration of the risks he was taking in journeying to this tribe, and clearly desired to make a positive impact for the kingdom through his work.

From Outreach Magazine  Why Your Church Doesn't Need a Building

Despite this and other cases made in Chau’s defense, our culture has largely remained unimpressed. In fact, they are quite convinced that the idea of going to the other side of the world to tell people about Jesus is not only a waste of the missionary’s life, but, perhaps, the lives of those to whom they journey as well.

Some Christians even responded this way with Chau, arguing that people should be left to continue in their current practices and belief systems wherever they are. Others simply don’t even consider sharing the gospel to be a priority.

It’s becoming clear that our churches in North America, and perhaps the Western world as well, have lost their once fervent passion for missions work. The great stories of global gospel proclamation we share are becoming more and more anathema.

The Great Century of Missions was an era from 1792 to 1910, when people had great enthusiasm for missionary endeavors. Such missionary work had widespread, though not universal, support.

But, not any longer.

For example, while some churches are still involved and mission agencies are hard at work, many in the church are largely disengaged or, worse, simply disinterested.

If we are going to love and promote global missions to unreached people today, it will be in spite of the low enthusiasm in some churches, and regardless of widespread disdain and, in some countries, active opposition.

Some people, hearing this, respond by recognizing the importance of renewing our efforts to proclaim the gospel on the world’s stage. And I think this really is the only proper response.

The spiritual condition of those like the tribe Chau wished to reach really should burden us—even from the comfort of our Western churches. Jesus’ words to his disciples to “go and make disciples of all nations, baptizing them in the name of the Father and of the Son and of the Holy Spirit” should convict us (Matt. 28:19).

WE NEED A GREAT EMPHASIS ON MISSIONS

Our churches should provoke us to love and good deeds—and that includes supporting people who are going and doing this gospel sharing work in faraway places. Even more than that, churches should be places that themselves are educating congregations about the work that missionaries are doing and encouraging individuals who may be sensing a call to engage in such important work themselves.

The stories of men like John Chau need not be rewritten by a culture that is largely critical of the notion that people in other places even needed to know Christ in the first place. Instead, it is for us—the people of God—to take up the baton and continue to boldly proclaim the gospel message both here and abroad.

If we don’t get a greater passion for missions, this will be the Great Century of Omission.