Home Features When I Was Sent I Felt Forgotten 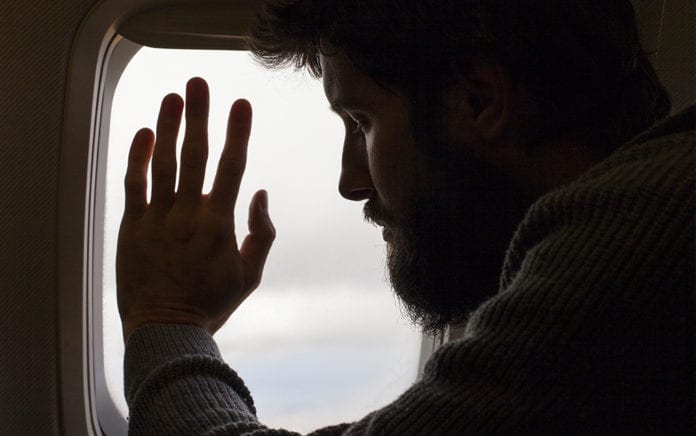 When I became a missionary in South Asia, I felt abandoned by my local church.

Unfortunately, in missions culture today, to be sent out from a local church is often synonymous with being abandoned by a local church.

For the past few years, I lived in South Asia for the purpose of making God’s glory known among the nations. There were many moments over these years of living overseas when I desired to have that encouraging community of people, my church, reach out and see how the Lord was working; or, if I am completely honest, at least to see if I was still alive.

Before leaving, as I was being commissioned, they greeted me one-by-one, shook my hand, told me they would pray for me, and took my prayer card as a reminder to do so. They hugged my neck and told me how I was encouraging to them. The grip of a firm handshake and the promising eye contact made during these moments gave me hope of the partnership that had just been made. As I boarded the plane to South Asia, doubt crept in. But I quickly recalled those encouraging moments, and that doubt was replaced with hope.

Months and months would pass where I would pour my heart out over blog posts and social media, beckoning for my church back home to pray with me as they had promised. Each time I clicked the final approval button and sent out the blog, it was a cry for help, a plea for my church to hold their end of the rope.

I often struggled when reading words written by Paul, such as:

“Pray at all times in the Spirit with every prayer and request, and stay alert in this with all perseverance and intercession for all the saints. … Always praying with joy for all of you in my every prayer, because of your partnership in the gospel from the first day until now. … For this reason also, since the day we heard this, we haven’t stopped praying for you.” —Ephesians 6:18; Philippians 1:4–5; Colossians 1:9

The ideas that were being spoken of in Scripture didn’t seem to be exemplified in my church.

My heart would break even further when I realized that some church members were actually growing in bitterness towards my updates, feeling as if they were a disturbance and inconvenience to their lives. Members of my family would make subtle comments letting me know that I should remove certain people from my prayer updates. It would ease their burden of deleting an email they no longer wanted to receive.

Moving to a new country for the first time, I knew I would have to battle loneliness because the people around me wouldn’t understand my home culture and language. However, I never imagined it would be coupled with the loneliness of being let go from my church.

Transitioning back home filled my mind with fear as I recalled the years of passive aggressive moments and the loss of my church as a support system. I did not know what would happen with the people who were part of my church years ago. Would they recognize me? Would they remember my name or know any part of my story?

My heart and mind were even more confused when I was embraced with hugs and encouragement from people who never once spoke to me while I was gone. Where were you when I cried out for help? I thought to myself. Are the feelings of annoyance still there?

No one told me or prepared me for that kind of battle upon my return.

Thankfully, all this pushed me toward Christ and his comfort. I grew in my understanding of being satisfied in him alone during these times. I can look back now and see how Christ redeemed the loss of my church relationships. Nevertheless, I don’t see in Scripture where it was his intent for the abandonment of sent ones to take place.

From Outreach Magazine  Why We Need Each Other

I fear my story is far too common. It shouldn’t be expected or normative. The repetition of “Love one another” throughout Scripture doesn’t end when a member of the body changes physical location. It may grow in difficulty to do this well, but the command remains.

Sending someone does not mean letting them go. It means holding on tight to the relationship so that the nations may know the glory of God.

This article originally appeared on The Upstream Collective.