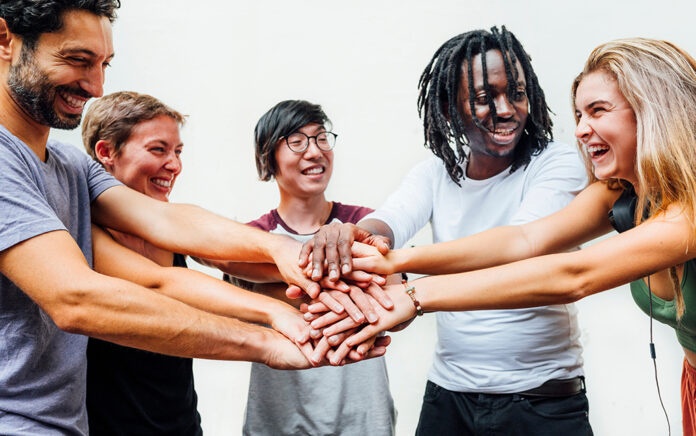 “When we pursue diversity and dismantle racism in the name of Jesus Christ, we can inspire a Spirit-empowered disciple-making movement.”

I’ve been doing a lot of thinking recently about two things that aren’t normally connected: making disciples and dismantling racism.

We are living in remarkable times. Did you know that the New York Times reported that the protests following the killing of George Floyd were the largest in U.S. history? A new racial awakening has swept the nation during our lifetime; however, it differs from that of the 1960s civil rights movement. Then, people fixated on overt racist realities and state-supported racism such as Jim Crow laws and segregation. But today people are becoming attentive to subtler but no less insidious expressions of racism, such as unconscious bias, as well as polarizing issues like the relationship between police and people of color.

Despite everything, we are still stuck in a “racialized” society in which race still matters profoundly for differences in life experiences and opportunities. Many understand that it’s no longer enough to say, “I’m not racist.” If we do nothing, we will unwittingly perpetuate the status quo. Instead we must embrace anti-racism, proactively seeking to identify and dismantle racism in Jesus’ name.

But don’t take my word for it. Let’s look at the book of Acts, which launches with God’s colorful kingdom dream on display in the multilingual miracle of Pentecost. Not long after, though, ethnic tensions rear their ugly head and threaten the growth of the church.

Acts 6:1–7 tells of a conflict between the Hellenistic and Hebraic widows. “In those days when the number of disciples was increasing, the Hellenistic Jews among them complained against the Hebraic Jews because their widows were being overlooked in the daily distribution of food” (v. 1).  I submit that what we see here is an early depiction of systemic racism threatening the disciple-making mission of the church. Notice here, too, that word “overlooked”—the early church leaders had developed a lovely program of food distribution for widows in need. Their intentions were good, even great. However, the unintentional impact of their program was inequity. And they had unfortunately “overlooked” this inequity. In fact, they might never have noticed the inequity at all unless the marginalized group brought it to their attention.

Thankfully, the early church leaders responded not by ignoring or dismissing the people’s critiques. Instead, they took responsibility by engaging in antiracist action. And they did so while maintaining the priority of evangelism, as we see how the apostles had individuals set apart to meet this need while they continued to give themselves to “prayer and to the ministry of the word” (Acts 6:4).

The result? “The word of God spread” and “the number of disciples in Jerusalem increased rapidly” (v. 7). That’s what I mean by critical evangelism theory: When we pursue diversity and dismantle racism in the name of Jesus Christ, while maintaining our devotion to prayer and the message, we can inspire a Spirit-empowered, disciple-making movement.

Our future is becoming increasingly multicultural and multiethnic. Unfortunately, in our broken world, multiethnicity tends to lead to inequity—both intentionally and unintentionally. That’s why, if we hope to see disciples multiply rapidly in the future, it’s not enough to embrace the diversity we see at Pentecost. We’ve also got to embrace the antiracism that we see after Pentecost.

God has given us a blueprint for this in his Word. Let’s have the courage to follow it.