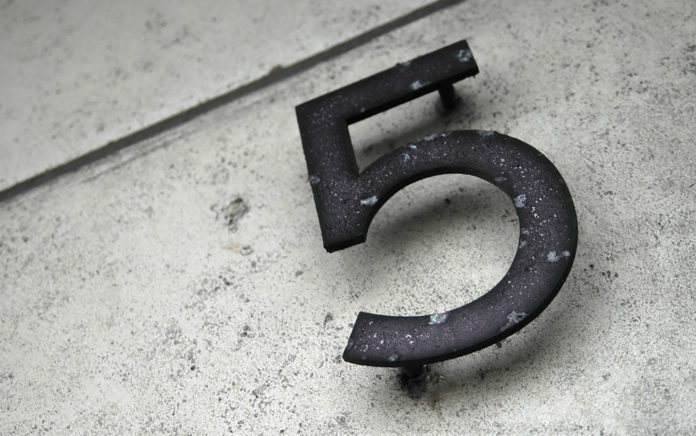 Though the message never changes, our methods must

Even before the pandemic struck, the Western church has been filling fewer and fewer stadiums over the last few decades.

As Gordon MacDonald talked about in this interview, the days of Billy Graham’s evangelistic crusades where he packed out arenas are long over.

Sadly, I think we’ve needed a whole new evangelism strategy for the last 10–20 years, and COVID-19 is finally forcing us to figure out what it should be.

• and our best evangelism strategies are producing diminishing returns,

… what can your church do to reach more people?

As a young church leader who has had the privilege of working closely with Carey Nieuwhof and seeing behind the scenes of a lot of churches and church models, I see five promising options:

1. Online Influencers That Talk About Their Faith.

In case you haven’t noticed, It’s pretty difficult to grow a following on YouTube. Especially if you’re a church.

I’ve spent the last year and a half trying to figure out why some content is performing well online, and other content isn’t.

What I’ve realized is that there are two types of binge-worthy content that will allow you to grow a massive following online.

This would include channels that are based on gaming, sports, comedy, and a long list of other things that we would classify as entertaining.

This would include channels that are based around how-to videos, educational videos, makeup tutorials (which are huge on YouTube) and anything else that makes the viewer feel like they have learned something new from watching.

If a channel can consistently produce one of these types of content, it has the potential to become huge.

Sadly, many online church services aren’t densely packed with helpful or entertaining content, and that’s one reason why they aren’t growing.

Many preachers, myself included, take 35 minutes to solve a problem that a different YouTube video would only take 10 minutes to solve. This is likely one reason why our YouTube channels aren’t growing.

But, there are a lot of Christian influencers that have built a massive following based on some other helpful or entertaining topic.

And when they talk about their faith, millions of (mostly young) people are watching.

One of the world’s largest YouTube Channels is called DudePerfect.

Because of their early start in YouTube, and explosive growth, they have 54 million YouTube subscribers today. (And that’s just their main channel.)

That’s huge, and as you follow them for the entertaining videos, eventually you hear them talk about their faith, and how it’s the most important thing in their lives.

So, just by creating entertaining YouTube videos, they’ve been able to talk about Jesus to tens of millions of people. It’s easy to see how God is using them.

From Outreach Magazine  Beauty and Pain in Ministry

He has 15 million subscribers across his three channels, and has built a very personal relationship with his followers through his OffTheRanch vlog channel.

Anyone who’s followed him for a while knows that he has had a few tragic deaths in his friends and family recently. The closest of which has been the passing of his little brother Mark.

In the video titled “Rest in Peace Little Brother,” Matt talks about why his entire family got baptized during his brother’s cancer journey.

This 33-minute video has been seen 4.5 million times by Matt’s followers.

Essentially, Matt preached the gospel to 4.5 million people even though his YouTube channels have nothing to do with the church or faith.

Forward-thinking churches should see online Christian influencers as a part of their evangelism strategy.

Whether it’s creating great content online yourselves or partnering with online influencers in your area that already have a following, you can’t afford to miss this opportunity.

This one isn’t so much an “evangelism” strategy as it is a “stop losing so many teenage Christians when they go to college” strategy, but I’m including it anyway.

There are very few church models that give me as much hope as churches that are focused on multiplication. And that “multiplication” effect is amplified further if they’re actively reaching college-age students.

I don’t have enough room to explain exactly how the model works, but the best example of this that I’ve seen is CityLight Church in Omaha, Nebraska.

They’ve planted 10 churches over the last 10 years, and have reached thousands of people with the gospel.

You can listen to an interview with Chris Hruska, their lead pastor here.

Or, you can listen to Carey’s recent ChurchPulse Weekly interview with their newest church plant here.

Here’s the bottom line: Millions of Christians are becoming stagnant in stagnant churches. Multiplication-focused churches might hold the key to solving this problem.

Today’s young people are taking their hardest questions to Google, not their parents, friends, or pastors.

So as they begin to ask serious questions like “Is there a God?” “Why do I need to believe in God?” or “Which God is the real God?” they end up typing it into a search bar rather than asking a person.

And what is your church doing about this?

Most churches have no clue what to do about this.

But there is a massive opportunity here. According to VidIQ, 5,400 people search “Is there a god?” on YouTube every month.

What if your church was on that first page of results?

When you try to answer this question, you’re competing with the world’s best minds because their video will pop up next in the “recommended” section right after yours.

So, whether you create the video yourself, or you send your people to your favorite apologist’s video, make sure your video and argument stands a chance at competing with Stephen Hawking or Sam Harris.

4. Calling People to Unity (Because Technology Is Dividing Us).

The internet is becoming a more and more divided place.

I know you know that. Just look at what happened with the election.

From Outreach Magazine  Are You Ready to Be Healed?

Because of all of the things we’ve seen online, the US (where I live) is more divided and destabilized than it ever has been since the civil war.

Because they want more ad revenue, these algorithms are prioritizing whatever content that keeps you on their platform the longest.

Sadly, the content that keeps people engaged the longest (and gets them to see the most ads) is proving to be whatever content is more and more extreme.

Tristan Harris does an outstanding job of explaining this on The Joe Rogan Experience here.

So why is this an opportunity for the church?

That’s 40 million people whose eyes have been opened to the dangers of social media and division online.

If you start producing intentionally unifying content, some of these people will take notice, and they will be quick to share your unifying content and tell their friends about what you’re doing.

We at Carey Nieuwhof Communications are “trying to create a place for the good people on the internet.” Your church can and should be doing the same.

This might be the most doable of these 5 options for your church. And most churches are doing this already on a small scale.

But here’s what’s true about every single person that you’re trying to reach:

Whether it’s financial, mental, relational, or spiritual needs, your community has them. Your church should be helping them with those needs.

But, as Carey has pointed out for years, most churches have been answering questions that nobody in their community is asking.

When you write sermons and produce resources that help people with specific problems and then market those sermons to your community, you’re practicing “felt-need marketing.”

And if you want to start bringing new people into your church, you need your communities to know about the felt-needs that you can help them solve.

So what Christian organizations are doing this well? Look at organizations like Griefshare, Alcoholics Anonymous, or Dave Ramsey and Ramsey Solutions.

These organizations see a need and are filling it. Your church can do the same.

There are two major ways that your church needs to be broadcasting the felt-needs that you can help with:

Rich Birch does a phenomenal job of outlining how a church can do this well here.

Some larger churches can afford to hire a digital marketing/social media agency to run these ads for them. But the majority of churches don’t have 10’s of thousands of dollars to spare.

Many of the more normal-sized US-based churches are putting their resources together into a nation-wide ad campaign called GlooConnect.