Home Features How Suffering Can Open Doors for Evangelism 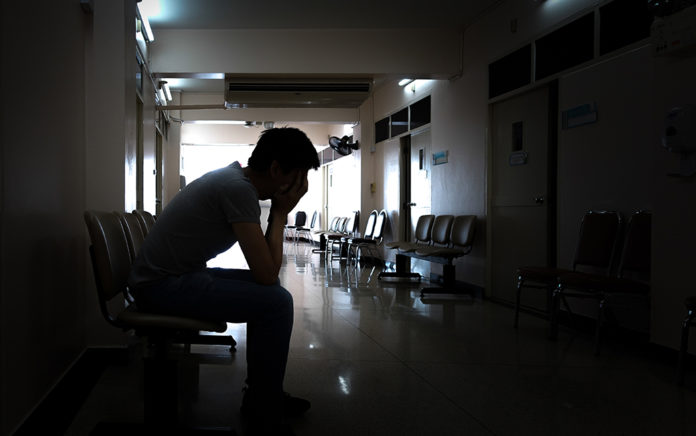 Anyone can be happy when things are going well. But can you have joy when they aren’t? Flipping through the TV channels with my kids a couple of years ago, I happened across a televangelist, and the guy was trying to get people to give to his ministry. He promised people that if they would […]

Anyone can be happy when things are going well. But can you have joy when they aren’t?

Flipping through the TV channels with my kids a couple of years ago, I happened across a televangelist, and the guy was trying to get people to give to his ministry. He promised people that if they would just send him what little was left on their credit card, God would turn it around and give them a new BMW. Their neighbors would be amazed as they drove down the street in their new BMW, smiling as they were filled with the joy of the Spirit.

Well, I was so filled with the Spirit that I was ready to drive down to Florida and punch this guy in the throat.

First, God does not expect you to go into irresponsible debt to support the ministry of a TV evangelist. That’s not generosity. That’s foolishness.

But also—and more importantly—anyone can be filled with joy when they are driving down the street in their brand new BMW. What will really amaze people is when you go through suffering with hope and unshakeable joy.

They know that if it was them suffering, they would be miserable and despondent. And in that moment, you’ll be ready “to give a defense to anyone who asks you for a reason for the hope that is in you” (1 Peter 3:15).

Your suffering might be the best opportunity you have to point others to Jesus.

When you go through suffering with hope and joy, people will be curious, and they will ask you about it. You should be ready in that moment to give a defense of what you believe.

From Outreach Magazine  What If We Just Did What God Has Asked Us to Do?

This was the secret of the early church’s success. They lived in ways that blew everyone’s minds. They set themselves apart with radical generosity and care for the poor. Even Emperor Julian complained, “These godless Galileans [his nickname for Christians] care not only for their poor but ours as well.”

They were also known for their regard for all life, especially those lives considered dispensable by the Roman Empire. Rome had its own abortion scheme: If a Roman family had a baby they didn’t want, they would just leave it out by the trash overnight. There exist ancient letters from Roman men telling their wives that if their newborn baby was a boy, keep it, and if it was a girl, to “discard it.”

In response to this injustice, the early church practiced “baby runs,” where members would walk the streets at night, listening for the cries of these discarded babies. As a result, churches quickly filled with new babies, particularly baby girls.

These practices made the early Christians odd in Roman society. Their oddness provoked questions. If someone is not questioning you about your odd level of generosity and care for the poor and overlooked, it’s worth asking if you’re any different from the world in these areas.

Years ago, I read a book about the famous atheist Christopher Hitchens. During the last years of his life, he toured university campuses, debating a Christian scholar named Larry Taunton, the author of the book. Taunton describes how very few of his intellectual rebuttals made any deep impression on Hitchens. However, during his last months, Hitchens began to question things in his conversations with Taunton, and it was mainly because of Taunton’s decision to adopt his daughter, who is HIV-positive. Taunton said Hitchens kept asking him why he did it and marveled at Taunton’s calmness in the face of death. Taunton doesn’t claim that Hitchens became a believer before he died but that kindness and hope did something in Hitchens’ life that intellectual argument could not.

Effective evangelism doesn’t come from mastering an evangelistic presentation like the bridge or the Evangecube. It comes from living in a way that provokes a question and then responding with gentleness and respect (1 Peter 3:16).

In whatever area you are suffering, God wants to use it as a testimony to others about his generosity and your hope in Christ. When you are dealt a circumstance that should make you miserable and instead you choose joy, God can turn it into your greatest ministry.