Home Features Into the Culture 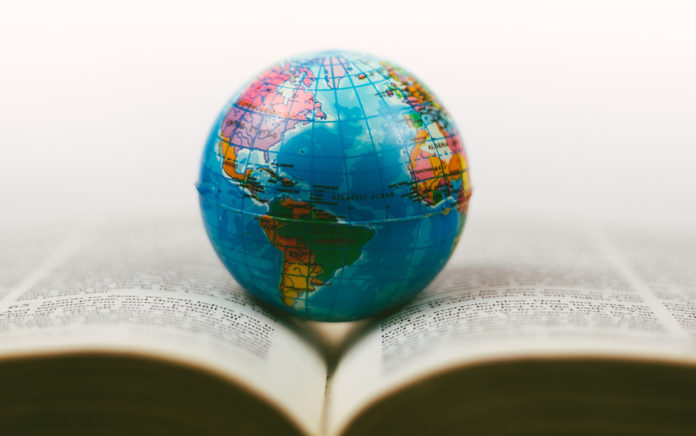 Today a lot of people are talking about the church and culture. We are told that we need to engage the culture or understand the culture. Some see the culture as an enemy to battle and overcome. But not everything in culture represents problems, sin or injustice. When we talk about culture, we have to […]

Today a lot of people are talking about the church and culture. We are told that we need to engage the culture or understand the culture. Some see the culture as an enemy to battle and overcome. But not everything in culture represents problems, sin or injustice.

Culture concerns how humans interact and form constructs that then become passed on to others and to the next generation. Many cultures exist around the world, and when we think of culture in that way, we are thinking about a way of life.

In a general sense, culture simply means how humans react and engage with one another collectively. In that case, preaching “against culture” is like preaching against somebody’s house. It’s just where they live. There are good things in it, and there are bad things in it.

The problem comes when ideas in culture become firmly ensconced as idols. Cultures can develop sinful patterns. Culture can be value-neutral in some ways and at the same time can be idol-laden in other ways.

NOT OF THE WORLD

I’m wearing a shirt of a certain style. I’m speaking a language. I have a bit of an accent from where I grew up outside of New York. Those are all part of the culture, so I’m in the culture.

I’m also intentionally engaging the culture. I read magazines so I might know what people in culture are thinking. I watch TED Talks so I can learn what some principal thought leaders might be thinking. I’m trying to be in the world, but I’m not of the world.

From Outreach Magazine  The Secret to Being a World Changer

We become “of the world” when we buy into the culture’s idols, when we pursue the things the culture values other than God. It might be fame, fortune, money or sexual pleasure outside of God’s intended design. “In” the world means I am engaging, trying to understand so that I might live faithfully in the midst of the culture. “Not of” means that there’s a distinction between the world and me.

Christians are clearly called to be separate, not from sinners but from sin (see 1 Cor. 5:9–11). Sinners made in the image of God create cultures. I don’t need to be separated from them unless the cultural expressions I would be participating in are themselves sinful.

Jesus took on human form, including culture. He was born at a certain time, spoke a certain language and wore certain clothes. He didn’t just appear and float above or outside of culture. The way Jesus engaged culture is an example for how we might engage culture today.

A COUNTERCULTURAL WAY OF LIFE

There’s no such thing as a church that exists outside of culture. But being on mission calls us to a countercultural way of life. For example, the Western American cultural context values autonomous individualism, but that’s neither the way of Jesus nor the teaching of Scripture.

The church of Jesus Christ is to be on mission as a biblically faithful, culturally relevant community for the kingdom of God. Those become markers. The Bible is our guide under the inspiration of the Holy Spirit. We want to lead our churches both to engage culture and to be a countercultural community.

We do this as the people of God, for the kingdom of God. Therefore, we engage an issue like autonomous individualism by offering a more biblical and countercultural alternative: honest, vulnerable, spiritual community.

We can’t just casually brush culture aside. As a recently converted teenager, I needed to learn that the most important thing was not to be conformed to the world but to be transformed by the renewing of my mind (Rom. 12:2). I didn’t need to be trapped by sinful ideas in culture, and I wasn’t grounded in Scripture enough to be discerning.