Home Features The Power to Obey the Great Commission 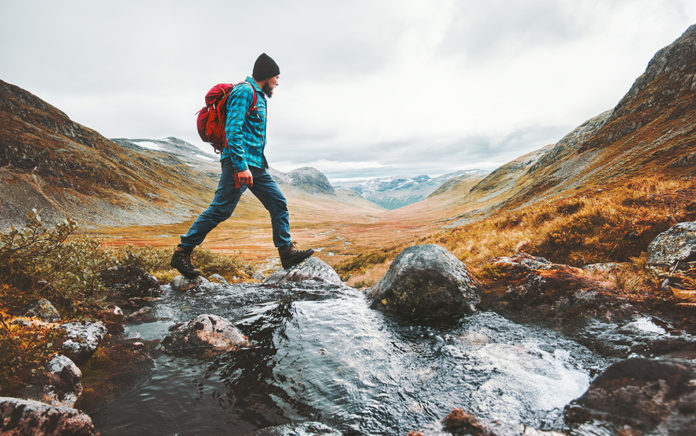 The presence and power that make the Great Commission possible

One of the most important missions texts in Scripture is the Great Commission found at the end of Matthew’s Gospel. In his final moments on earth with the disciples, Jesus sends them out on his mission with these words: “Go therefore and make disciples of all nations, baptizing them in the name of the Father and of the Son and of the Holy Spirit, teaching them to observe all that I have commanded you” (Matt. 28:19–20a).

We reference these verses frequently as we try to encourage believers to follow this command and live as obedient disciple makers. We highlight gospel needs around the world, we pray for missionaries and their work in our weekly gatherings and we remind those in our church that we each have a role to play in fulfilling this commission Jesus has given us.

But as important as it is to understand what Jesus calls us to, knowing how we are able to obey this calling is perhaps the most important part of the Great Commission. Before and after the text quoted above, Jesus gives us two important truths, truths without which we would have no hope of accomplishing the task he has given us.

In verse 18, Jesus declares, “All authority in heaven and on earth has been given to me.” And in the second half of verse 20, Jesus promises us, “I am with you always, to the end of the age.” Though we tend to focus on what the Great Commission demands of us, we see that what Jesus wanted his disciples to understand first is that it was only by his authority and his continuing presence that they would be successful in carrying out the task of making disciples all over the world.

Jesus begins the Great Commission by declaring to the disciples that God has given him all authority in heaven and on earth. We have already seen evidence of Jesus’ authority up to this point in Matthew’s Gospel. For example, in Matthew 7:29, we read that Jesus was “teaching [the crowds] as one who had authority, and not as their scribes” (emphasis added). In Matthew 9:1–8, Jesus shows the scribes that he has authority to forgive sin by healing the paralytic.

Jesus’ God-given authority was apparent throughout his ministry, and now, as his time on earth is drawing to a close, the resurrected Christ grounds this charge to his disciples in the reality that he has all authority to send them out into the world to advance God’s kingdom as they preach the gospel to those who are far from God and disciple them to become obedient followers of Jesus.

Jesus ends the Great Commission by assuring the disciples that he will be with them every step of the way as they embark on this journey of declaring and discipling. Matthew concludes his gospel in much the same way as it began, by reminding us that God has drawn near to us through Jesus. The child called Immanuel (“God with us,” Matt. 1:23) is now the risen Savior who has promised that he will never leave or forsake his followers. Through his promised Spirit dwelling in them, they would be filled with both the presence and the power of Christ as they spread the gospel message from Jerusalem to the ends of the earth (Acts 1:8).

Our obedience to the Great Commission is only possible because Jesus has supplied everything we need to obey it, so as we seek to be faithful followers of Jesus by proclaiming his gospel and making disciples, let’s be quick to remind ourselves that everything we do for Christ is done by his authority and through his ongoing presence in our lives.

We’ve been given the sacred privilege of joining Christ in his work of spreading his name and making his disciples all over the world, and because he sends us out in the authority of his Father and in the company of his Spirit, we have all we need to obey him wherever he leads.

Read more on the topic of evangelism at OutreachMagazine.com/evangelism