Home Features How Jesus Did Evangelism 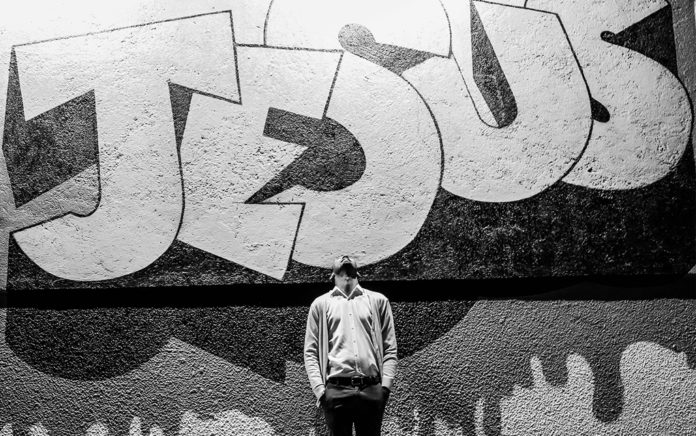 Back when I was a freshman in high school, I remember telling my cousin that he was going to die and go to hell. No, that didn’t come in the middle of a conversation, that was my conversation starter. Yep … I know, that wasn’t the most effective sentence to begin a conversation with.

If we want to see what good evangelism looks like in practice, we should read about and watch the greatest evangelist who ever walked planet earth. Who is that you ask? Jesus.

One of my favorite passages that highlights good evangelism is John 4, where Jesus encounters the woman at the well. In that narrative, we learn at least five lessons from Jesus about what I will refer to as well-done evangelism.

1. CROSS OVER Into the Person’s Territory.

We learn in the narrative that Jesus crosses a couple of cultural boundaries.

Most know about the racial tension between the Jews and Samaritans during that time, and how many Jews avoided going through Samaria or engaging with Samaritans altogether. In addition, most know the cultural dynamics between men and women where men didn’t engage women in public. Moreover, most know that Jewish teachers or rabbis avoided “sinners.”

Jesus, however, crossed all the boundaries mentioned above as he went through Samaria and once there engaged an immoral Samaritan woman at the public well.

In other words, Jesus didn’t have a choice. Jesus knew the Father had sent him on a mission to seek and save that which was lost (Luke 19:10), which meant that he had to cross barriers, boundaries and obstacles to reach people far from God.

Evangelism is about crossing barriers to engage a person’s or a people’s heart. That might mean we cross seats, cross tables, cross cubicles, cross streets, cross zip-codes, cross state lines or cross countries.

And in crossing such boundaries, we very well may be crossing barriers and obstacles such as race, ethnicity, socioeconomic differences, religions or cultural norms.

Failure to cross over boundaries, obstacles or barriers will result in missing a divine appointment.

2. Engage in a CONVERSATION.

The first step to well-done evangelism begins with crossing over into one’s territory. That’s a big move. But like in basketball, you need skills other than a mad crossover in order to score. So, Jesus engages in a relational conversation.

The evangelistic method (or style) used for the woman at the well is primarily relational—conversational. We see this style used in other places like Luke 19, with Zacchaeus. However, there are other methods and types of evangelism—like social (biblical) justice and apologetics—that build platforms to share the good news.

From Outreach Magazine  What Happens When You Ask God “What If?”

Nevertheless, Jesus begins this conversation by asking her for a drink—completely taking her off guard—and then moves to the topic of “gift” and “living water.”

The reason why this conversation was so important for this woman is because she was an outcast. Thus, she wouldn’t have engaged in many relational conversations like the one initiated by Jesus. She’s intrigued by the whole idea of the gift of God and living water.

The more they converse, the more we learn about this woman.

Conversations are a gateway into people’s hearts.

King David penned, “O God, you are my God. Earnestly I seek you; my soul thirsts for You; my flesh faints for you, as in a dry and weary land where there is no water” (Ps. 63:1). With this imagery, David describes his longing after God. Just as one dying of thirst in a desert longs for water, so does David’s soul long for God.

The reality is that in a fallen world every soul longs and pants for something to fill them and bring them complete satisfaction. Pascal argues,

“What else does this craving, and this helplessness, proclaim but that there was once in man a true happiness, of which all that now remains is the empty print and trace? This he tries in vain to fill with everything around him, seeking in things that are not there the help he cannot find in those that are, though none can help, since this infinite abyss can be filled only with an infinite and immutable object; in other words by God himself.” — PenséesVII 425

Jesus, through this conversation, brings the woman to unearth the dissatisfaction and lack of fulfillment in her life. She wants this living water so that she doesn’t have to keep coming to this well. She would rather stay home than risk running into people in public. With full knowledge of the woman, and how thirsty she is, Jesus takes the conversation to the place of her emptiness—the place of her sin and shame. He breaches the subject of her relationships.

Doing good evangelism requires us to uncover the hurts, habits and hang-ups—the sin and shame—of people that prevent them from feeling whole.

There may come a point in an evangelistic encounter where you think the conversation goes south. In your mind, everything was going well. There was nice back-and-forth dialogue. You feel like you were really close to getting to the final point where you ask for a decision, and then BAM! the person throws you a curveball.

In other words, the person deflects the conversation and take it in a whole new direction.

This woman did that to Jesus. After hitting a sore spot with her—talking about the man she was living with—she switches the conversation to a controversial topic. She no longer wants to talk about her and her lifestyle and choices; instead, she wants to talk about the theological differences between Samaritan and Jewish worship.

Nothing has changed. Here are a few curveballs we may encounter:

• The church is full of hypocrites.
• The belief that Jesus is the only way is so narrow and closed-minded.
• If God were really good, why all the evil?
• The Bible is so antiquated and full of errors. You really believe it?
• The church is homophobic.
• The notion of trying to “convert” someone is ethically immoral.

Guess what Jesus did? He hit the curve ball she threw.

I remember years ago I was in a local coffee shop where I crossed the table to engage a regular customer I had seen for weeks. We struck up a conversation. When it moved to religion, he immediately threw a curveball by bringing up Karl Marx and the famous quote, “Religion is the opium of the people.”

We chatted about that topic for a few minutes after which he threw another curveball by saying how most Christians he knew were fans of a capitalistic democracy, but how he didn’t agree with them. He believed socialism was a better form of government.

I followed the curveball and hit it. I pulled a little Lesslie Newbigin on him by talking about the flaw of all governmental systems. I went on to explain that God, since the very beginning, has been about establishing his rule and reign on planet earth.

And one day, Jesus will come back a second time to establish a theocracy where all of life will revolve around his kingship. In short, I told him that I agree with him and then took him on the governmental journey of explaining the kingdom of God and the kingship of Christ.

Evangelistic strikeouts occur when we fail to pick up and hit the curveball.

The last step in well-done evangelism, is pointing the person to Jesus as the soul-satisfying, thirst-quenching, hole-filling answer to life. Toward the end of the conversation with Jesus, the woman at the well states, “I know that Messiah is coming. When he comes, he will explain everything to us.”

It seems, at least by her own words, that she was waiting on the Messiah to help make sense of life.

Does this not explain most people’s positions? They are looking for some type of Christ to bring meaning, purpose, significance, satisfaction and thus salvation to life.

In responding to the woman, Jesus simply states, “I who speak to you am he.”

This is the end goal of good evangelism—to offer searching, thirsty and broken people the answer of new creation and living water that is only found in Jesus Christ.

As believers, may we take our lessons from Jesus and engage in well-done evangelism.