Home Features 4 Things That Keep Christians from Sharing the Gospel 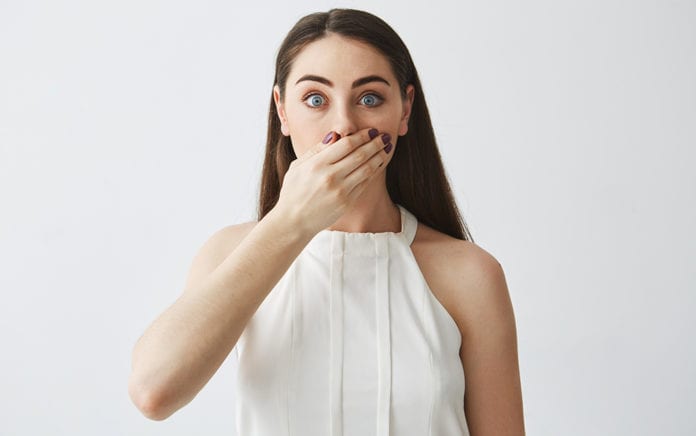 And one eternally compelling reason to overcome them.

What is it about the gospel that tempts people to feel ashamed? Even the Apostle Paul indicated that some people are going to feel this way (Rom. 1:16).

Tim Keller says in his book Romans 1–7 for You that there are four reasons modern Christians feel ashamed of the gospel:

He came for spiritual failures.

For failures like you and me, the only way to be saved is through a free gift. This is good news, but it’s also offensive news. As Keller says, “This offends moral and religious people who think their decency gives them an advantage over the less moral.”

2. The gospel tells us we’re wicked.

The gospel doesn’t just say we’ve all made mistakes. It doesn’t say we could all do a bit better. It levels the playing field by saying that apart from God, we’re utterly wicked. So wicked, in fact, that only the death of Jesus could save us. Keller says, “This offends the popular belief in the innate goodness of humanity”—or the belief that we just need to get in touch with our inner beauty.

3. The gospel tells us that many good people go to hell.

The reigning religious view of our society, assumed more often than it is stated, is that good, sincere people will be okay in the end. Maybe God grades on a curve. Maybe he’s at the top of a mountain, and our best efforts get us there in different ways. However we conceptualize it, we tend to think that good intentions will be good enough for God.

From Outreach Magazine  A Stunning Insight on Jesus and Evangelism

The gospel truth is as jarring as it could be. Good, moral people are not guaranteed heaven—for the simple reason that none of us are, deep down, actually good and moral people. It’s nice to be nice, but Jesus didn’t come to bring nice people to heaven. He came to save sinners from hell.

God is the only one who can provide salvation, and if you are going to receive it, you have to do it his way.

4. The gospel tells us that suffering is normal, not exceptional.

The gospel tells us that our salvation was accomplished by Jesus’ serving and suffering, and if we are his followers we should expect the same in following him. Keller writes, “This offends people who want salvation to be an easy life—nice and comfortable.”

Christianity is not a masochistic religion, demanding that its followers seek suffering. But the way of Christ is the way of service, and Jesus himself promised that those who hated him would hate his followers. If our lives are filled with affluence and ease, it’s worth asking if we’re actually following the suffering Savior.

The Gospel Is Offensive, But I’m Not Ashamed.

There are plenty of reasons for contemporary people to be offended by the gospel. But to be “not ashamed” of the gospel means you recognize its unpopular characteristics and proclaim it faithfully anyway.

Paul knew that the gospel message would offend everyone. But he wasn’t ashamed of it because he knew it and it alone contains the power of new life. One of the high school students at the Summit recently said to me, “The problem with phone numbers is that they have to be exactly right or they don’t help at all.

From Outreach Magazine  10 Things I Learned During the Pandemic

You don’t get points for being almost right or being in the vicinity.” If you’re trying to remember a girl’s number and get it right except for one digit, it doesn’t connect you to one of her friends or other girls like her. It’s a complete miss.

That’s a helpful image for what Paul is saying about the gospel. “You might not like the message, but it’s the only one that connects you to the power of God.” And because of that, not only was Paul unashamed, he was eager.

Paul felt the power of the gospel in his life, and he knew it was the only hope of salvation. So offensive or not, he became eager to get that message to everyone.

“If my hearers are not converted, I have wasted my time; I have lost the exercise of brain and heart. I feel as if I lost my hope and lost my life, unless I find for my Lord some of his blood-bought ones. … I would sooner bring one sinner to Jesus Christ than unpack all the divine mysteries in the Word.”